People share their best fashion looks with the #MetGalaChallenge

It’s one of the most eagerly-anticipated events of the fashion calendar, where A-listers run wild with outfits ranging from the extravagant to the downright outrageous.

And in the absence of a Met Gala this year, fans have been recreating their favourite looks from years gone by, after it was cancelled due to the coronavirus pandemic.

The #MetGalaChallenge was launched last week by Pose actor Billy Porter and Vogue Magazine, asking people to recreate their favorite looks in the ‘fashion challenge to end all fashion challenges.’

From the isolation of their homes, participants put on some great DIY looks, taking inspiration from standout Met Gala looks from years past, from Lena Waithe’s rainbow cape to Cardi B’s relegion-inspired gown from 2018.

The Met Gala traditionally takes place the first Monday of May each year at the Metropolitan Museum of Art in New York, however, the fashion event was postponed this year after the city was put under a strict lockdown in order to limit the spread of the disease, with 165,000 confirmed cases and 12,774 deaths.

This year’s Met Gala theme would have been About Time: Fashion and Duration, inspired by Virginia Woolf and the theories of the French philosopher Henri Bergson.

Here Femail shares some of the best efforts at recreating the stars’ most outlandish looks from recent years.

Actor Billy Porter and Vogue Magazine have challenged people to recreate their favourite Met Gala looks in an online challenge in light of the event’s postponement this year. Pictured, left: Aili Adalia recreating a look Janelle Monae wore at the Camp: Notes on Fashion Met Gala in 2019 (right) 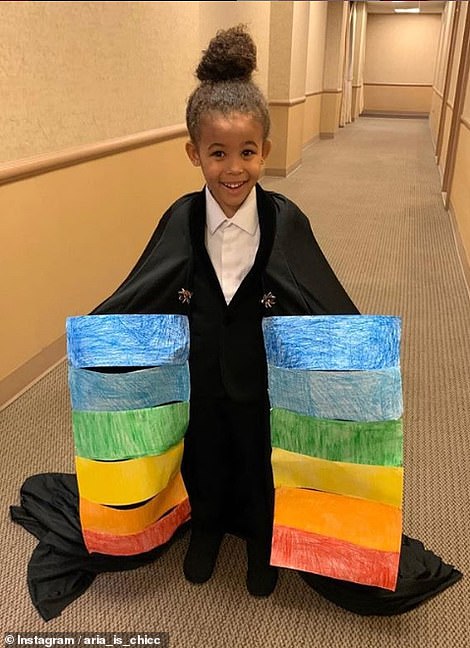 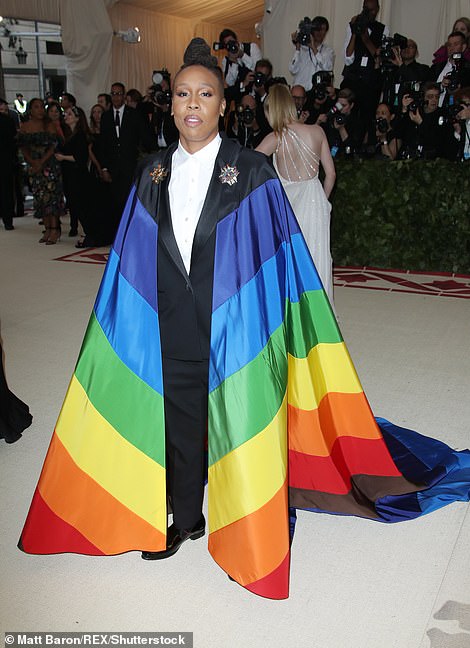 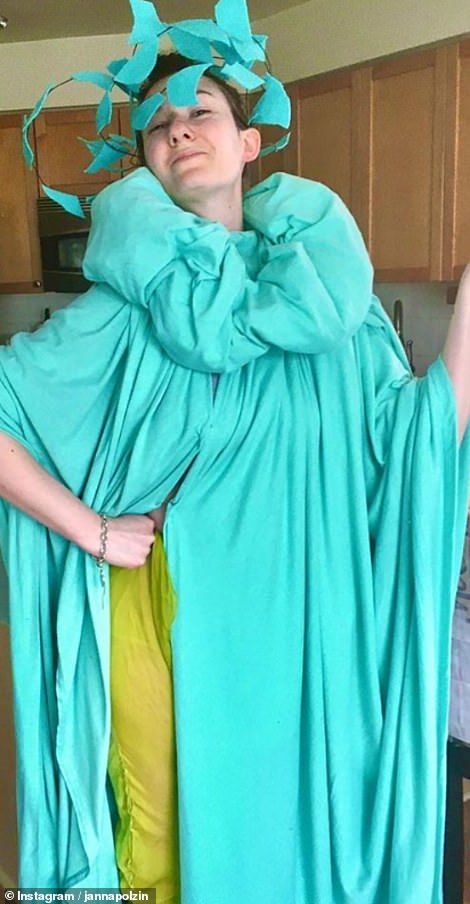 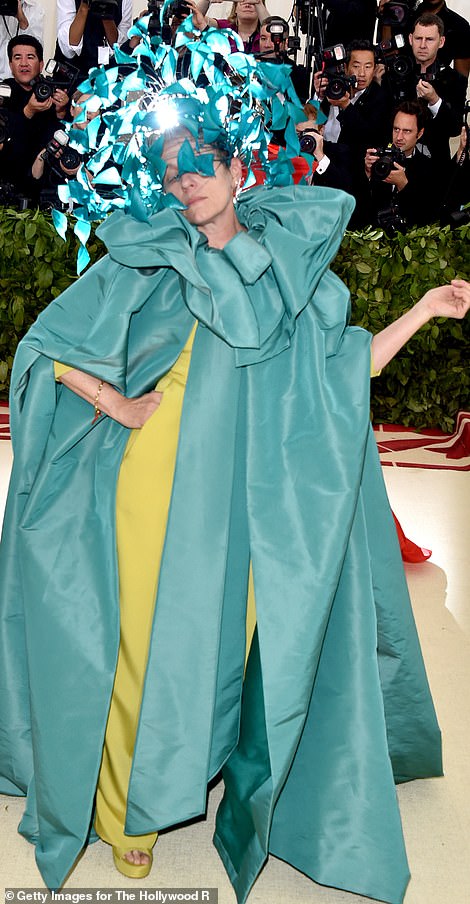 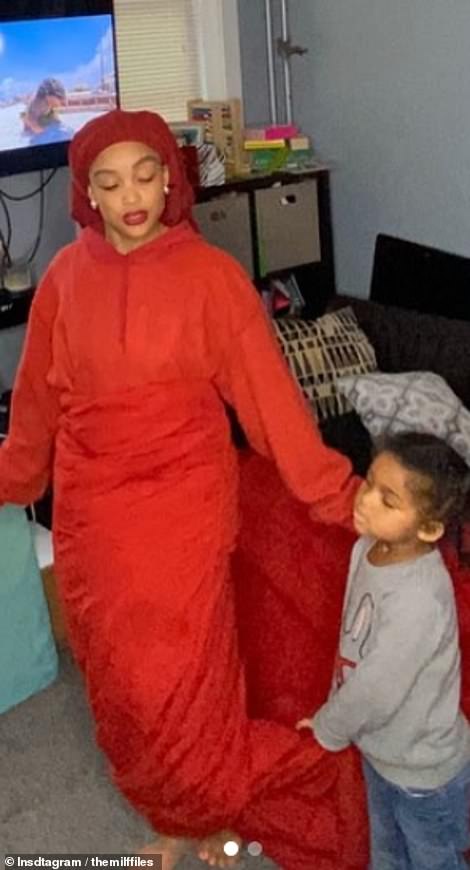 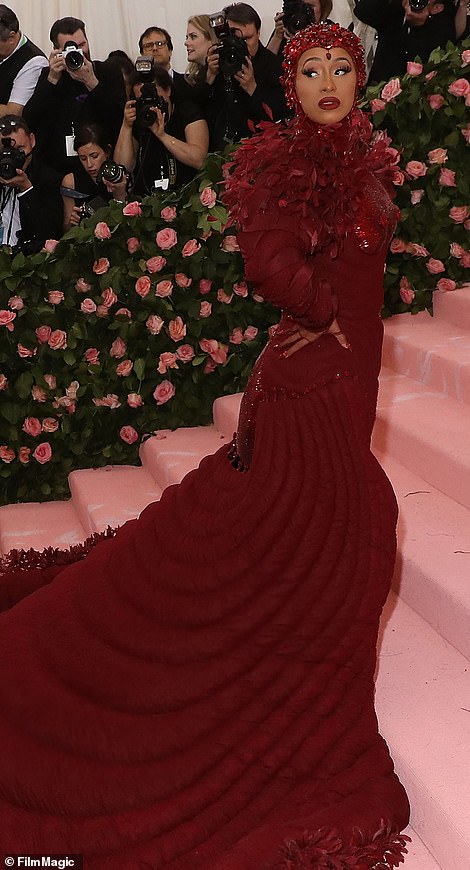 Parenting blogger themilffiles from Philadelphia, as Cardi B at the 2019 Met Gala (left). Rapper Cardi B stunned in a blood red Thom Browne gown collaboration with British milliner Stephen Jones for the Camp theme of 2019 (right) 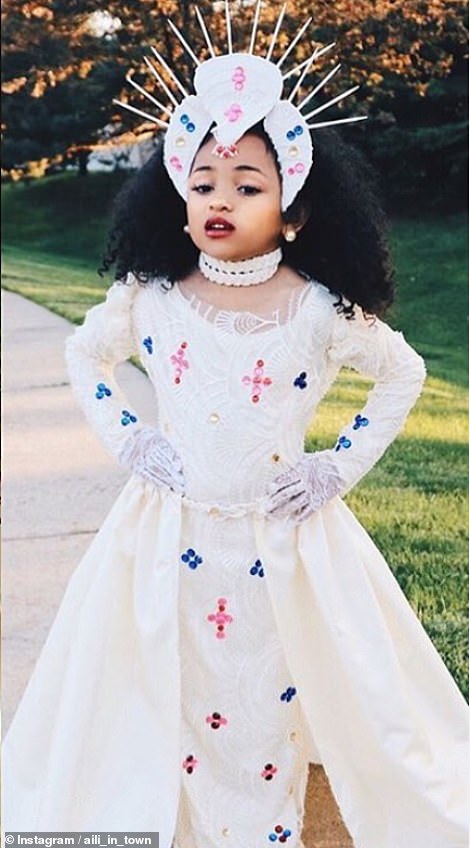 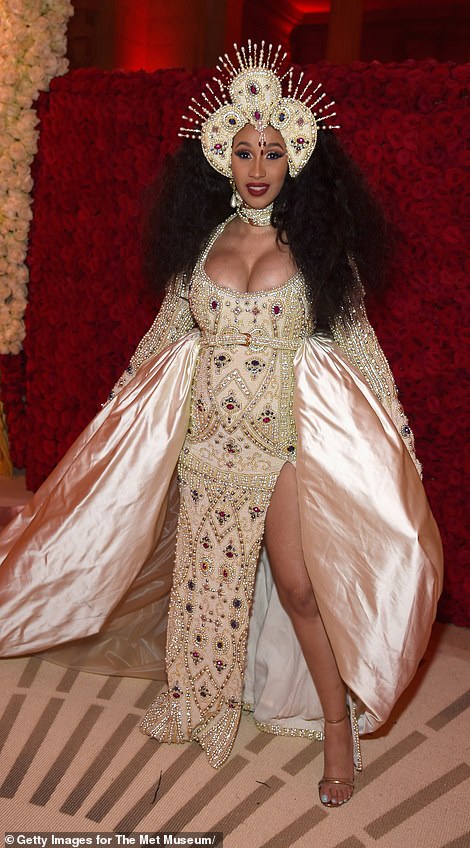 Child influencer Aili Adalia from Detroit, who loves to dress up, recreated Caradi B’s 2018 look with the help of her mother (left). In 2018, Cardi B, pregnant at the time, wore a Catholicism-inspire gown for the Heavenly Bodies theme (right) 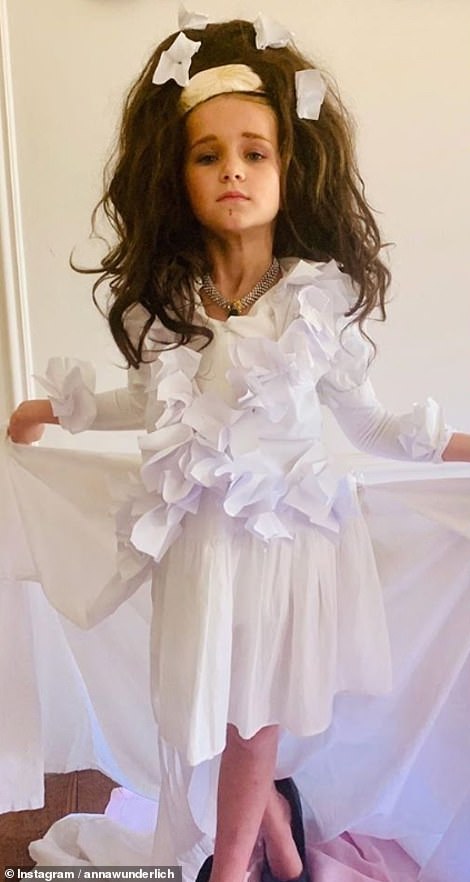 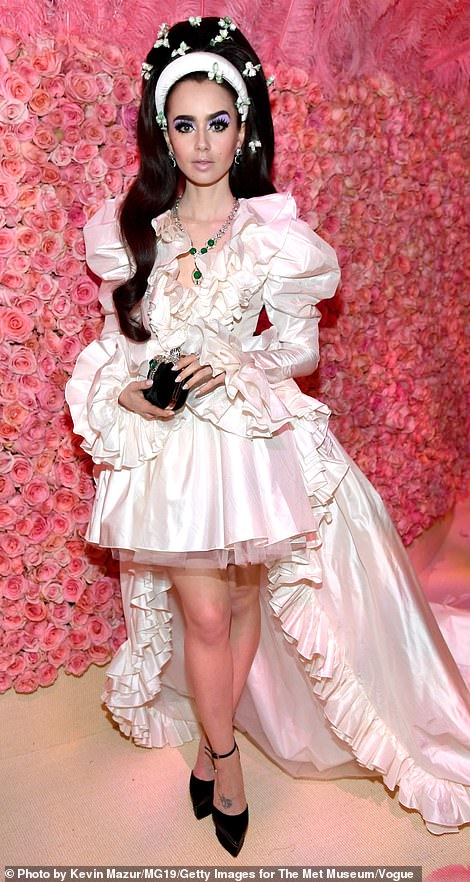 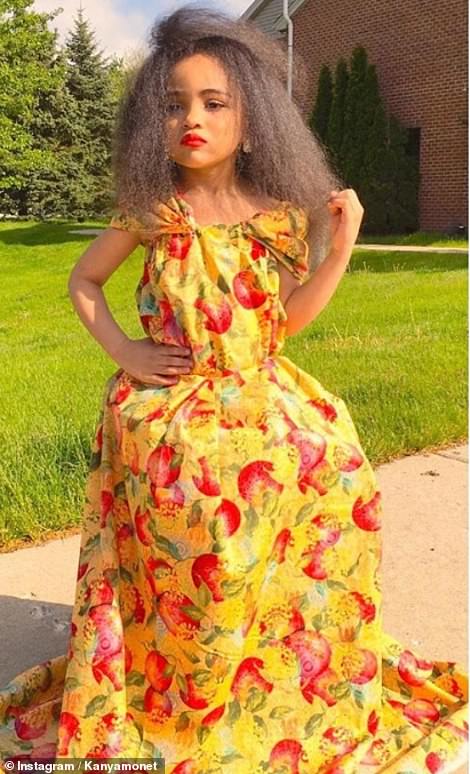 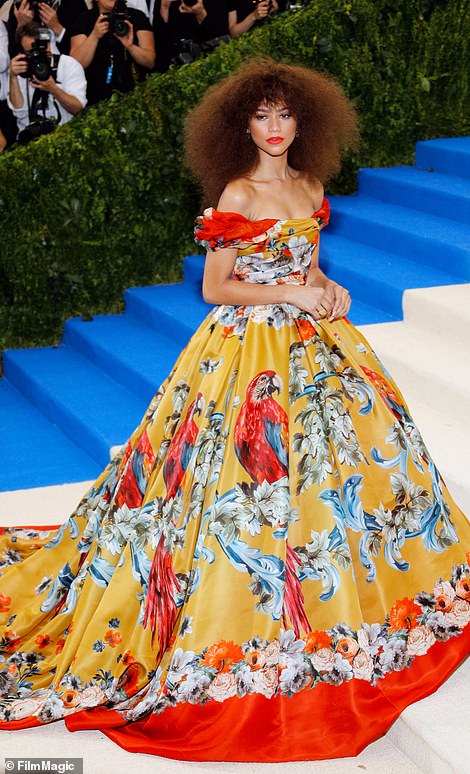 In another colourful snap, Aili Adalia wore a fruit-print dress like the gown Zendaya wore to the 2017 event (left).  The Spiderman Homecoming and Euphoria actress Zendaya Coleman looked beautiful in this gown at the Rei Kawakubo/Comme des Garçons: Art of the In-Between’ Met Gala of 2017 (right) 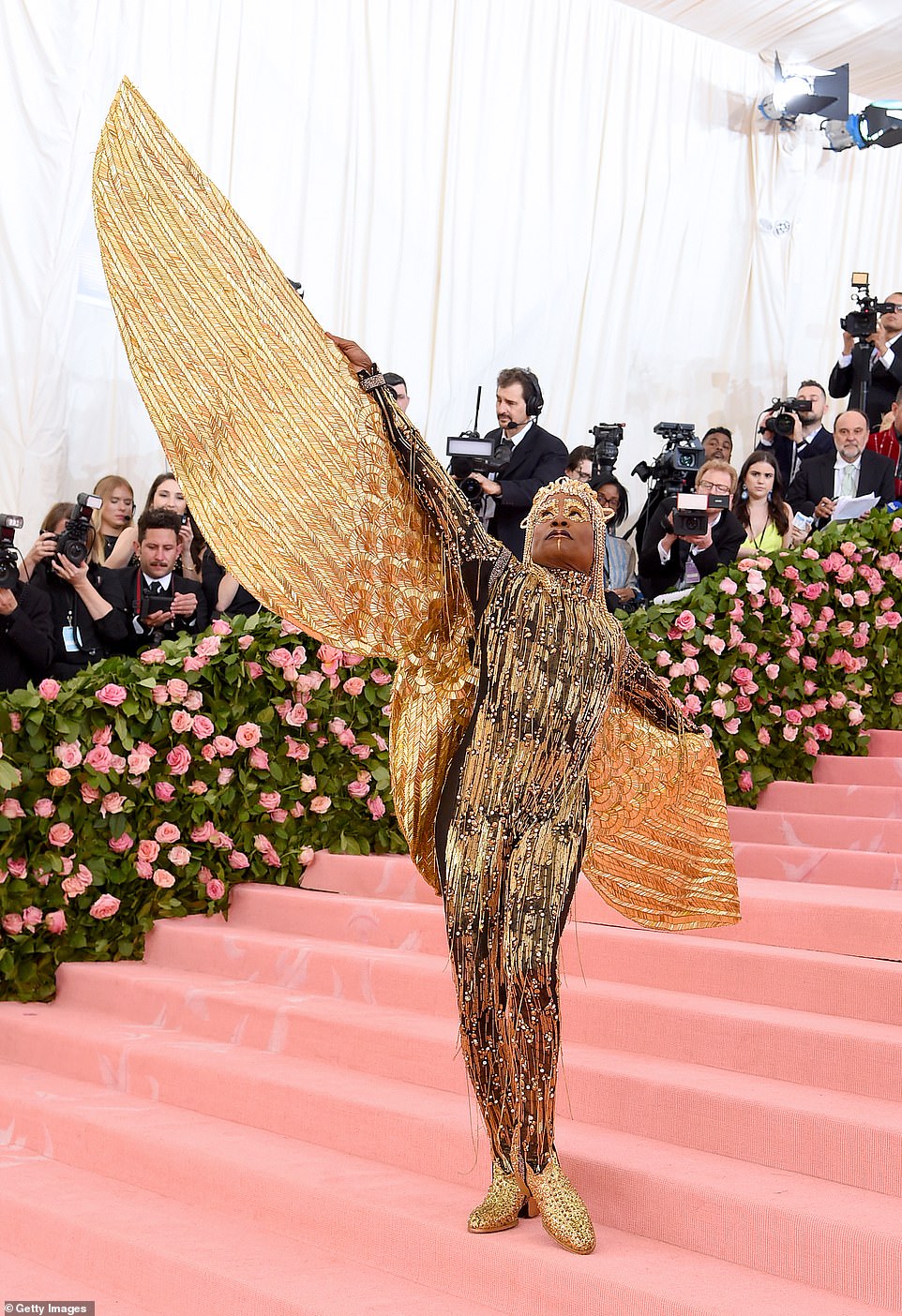 Billy Porter, who always makes an impression at the Gala with his beautiful statement outfits, launched the challenge with Vogue Magazine (pictured at the Camp: Notes on Fashion at Metropolitan Museum of Art on May 06, 2019)