Should have waited for a professional! People reveal their DIY fails after trying to do home improvements during the lockdown

For people all over the world, the lockdown has proved the perfect time to get started on some long-awaited home improvement projects.

But while many have relished the opportunity to brush up on their DIY skills, others were left wishing they’d left it to the professionals.

From paint spillages to woodwork projects which proved far more challenging than anticipated, regretful homeowners have shared their DIY disasters on social media.

If you were planning on rolling up your sleeves this weekend, these unfortunate outcomes may make you think twice.

Chanelle, from Eastbourne, East Sussex, shared this snap yesterday, admitting: ‘Obviously not as good at painting as I thought’

Matthew Allen, from Bristol, shared a video of his home improvement disaster, which happened while he tried to dismantle his shower unit. He explained: ‘The unit had two large panes of glass. I managed to remove one without any hassle. But the other one was practically sealed into the metal frame. I had to twist the frame and within seconds it just exploded. Got the glass out though’ 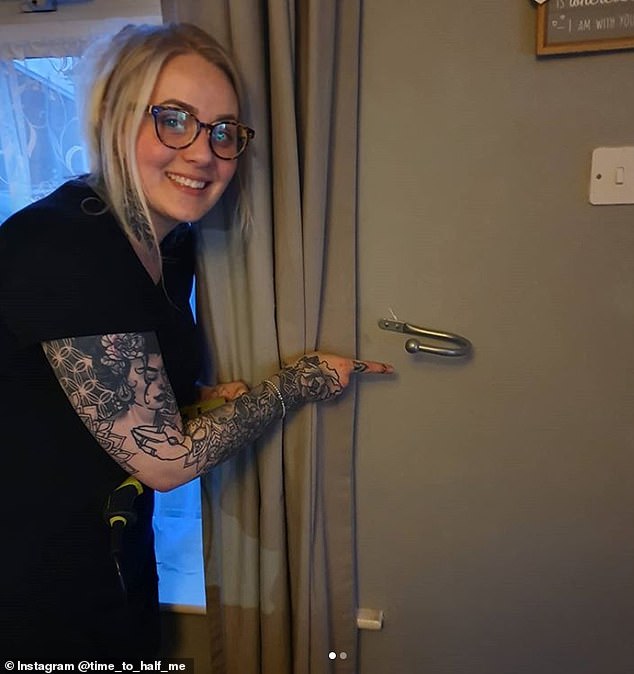 Lorna, from Nottingham, was left unimpressed when her DIY assistant (pictured) replaced the curtain ties the wrong way around on the wall 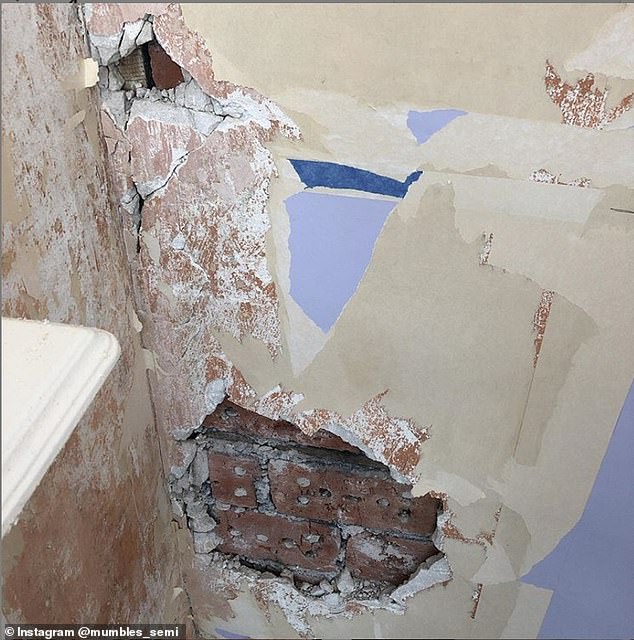 While trying to strip off old wallpaper during a house renovation project, Sophie, from South Wales, told how she got more than she bargained for as chunks of the wall came with it 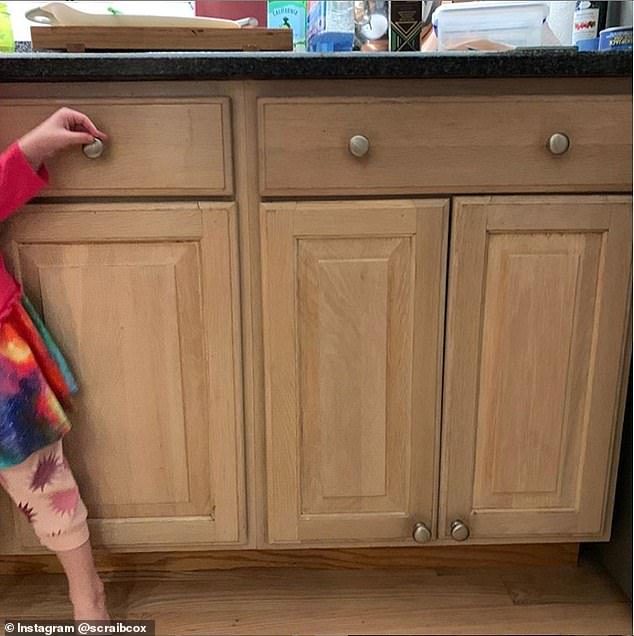 Susanna Craib-Cox, from an unknown location, joked something didn’t seem quite right with her kitchen cupboards – revealing a snap of the doors on upside down, followed by the hashtag #diyfail 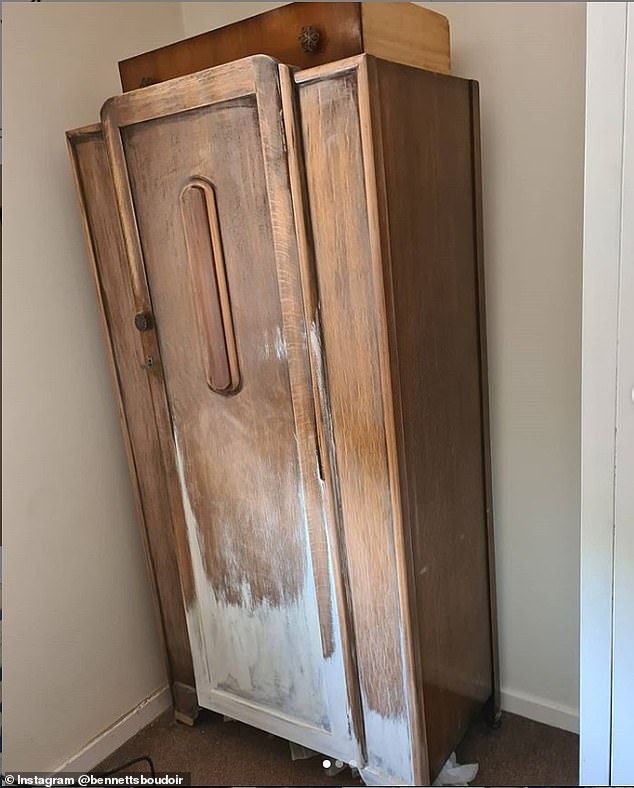 Amie, from the West Midlands, shared this snap of a wardrobe bought from Shpock for £10. She spent hours sanding it down, but bought poor quality paint which meant stains bled through. She admitted she’s currently wearing pyjamas because she can’t bear using it 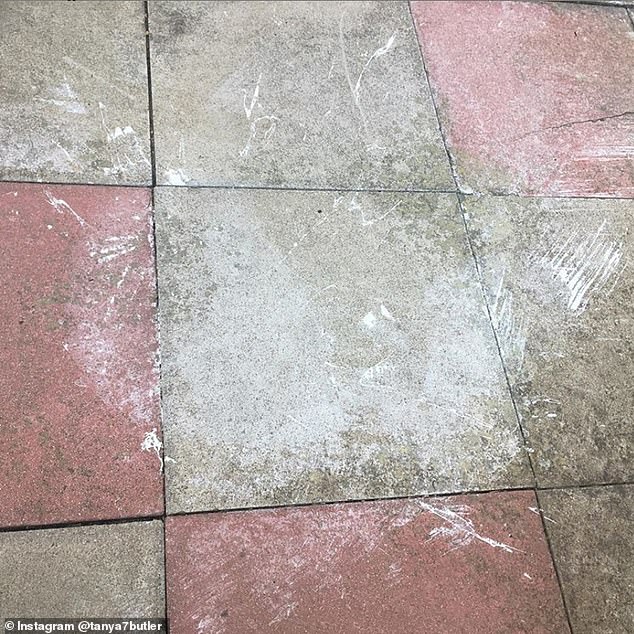 Tanya Butler, believed to be from the UK, shared this snap of her patio after an hour of trying to scrub off the paint she accidentally spilled on it when the can slipped out of her hands while shaking it 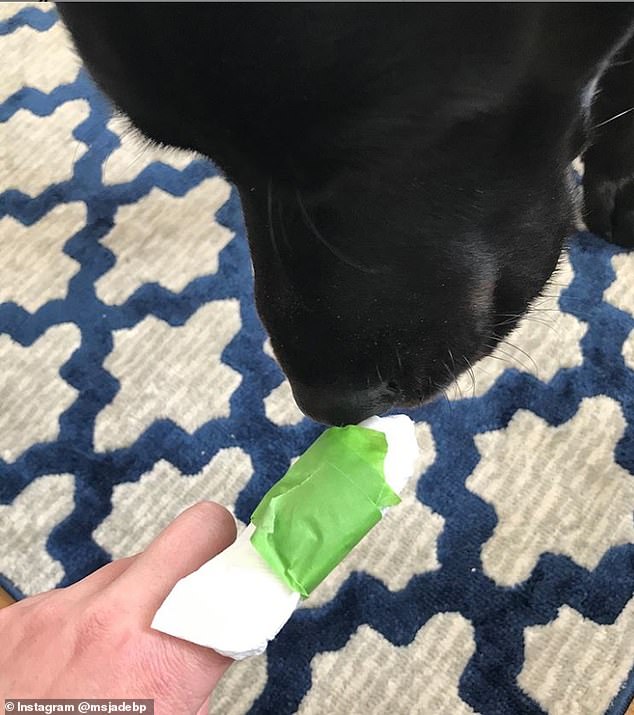 Jade, from the UK, told how she received some dodgy first aid from her daughter after slicing off the top of her finger with a Stanley knife during some DIY 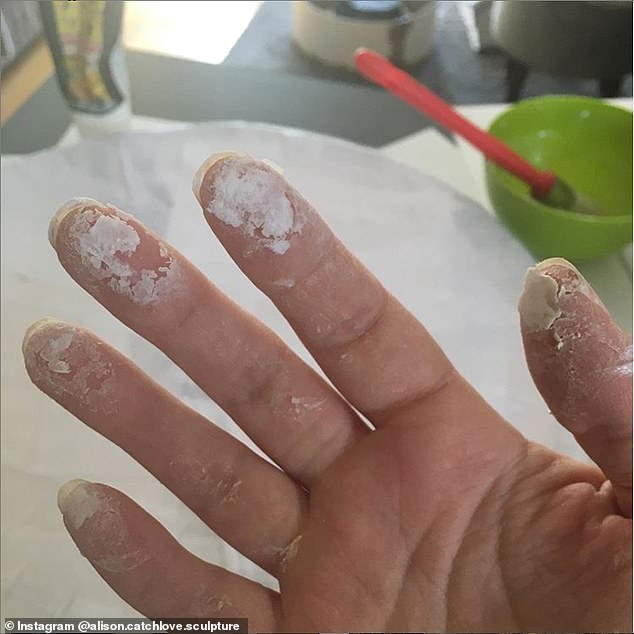 Artist Alison Catchlove made an unfortunate error while trying to construct a hat box, using No More Nails instead of PVA glue. She wrote: ‘Now I’ve got no more nails or fingerprints and the kitchen worktop isn’t looking too good either’ 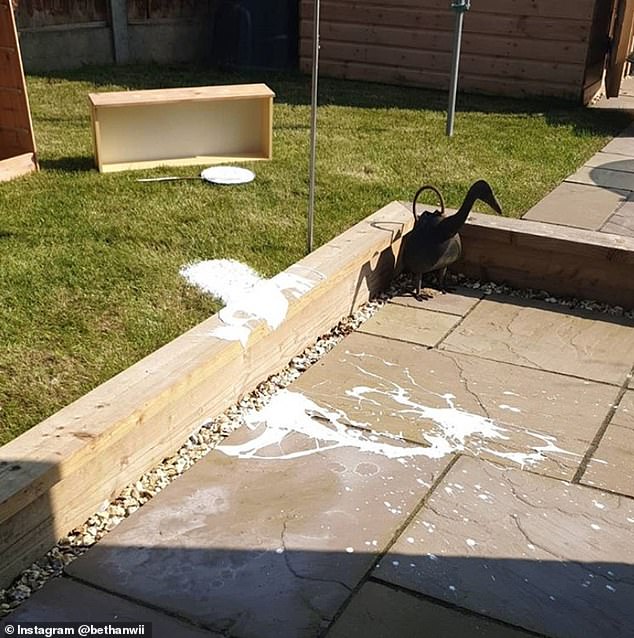 Bethan, believed to be from the UK, shared this snap of spilt paint in her garden, which she insisted was not her doing 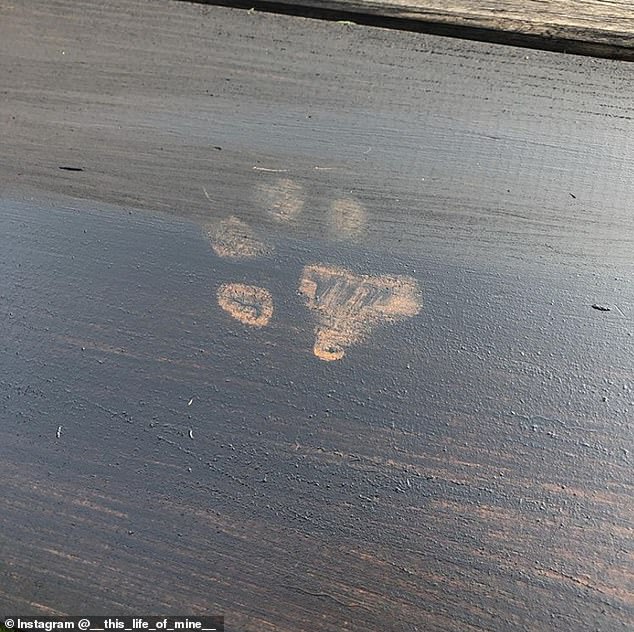