Dining disasters! Amateur chefs share their most questionable recipes – from a bowl of pasta topped with Nutella and cheese to cereal with SAUSAGES

There is nothing wrong with being a bit experimental in the kitchen, but these bizarre recipes take things a step too far.

Social media users from around the world took to Twitter to shared the most divisive dishes they’ve come across, with the most stomach-turning meals collated in a gallery by Bored Panda.

Some people claimed the dishes should be ‘cancelled’, while others stepped up to defend their favourite unusual dish.

One very unique meal included Nutella on pasta topped off with grated cheese.

Another person decided to cook his stake in an unconventional way by using a waffle maker. While another, took Hawaiian pizza to a new level by making ham and cheese toasties with a full slice of pineapple on top.

Social media users from around the world took to Twitter to shared the most divisive dishes they’ve come across, with the most stomach-turning meals collated in a gallery by Bored Panda, including this chef from Pennsylvania who decided to cook his steak in a waffle maker 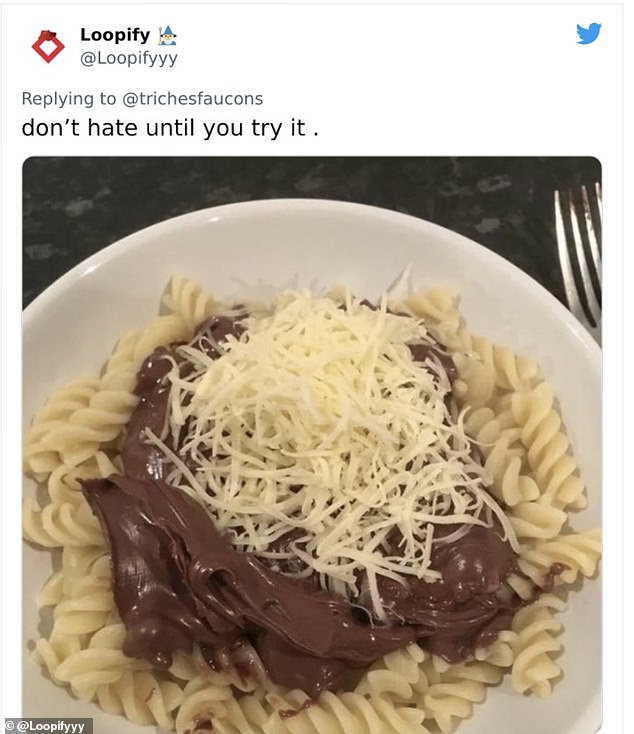 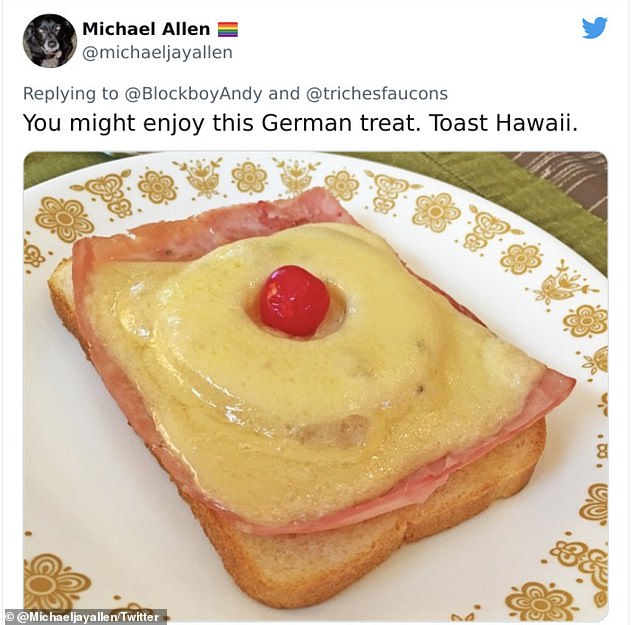 Michael Allen claims this is a German treat which consists of ham, pineapple and cheese on toast 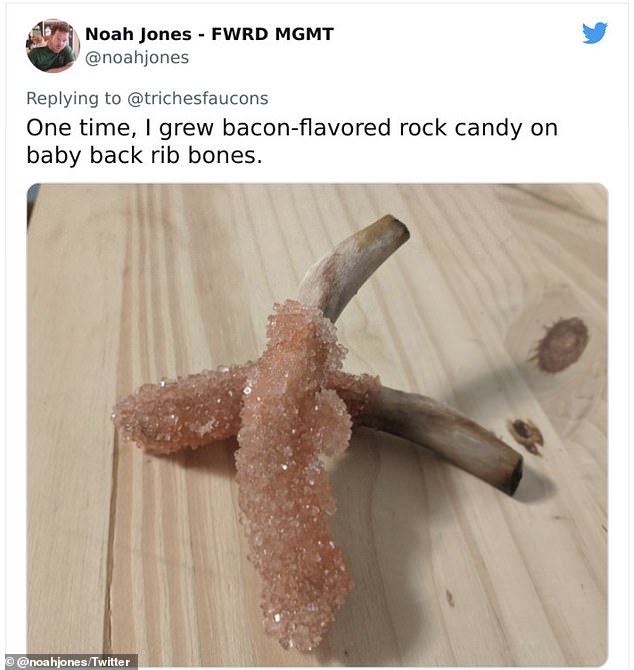 Noah Jones from Wisconsin, once grew bacon candy on rib bones for a highly unusual snack 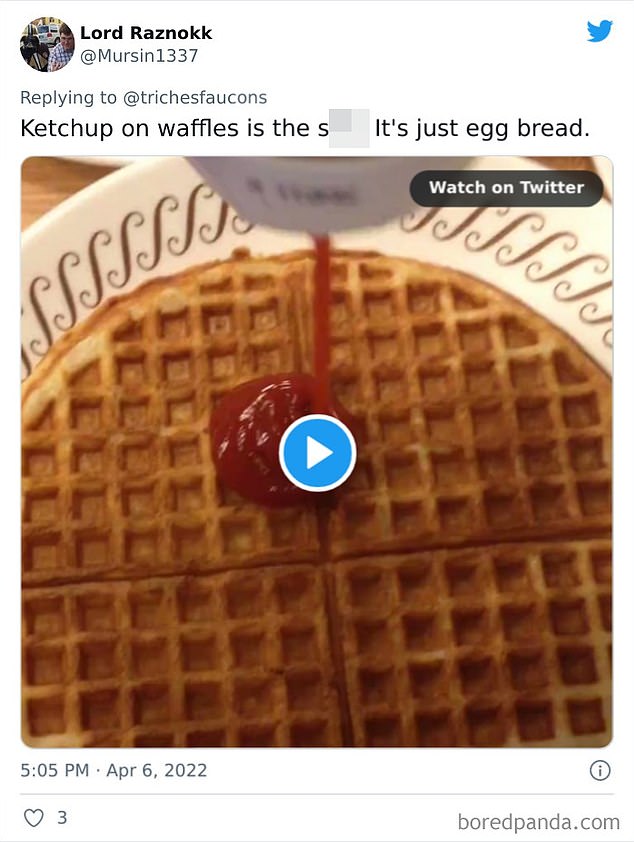 This Twitter user spoke out in favour of serving ketchup on waffles, claiming it is just ‘egg bread’ 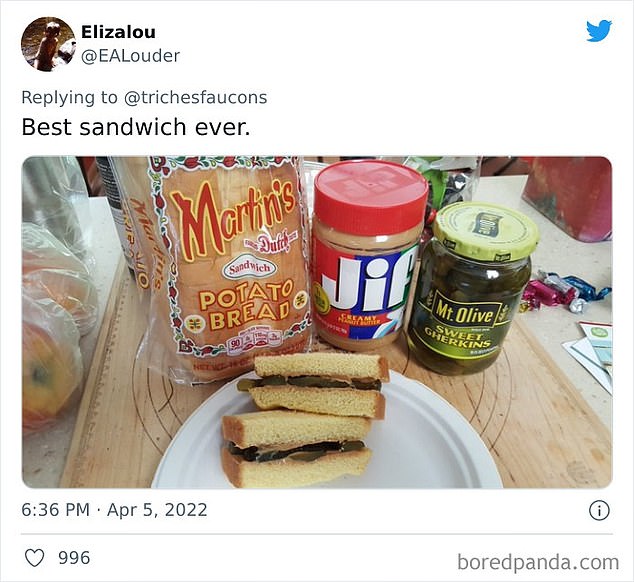 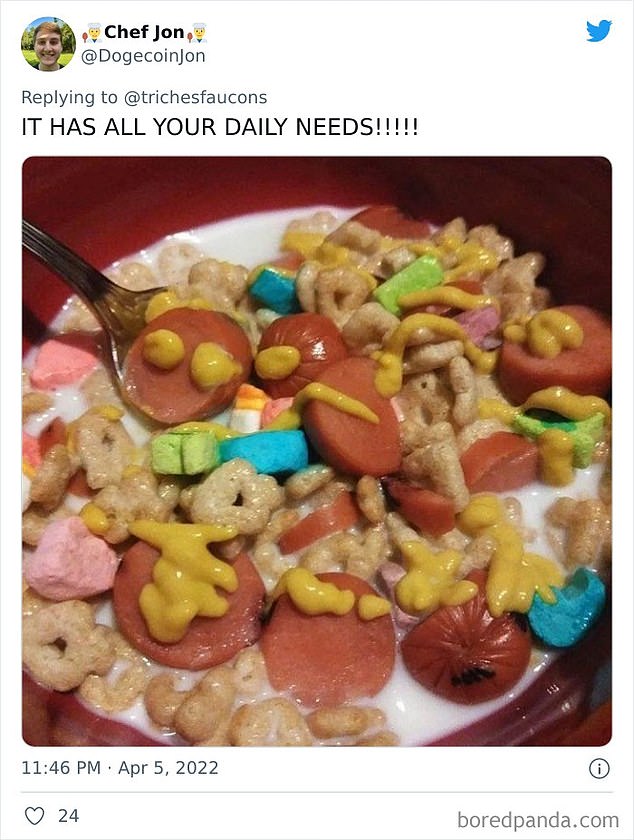 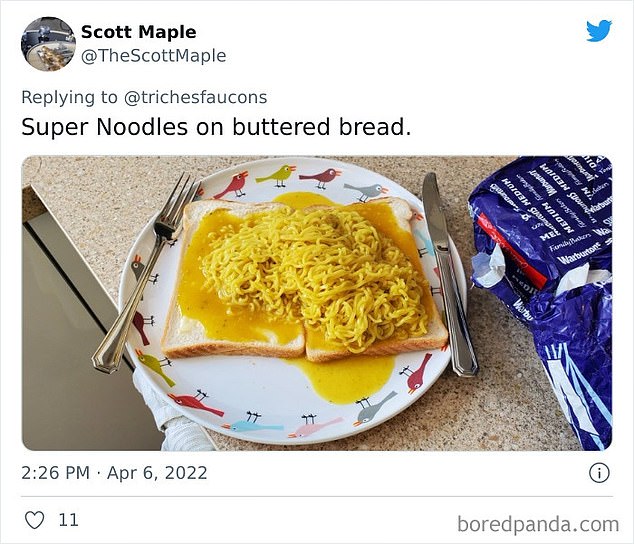 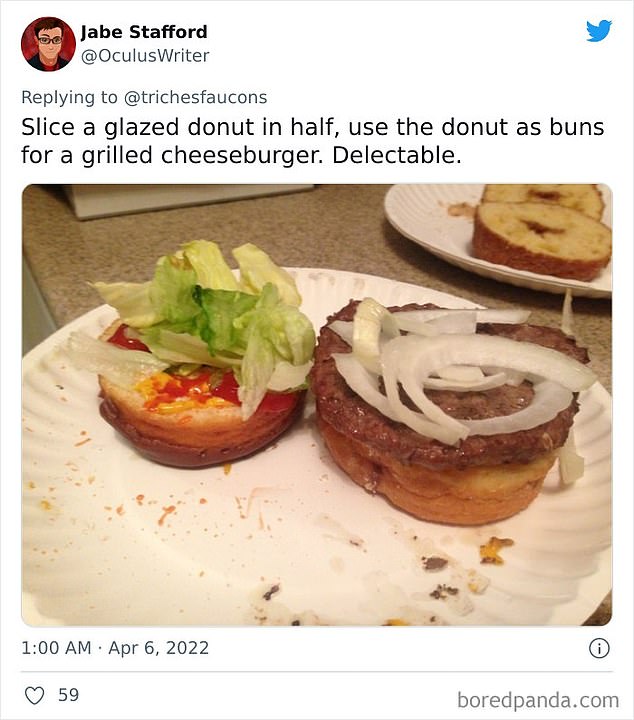 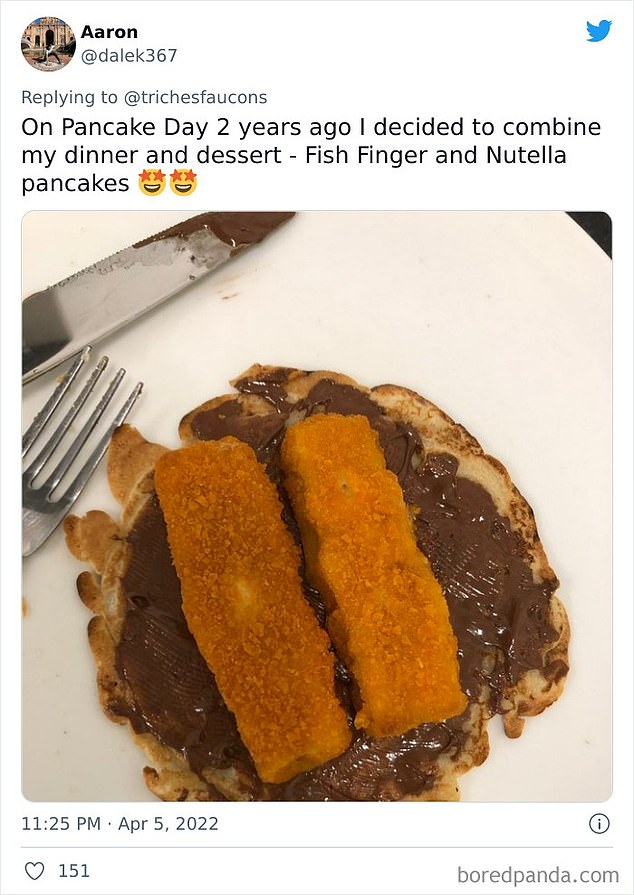 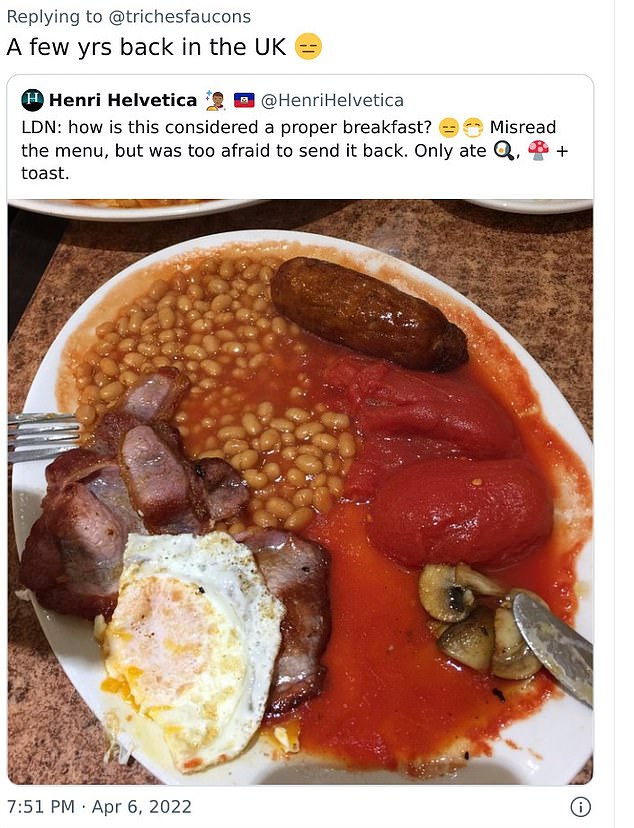 Shocking! Henri Helvetica does not think this is a proper breakfast but we’re inclined to disagree seeing as it has some of the best parts of a Full English on the plate 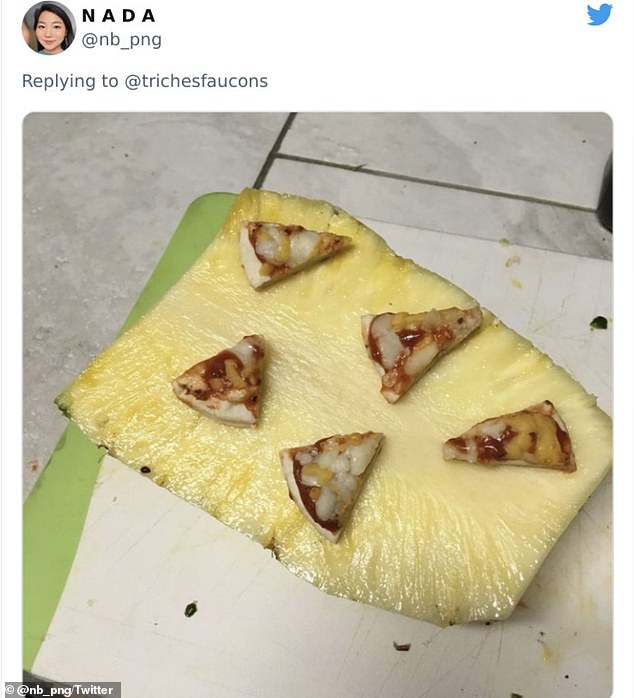 Creative! Nada gave a unique twist the the pineapple of pizza debate by putting little pizza slices on pineapple 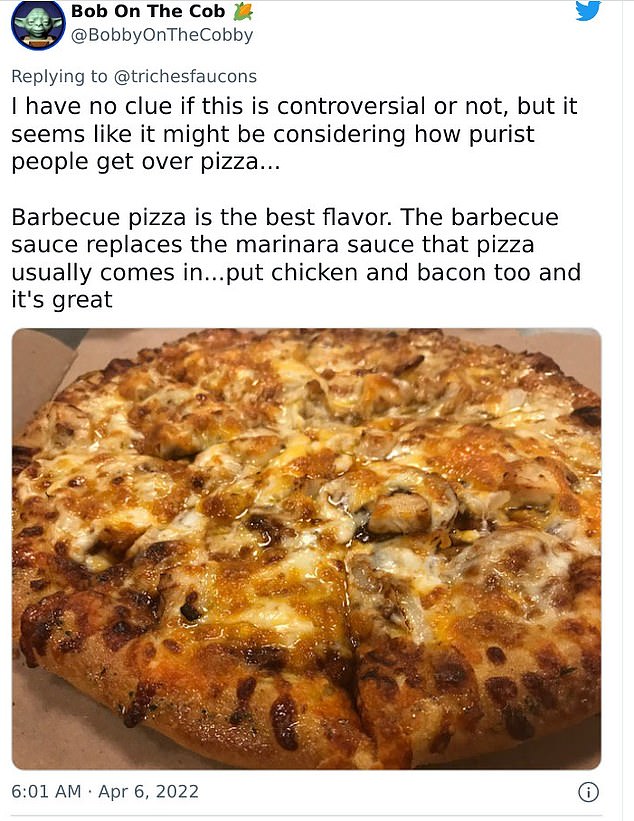 A slice strange! Bobby thinks barbecue pizza is the best flavour which is slightly confusing are there are so many flavours to choose from 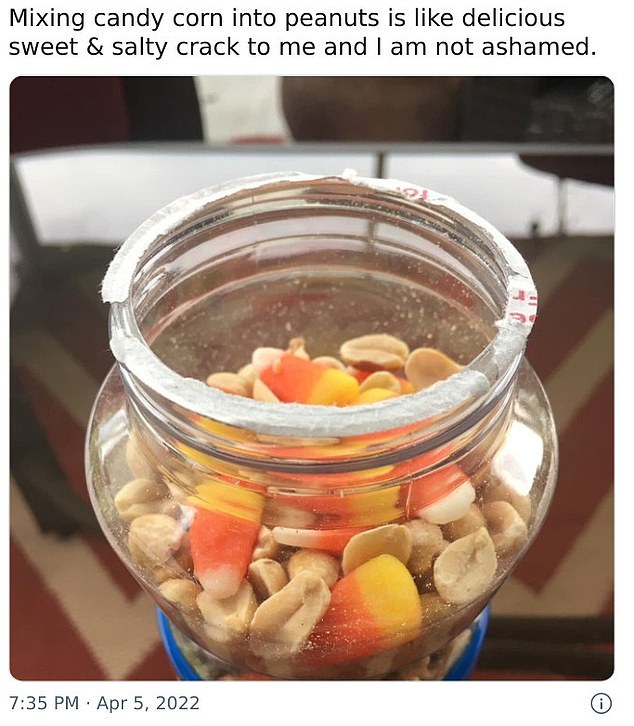 Salty and sweet! Matt Richardson from South Carolina claims that candy corn and peanuts is a good combination