A British filmmaker who revealed he had an unusual encounter with Hugh Grant, has urged others to share their surreal experiences with celebrities.

Writing on Twitter Michael Segalov, from London, who is a contributing editor and filmmaker, claimed the Hollywood actor stuck his tongue out at him while he was riding a bucking bronco in Liverpool last year.

Taking to the social media site, he asked his 24,000 followers to contribute their own bizarre and heartwarming encounters, which has since been collated by Bored Panda.

The post, which has received more than 31,000 likes – includes everything from one guy who mistook Morgan Freeman for a family friend, to another who praised Stephen Fry for helping her secure a job at a bookshop.

Filmmaker Michael Segalov, from London, sparked a viral thread sharing encounters with celebrities on Twitter after telling his own story of meeting Hugh Grant (pictured)

‘Outside a bathroom at Disneyland, Lindsay Lohan noticed my daughter who was upset about her new braces,’ wrote one.

‘Lindsay told my daughter that she thought braces were cool and how fun it is to get the bands changed. I always had a special place in my heart for her after that.’

Another penned: ‘I once peed next to Archbishop Desmond Tutu in the toilets of Coventry Cathedral.’ 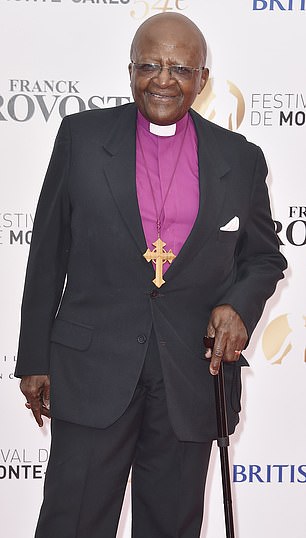 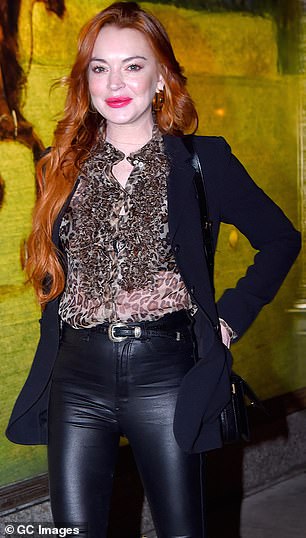 Others told how they engaged in lengthy conversations with celebrities without even realising who they were.

One Twitter user revealed how he once confused Morgan Freeman for a family friend.

‘I mistook Morgan Freeman for a friend of my parents when he said “hi” in a queue at the bank, and spent 10 minutes filling him in on my mum’s health,’ commented one.

‘He was engaged and charming throughout. The teller asked how I knew him, I looked over in shock and he grinned and winked.’

Another wrote: ‘Sat next to Ryan Gosling at Broadway play. Didn’t recognise him until we were chatting at intermission.’

‘My face registered that because he laughed and said, “you just figured out who I am.” I nodded. He grinned and said, “clearly you don’t spend enough time on Pinterest.”‘

Speaking of her encounter with Stephen Fry, a third explained: ‘Was in a bookshop waiting to interview for a job there when I saw him shopping.’

‘I approached and we chatted. I told him I was waiting for a job interview. He insisted on waiting with me until the manager came to meet me and he told her she simply must hire me. I got the job.’

Another claimed they had their sunglasses stolen by Liza Minnelli while visiting a Caribbean resort in the Eighties.

‘I left my mirrored sunglasses at a poolside table at a Caribbean resort in the 80s,’ wrote one. ‘Liza Minnelli and some friends sat down thinking the table was free.’

‘She put on my sunglasses and they all started laughing. Then they walked away. Liza Minnelli stole my sunglasses.’ 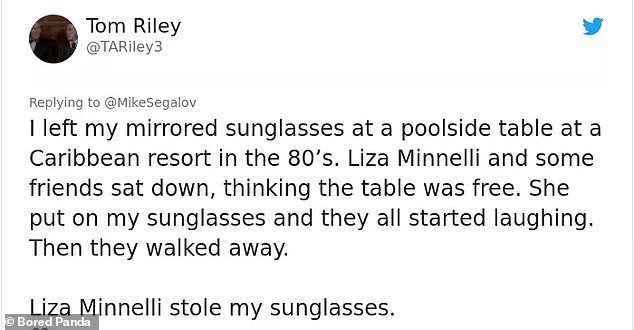 A number of people revealed many of the celebrities they had met made jokes, including one who had always dreamed of Alan Rickman reading them a restaurant menu – which actually came true 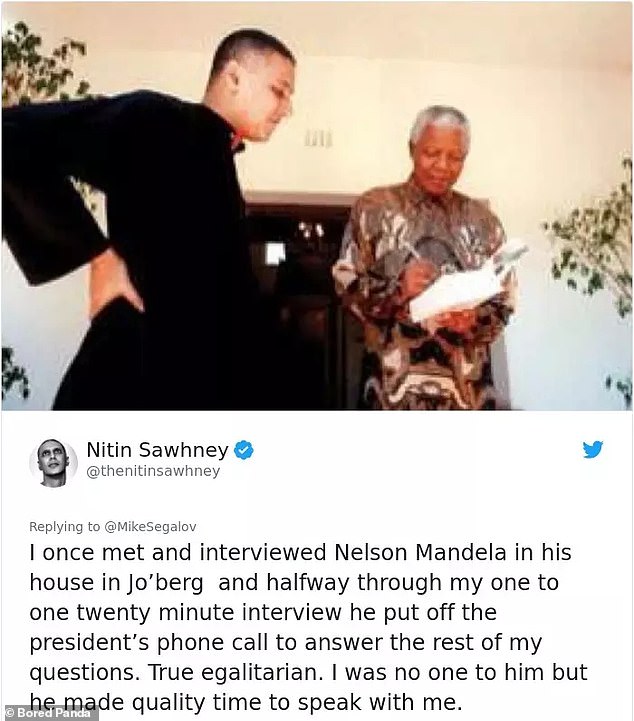 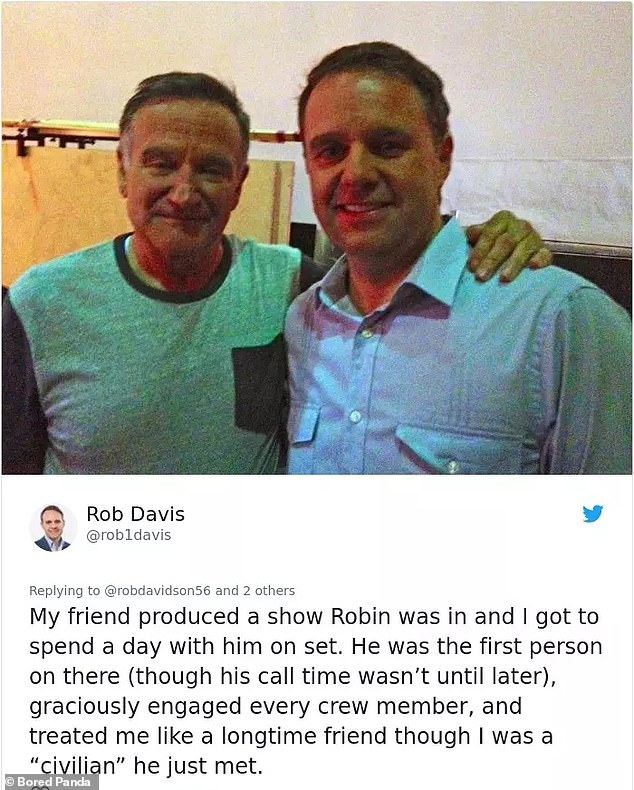