It can be highly irritating to receive an unwelcome text from an ex-partner – but thankfully, these cutting replies show how a harsh comeback is sometimes all that is needed to stop the unwanted contact.

Bored Panda rounded up a selection of the funniest exchanges people from across the world have had with their formal flames, which were initially shared on popular Instagram account Texts From Your Ex.

Among the collection of sarcastic, cheeky and creative responses was a singleton who sent a GIF of a woman being hit with a ball alongside the caption ‘what you did to me’ in response to their ex sending a picture of a couple hugging.

Another said they weren’t free ‘for the rest of my life’ after a former flame asked if they were busy today.

Here, FEMAIL reveals some of the sassiest text messages…

Maybe next year! This post shows a person, from the UK, hilariously rejecting an ex’s proposal for them to speak more 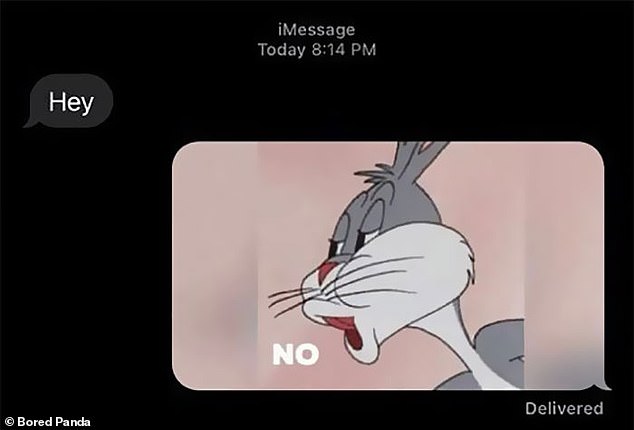 No chance! One person sent their former flame a GIF captioned ‘No’ when they sent a text which read ‘Hey’ 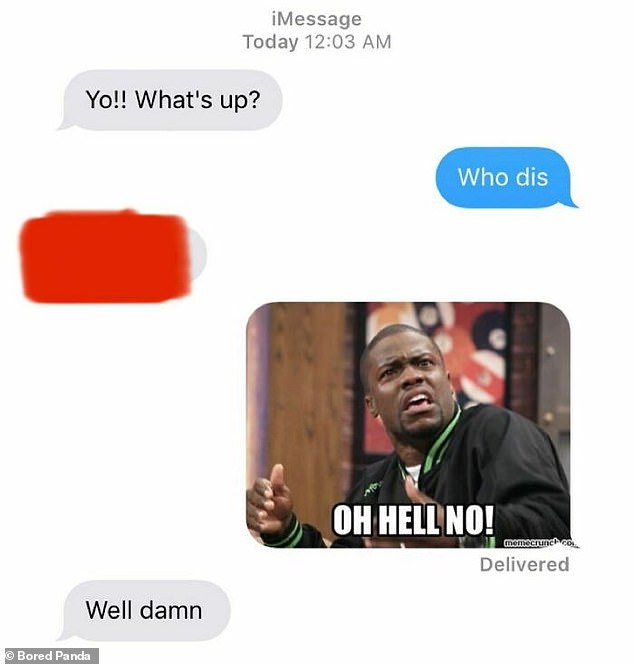 ‘Who dis?’ Upon realising that it was their ex texting them, this person sent an appropriate GIF of Kevin Hart 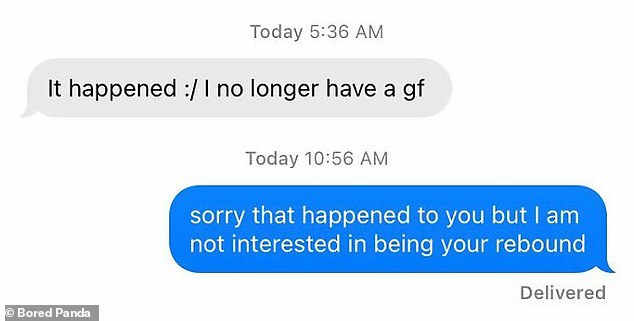 Not interested: One person made it very clear that they wouldn’t be their ex-partner’s rebound 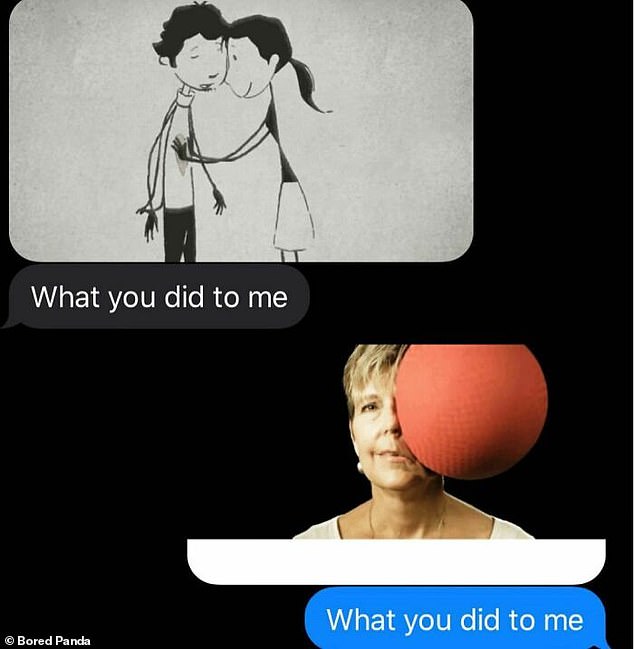 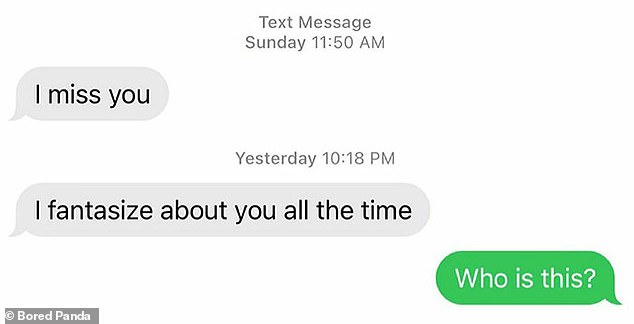 Ouch! Another person appeared to have deleted their ex’s number and replied: ‘Who is this?’ when they received a text from them

Talk to you never! This savage response saw one person, believed to be from the UK, claim to be busy forever in a bid to avoid talking to a former flame 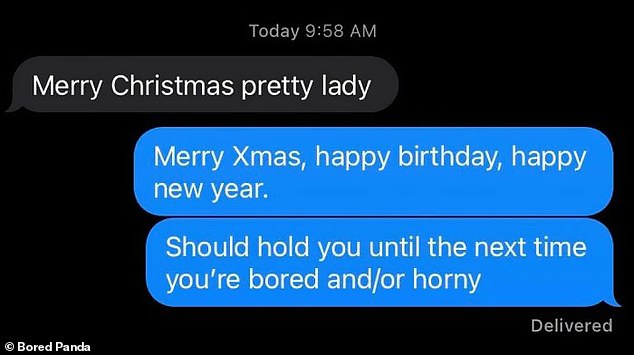 Covering all occasions! One person, from the UK, made sure they were covered for a year’s worth of unwanted interactions by wishing their ex a happy birthday, New Year and Merry Christmas 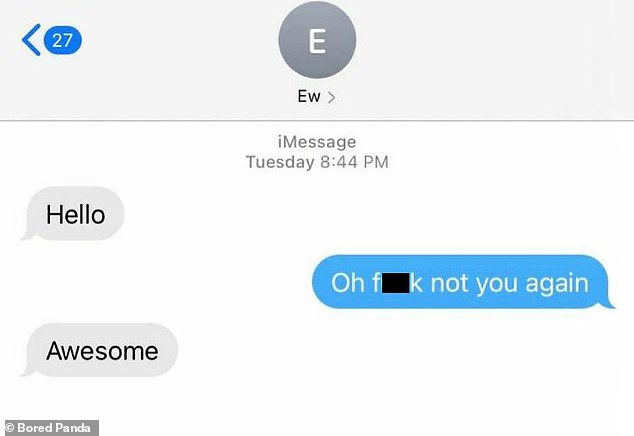 Not interested! One person saved their previous partner’s name as ‘Ew’ and replied: ‘Oh f*** not you again’ when they tried to reach out 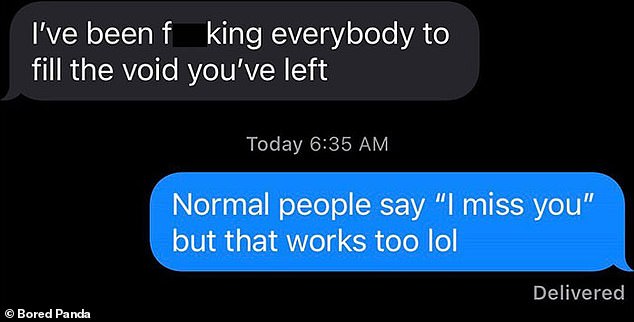 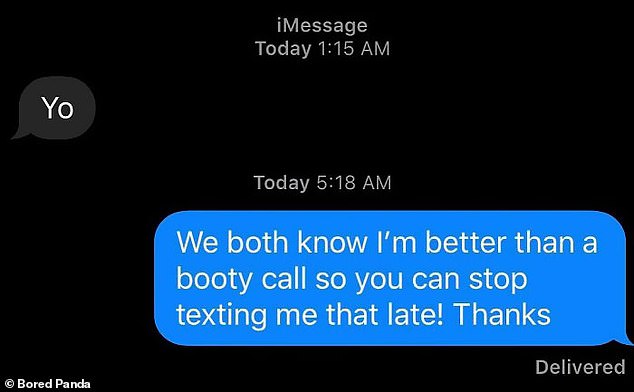 Too early! One person was less than impressed when their ex partner text them at 1.15 in the morning 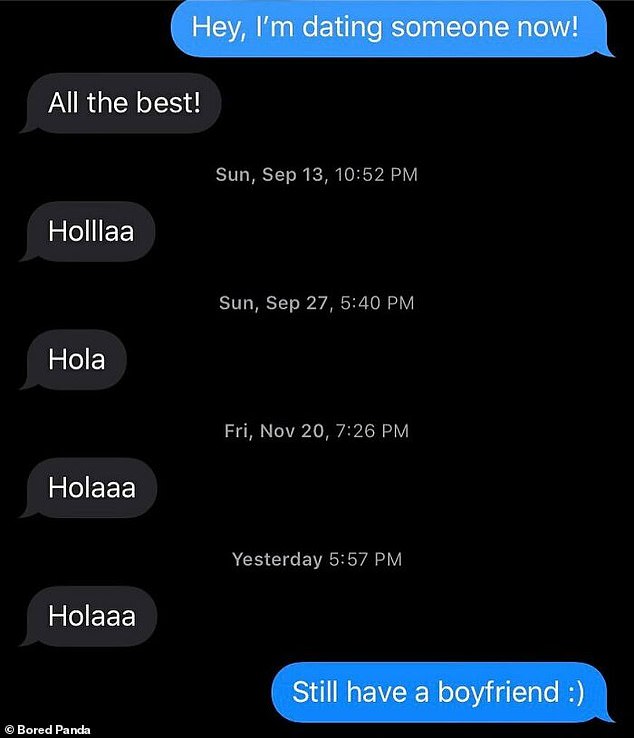 Not available: This person eventually replied to their former flame to tell them they still had a boyfriend