In a new social experiment video from Cut.com, the trio of people is seen trying to spot those who look like they might have a criminal record out of a group of eight total strangers.

Allowed to ask just few very basic questions about background – such as how many kids they have, if any, where they now work, and what their home life is like – Madison, Monica, and Darange then had to offer up their thoughts on the person’s potential criminal background, awkwardly telling the person their feelings straight to their face.

Experiment: Three people tried to spot who they think is a criminal out of a line-up of eight, solely based off what they look like and what they do 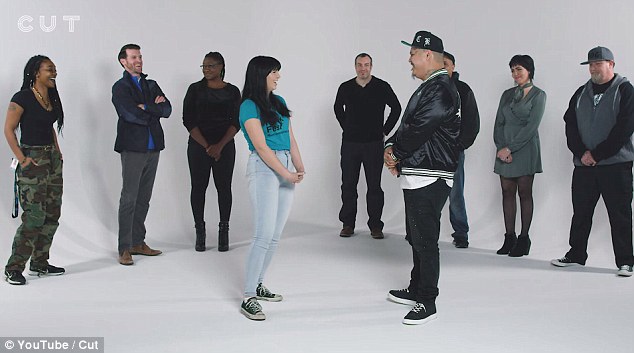 Unsure: No one knew what the experiment was and what they had to do, including Madison (left) and were surprised when asked to guess which strangers have a criminal record 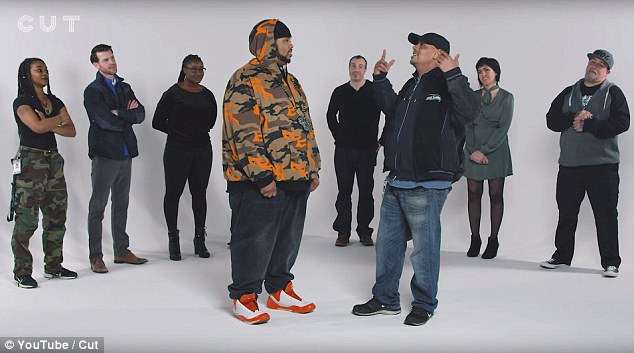 Rules: Eight people who were a mix of criminals and non-criminals stood in a line-up and were called up one-by-one to speak with the three people, including Darange (left) who had to guess

The video, which has already amassed more than 3.1 million views on YouTube, sees each of the three participants taking their turn at the guessing game, starting off by introducing themselves to the line-up of eight people.

From there, they begin to ask a few personal questions about each person’s background, while also making comments on their appearance, from any visible body art – which generally seems to make them believe the person is more likely to be a criminal – to their choice of clothing.

Unsurprisingly, there is a certain amount of awkwardness between each guesser and their subject, with Monica even saying to the cameras: ‘I hope nobody is offended by what I’m going to say!’

But that didn’t stop her from being incredibly honest about her thoughts on each person.

One black woman, for example, immediately sparked ‘criminal’ thoughts in Monica’s mind because of her outward appearance; she was dressed in camouflage pants, and a black T-shirt, and had her hair in corn rows.

Monica admitted that, based on looks alone, she would have to guess that this woman was a criminal – however, when she found out that the unnamed woman worked for the Boys and Girls Club, she changed her mind, noting that she didn’t believe anyone in that job could have a record. 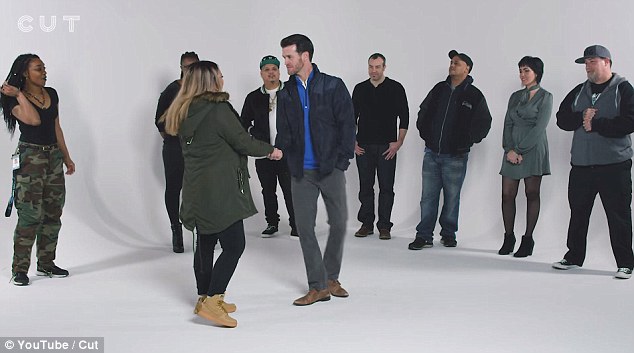 Info: The people in the line-up were asked a series of personal questions about what their upbringing was like, if they were in a relationship, had kids, and more 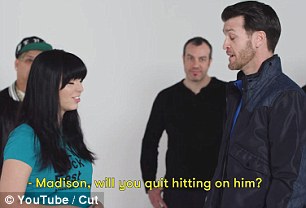 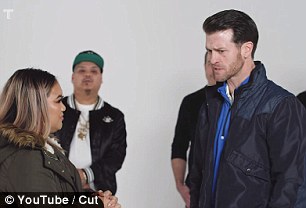 Guessing game: Based off their answers and the way they were dressed, the people in the line-up were evaluated 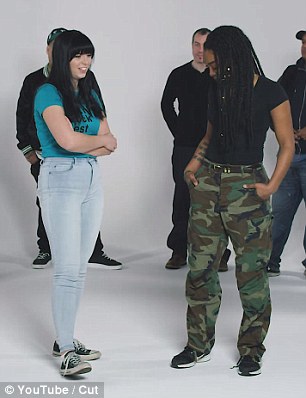 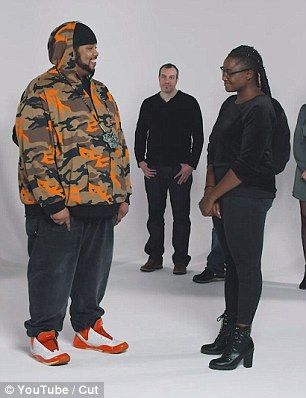 Scary: The video, which already has 1,508,051 views and counting, was nerve-racking to the people asking the questions because they didn’t want to offend anyone

Next up was a handsome, well-dressed man who was clean-shaven and looked incredible put together was next in the line-up.

When he was asked about his childhood, he admitted that he had been homeless at 16 years old – a fact which he seemed to feel might have altered the minds of those guessing as far as his potential criminal background.

However most seemed to feel that his appearance more than made up for any other aspects of his background that could have suggested anything suspicious.

Next was a guy with several facial tattoos; perhaps unsurprisingly, as soon as all three guessers saw him, they thought he was a criminal.

Madison even said, ‘I feel like your crime was something with drugs.’

Another man in the line-up was wearing a pair of jeans and a simple black sweater. As soon as Madison saw him she said, ‘There’s a side of you that seems creepy to me and I feel like a lot of people don’t recognize that.’

A labor worker dressed in light-wash jeans, a sweatshirt, and baseball cap approached next. He admitted to being a college graduate and everyone ruled him out. 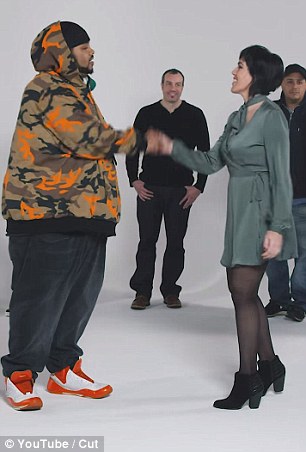 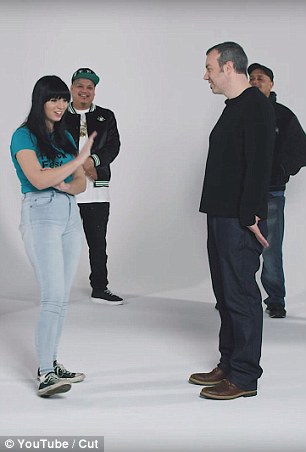 Judging: People were evaluated based off the way they were dressed, and one woman (pictured left in a dress) was a mother-of-three so everyone ruled her out 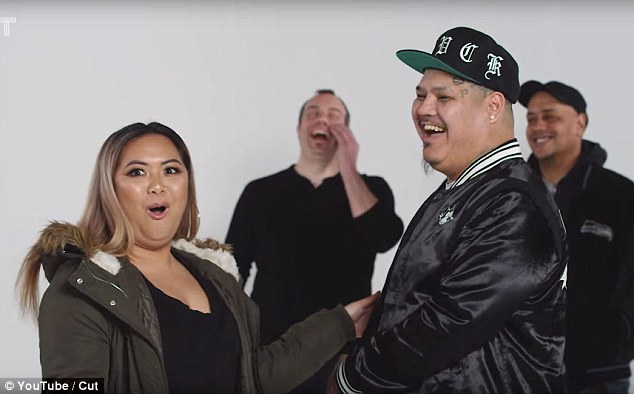 Shock: Monica (pictured left) was surprised by some of the answers she was getting and assumed this guy was a criminal because of the tattoos on his face 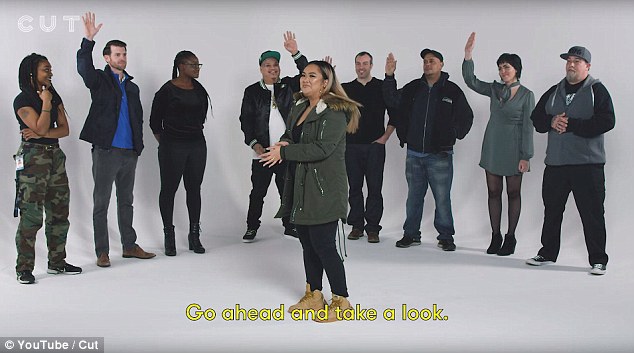 Answers: When the line-up was finished, all the folks with criminal records raised their hands, people were absolutely shocked 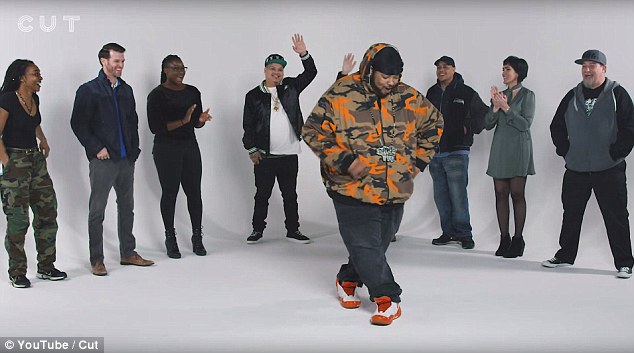 Winner: Out of the eight contestants in the line-up, Darange got seven correct, while Monica and Madison only guessed two correctly

After that, a woman wearing a nice silk gray dress and black tights stepped forward. She explained that she’s a mother-of-three adopted kids so immediately, everyone ruled her out. Madison said, ‘I don’t think she has a record because she cant adopt if she did.’

Next up was a man dressed in a sweatshirt, sweatpants, and baseball hat. He explained that he sells cannabis for a living and started smoking pot at only nine years old.

He then explained that he moved to Seattle to get away from the gangs and drugs that he was immersed in most of his life, and was ‘really abrasive,’ saying that anybody that stared at him for too long, he would get in their face and say, ‘do I know you?’

So, of course, based off all the information he provided, all three people said that they do think he’s a criminal.

So did you guess right? The results, revealed 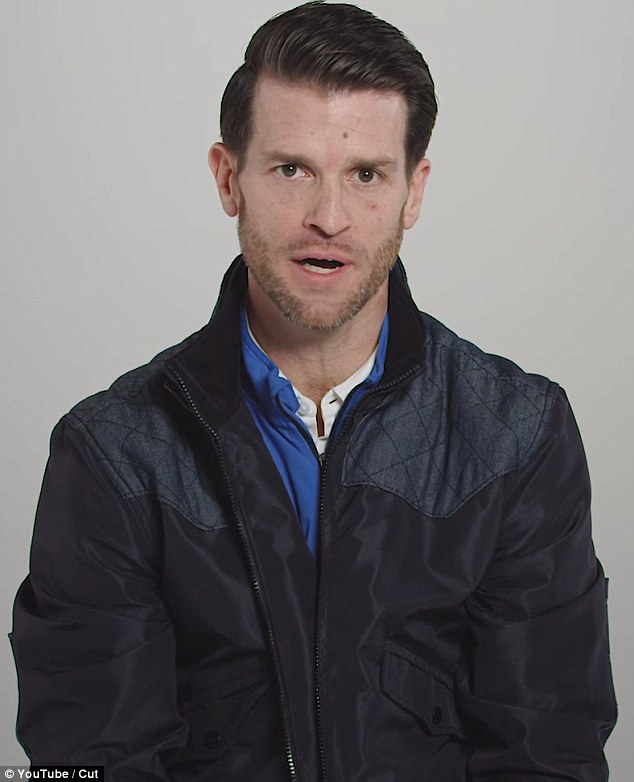 Guilty: Kevin, who was dressed nicely, is a criminal and has six DUIs in the state of Washington and a dozen assaults to go along with thefts, home invasions and a larceny charge 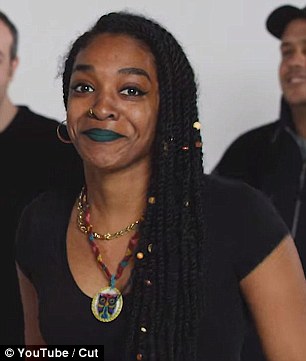 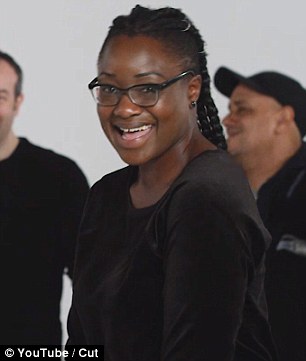 Safe: Alana, (pictured left) is from upstate New York and works at Boys and Girls Club is not a criminal, Akuna (pictured right) is a private event manager and is also not a criminal 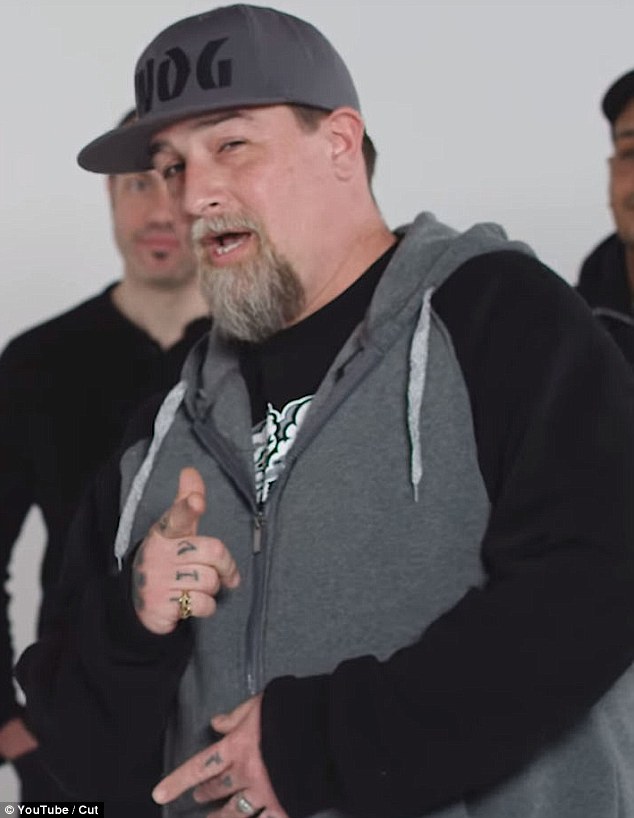 Nope: Michael (pictured) grows cannabis for a living and has been smoking weed since he was nine, is not a criminal

Once all the people in the line-up were finished, producers asked for a show of hands of all the folks with criminal records. When they raised their hands, people were absolutely shocked.

Five out of eight people had a criminal record. The nice dressed guy, the woman with kids, the guy Madison thought was creepy, the labor worker and the guy with tattoos, were all criminals.

In the end, Madison and Monica only guessed two people correctly, while Darange got a whopping total of seven correct.

After the criminal were revealed, they each shared what happened to them and their stories are so shockingly interesting.

The well-dressed man shared what got him in trouble, ‘Early on, it was definitely alcohol and drugs.

‘I have six DUIs in the state of Washington and a dozen assaults to go along with thefts, home invasions and a larceny charge. He also spent almost five years in prison and has been sober for nine years. 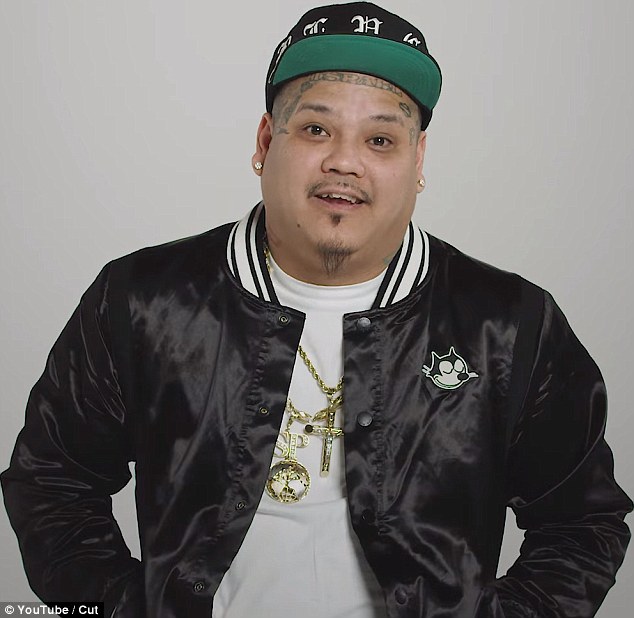 Criminal: PJ is covered in tattoos and is a criminal for getting DUIs and reckless driving charges 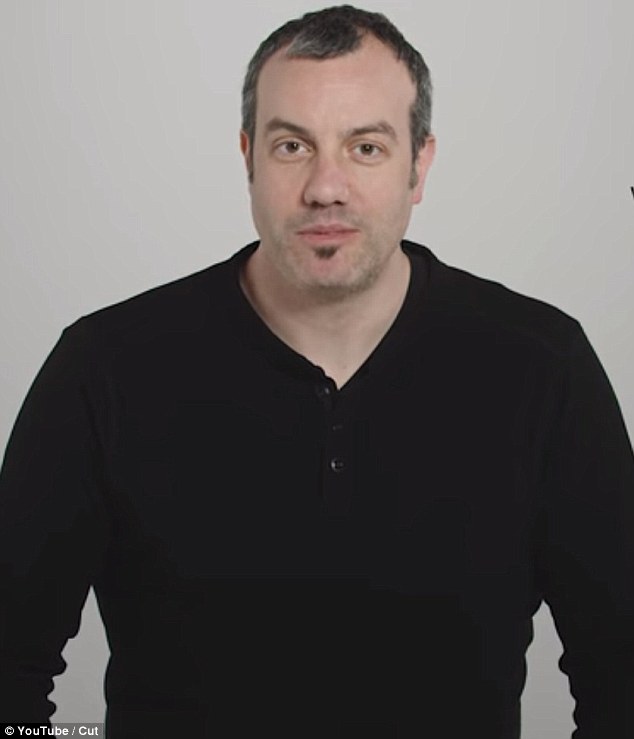 Jail time: William makes music for TV and TV commercials and is a criminal who did 16 months in a federal prison for federal tax evasion based on large real estate transactions 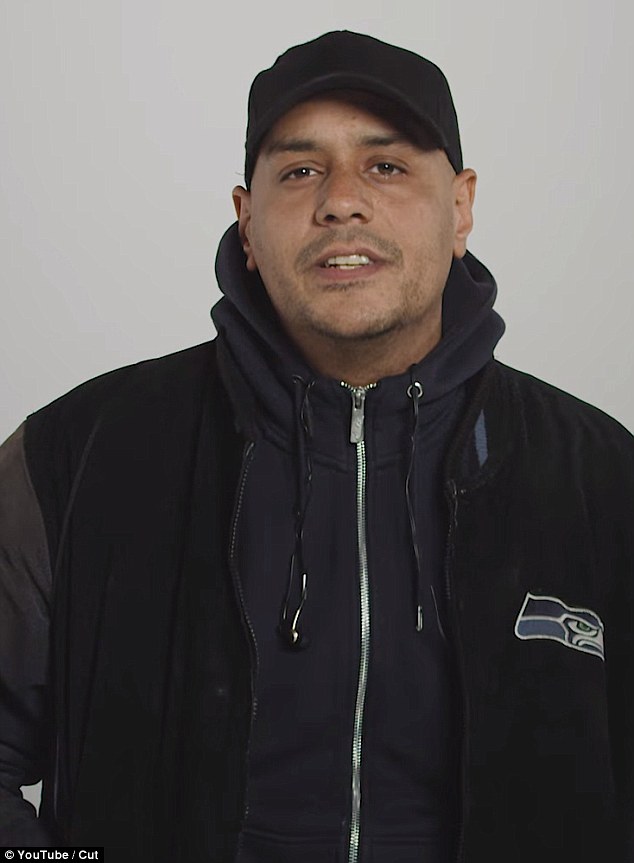 On the run: Warren is a labor worker and a college graduate, and is a criminal for possession of stolen property and was on the run for three weeks 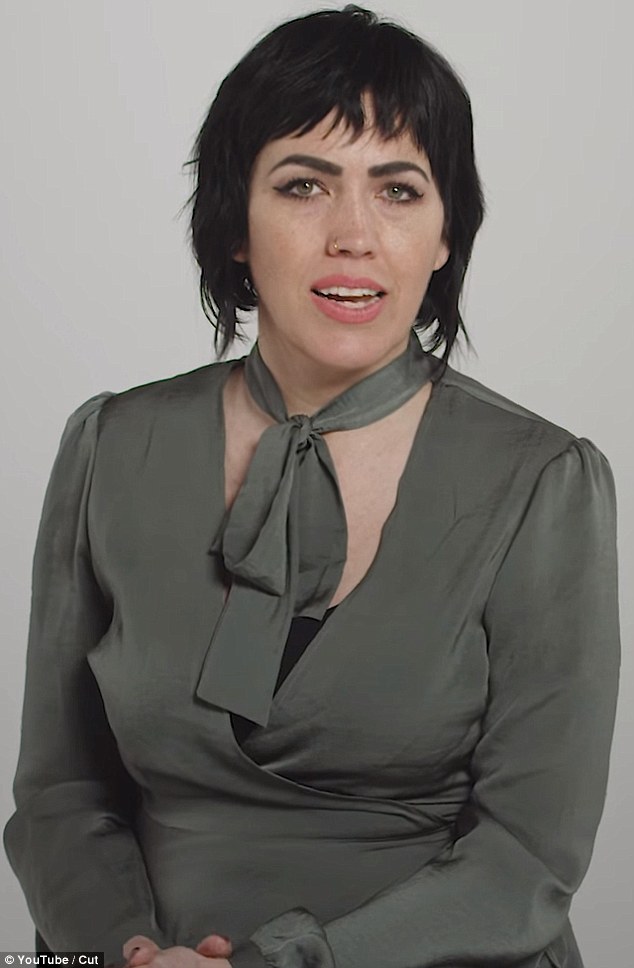 Not so innocent: Sarah is a mother of three adopted girls and is a criminal and a felon for aiding and abetting someone in possession of a firearm

The guys with tattoos on his face has DUIs and reckless driving charges, while the ‘creepy guy’ did 16 months in a federal prison for federal tax evasion based on large real estate transactions.

As for the labor worker, he got in trouble for possession of stolen property and was on the run for three weeks.

The mother-of-three is a felon for aiding and abetting someone in possession of a firearm. She reconnected with an ex-boyfriend and he fired her weapon off in her apartment.

She shared that no one got hurt but the police believed she purchased the firearm for her ex and had to do community service and will be on probation for three years.

Out of the three participants, Madison, Monica and Darange, two didn’t have criminal records themselves, but Madison actually did.

She shared, ‘I’ve actually been to jail myself. I went for assault and domestic violence. I came home, my fiance was with another woman and I kind of didn’t handle it very well.’