A woman has been left in shock after finding out Instagram’s ‘close friends’ function is being used as an X-rated dating tool.

Taking her outrage to TikTok, Jac, who posts under ‘Jacquieeslife’ on the platform, said she had no idea the safety feature was used to attract partners.

‘I cannot imagine using close friends on Instagram to recruit a booty call,’ the 28-year-old from Las Angeles said.

Jac, pictured, from Las Angeles has expressed her wonder at people using Instagram as a dating app – targeting potential suitors with the close friends function

Before explaining her own list contains ‘people she would have a birthday brunch with’.

The only friends function allows Instagram users to hand pick exactly who can see certain posts.

It wasn’t until she saw a friend had over 300 contacts on their list that she realised it could be for something else.

‘She told me close friends is actually just for hooking up,’ she said.

Days later Jac got to see her friend’s ‘close friends’ in action – after a picture of them at a concert was posted on the feed.

Within moments her friend had messages from six different guys asking if she wanted to hook up.

‘They were letting her know they were in town,’ she said.

Jac quizzed other friends about their ‘close friends’.

‘She wasn’t even in the picture so I thought for sure she wouldn’t get any messages,’ she said.

Yet moments later her friend’s phone lit up.

‘Immediately, someone messages her, ‘wanna f?’,  she said, laughing.

‘The straights are weaponising close friends to get laid and I am living for it,’ she said.

The young woman’s video has been seen over 300,000 times – dividing her followers.

Many of them agreed they have used the close friends function to zone-in on potential partners.

‘They don’t know there are other dudes in close friends so they think they get special access and that they’re the only one,’ one woman said. 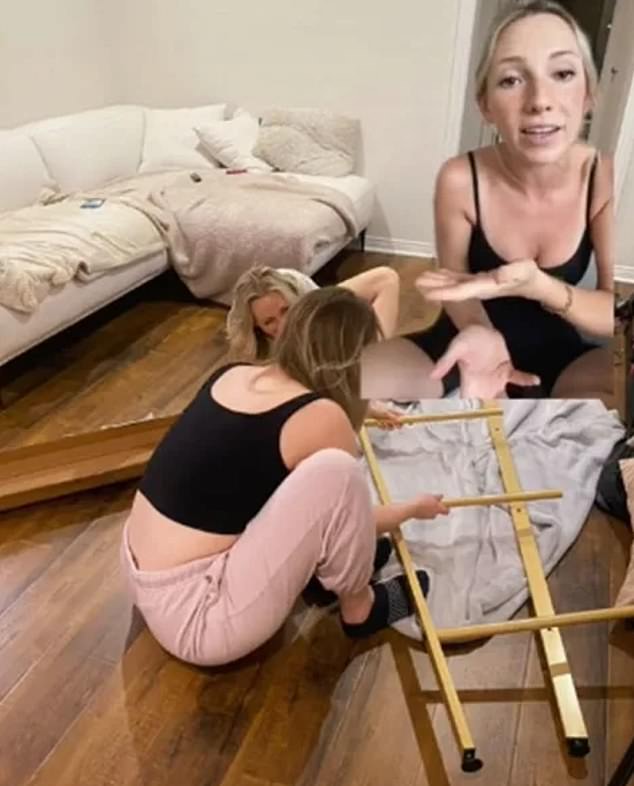 She said her friend added this picture to her close friends, and isn’t even in the photo, but still got messages asking if she is available to hang out

‘Putting them on the private story is a subtle move for me though,’ agreed another.

‘It works every time,’ a third boasted.

While others had ‘no idea’ that it ‘was a thing’.

‘Oh no, that’s where I put all my embarrassing stuff,’ one woman said.

And some realised they had been included without even knowing about the sexual side of the ‘close friends’ function.

‘Is this why so many straight men have me randomly added on their close friends even though I almost never speak to them?’ one woman asked.

Others revealed they would be editing their close friends lists ‘immediately’.