Coming up with a Halloween costume that’s funny, creative and just a little bit sinister is the holy grail of dressing up.

And these costume fans from around the world have managed to win the whole season with very inventive looks built around their disability.

Bored Panda has shared a collection of some of the very best bright ideas, including a girl whose wheelchair was transformed into Cinderella’s carriage and a man who marked his first Halloween as an amputee by dressing up as a shark attack victim with his cousin as the predator.

Another amputee’s very tongue-in-cheek idea saw her go out dressed as a ‘one night stand’, sporting a cardboard chest of drawers, a lampshade hat and a bottle of booze.

And every year, Paralympian Josh Sundquist  from Virginia never fails to impress with his outlandish outfits, including a gingerbread man whose leg has been bitten off, and balancing himself on crutches to pose as a flamingo. 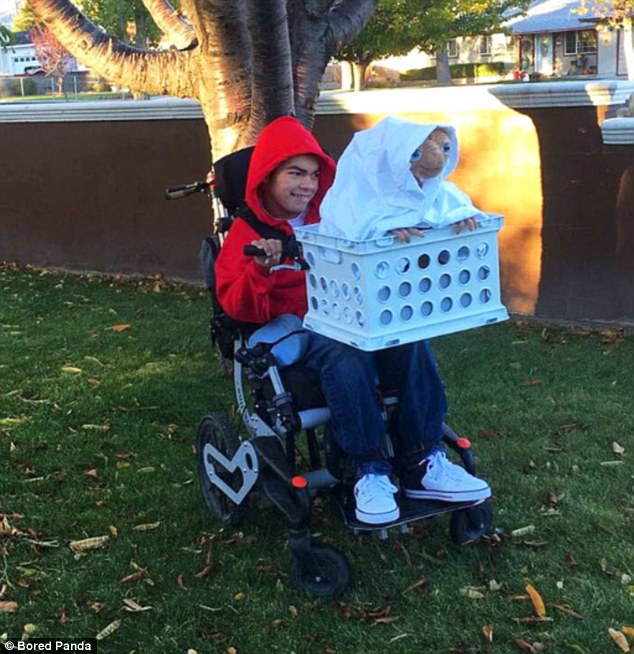 Fans of 80s movies will be green with envy over this Elliott and E.T. costume 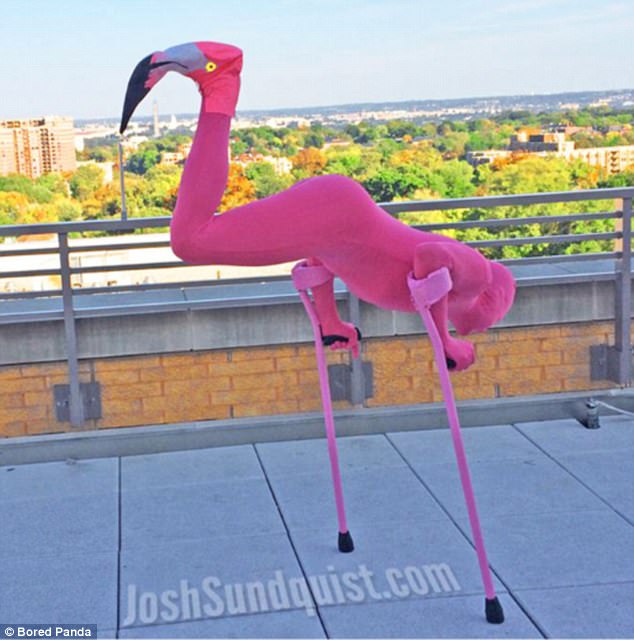 Paralympian Josh Sundquist from Virginia is known for his creative costumes, including this elaborate flamingo creation 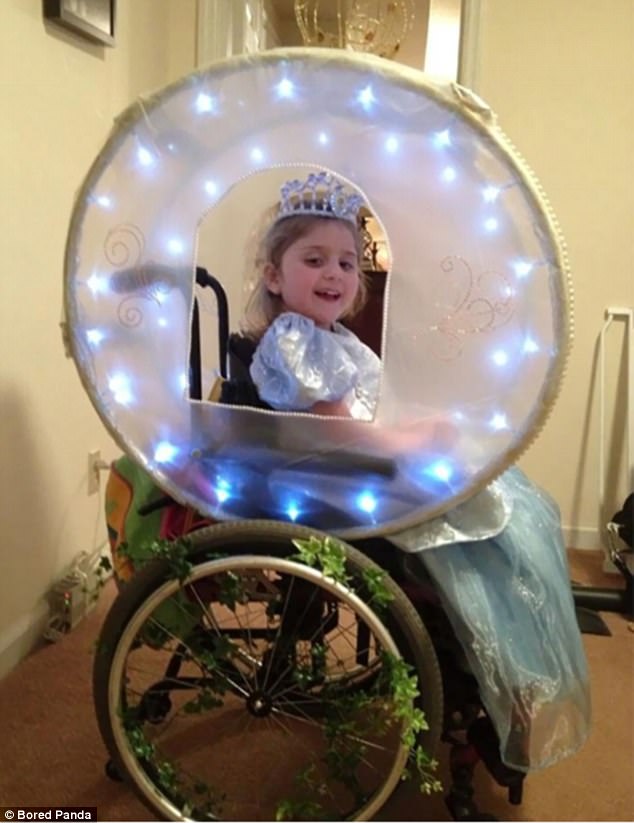 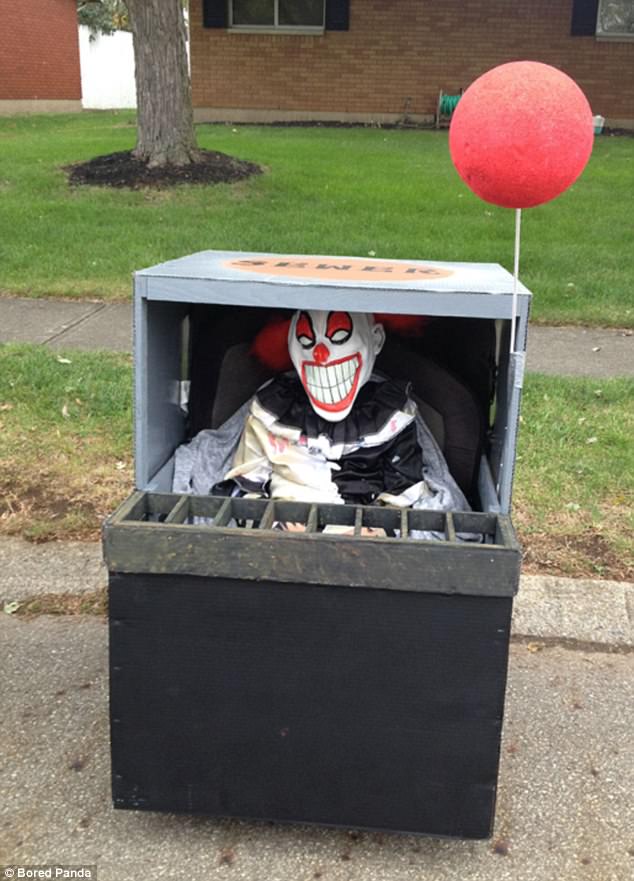 Creative and terrifying! This boy’s wheelchair was transformed into the sewer from where the terrifying clown from Stephen King’s It lures children 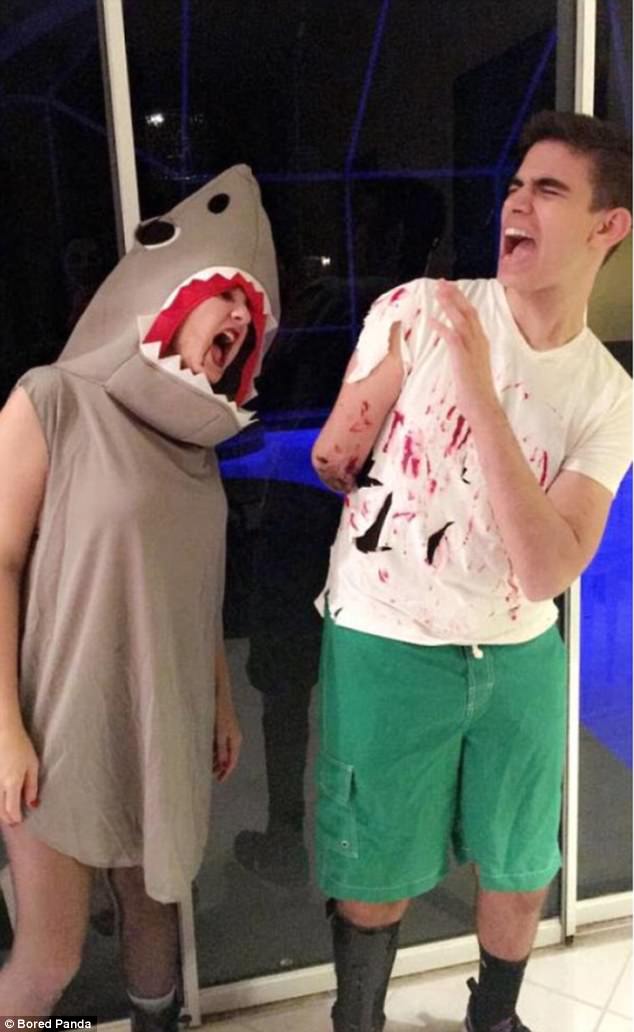 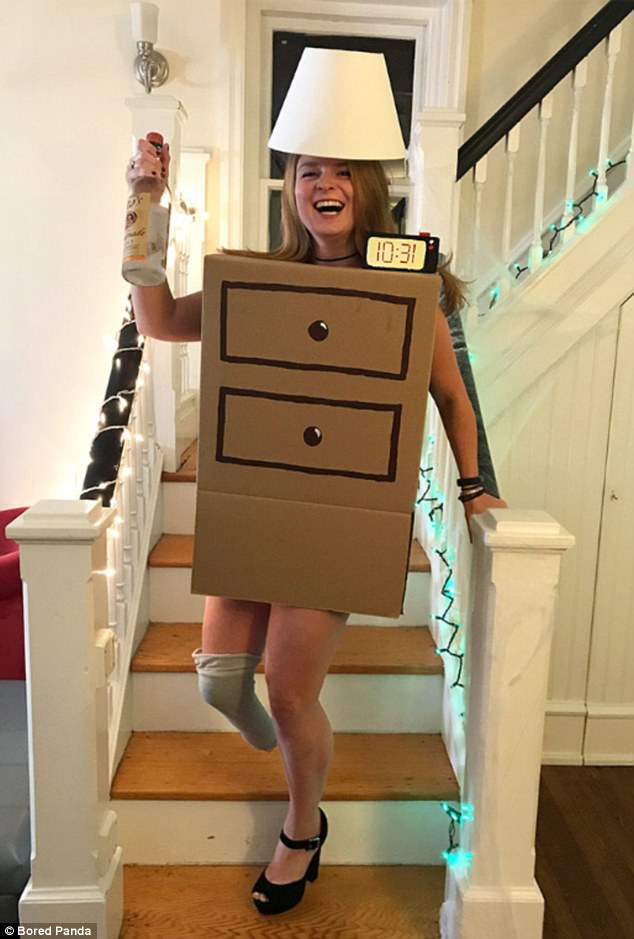 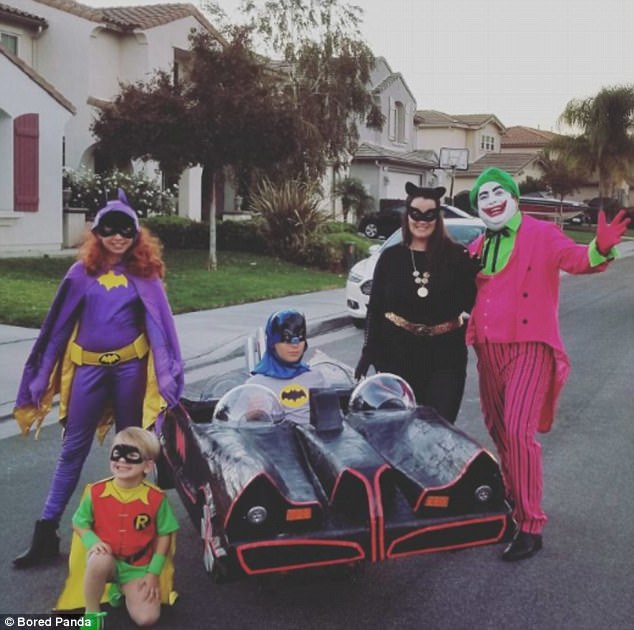 It’s the Batman family! The whole clan got involved to create this Gotham City scene 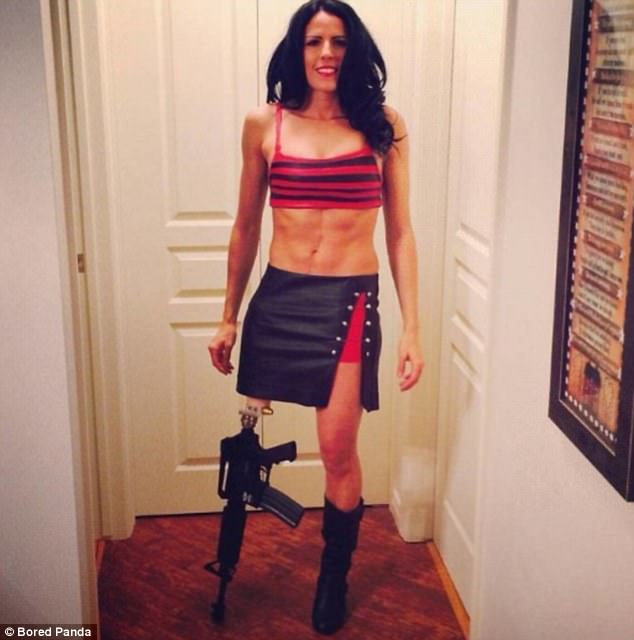 This amputee dressed up as Cherry, Rose McGowan’s character from the film Grindhouse, who has a machine gun for a leg 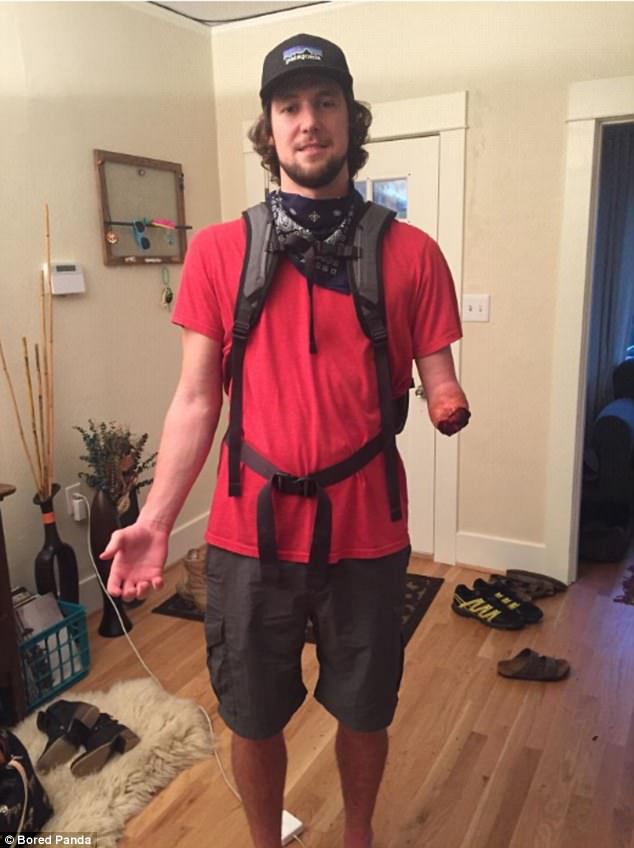 One film fan went as canyoneer Aron Ralston who amputated his own arm after getting trapped, and had his story made into the film 127 Hours by Danny Boyle 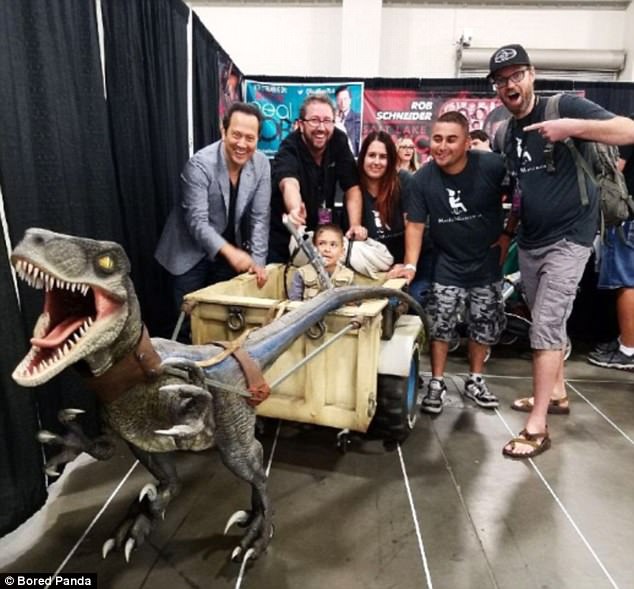 Jurassic lark! This boy won a lot of fans with his customised raptor carriage 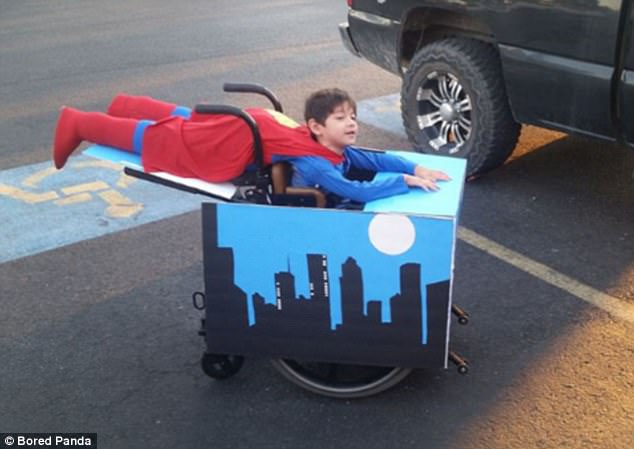 Is it a bird? Is it a plane? This boy was everyone’s hero in his Superman wheelchair 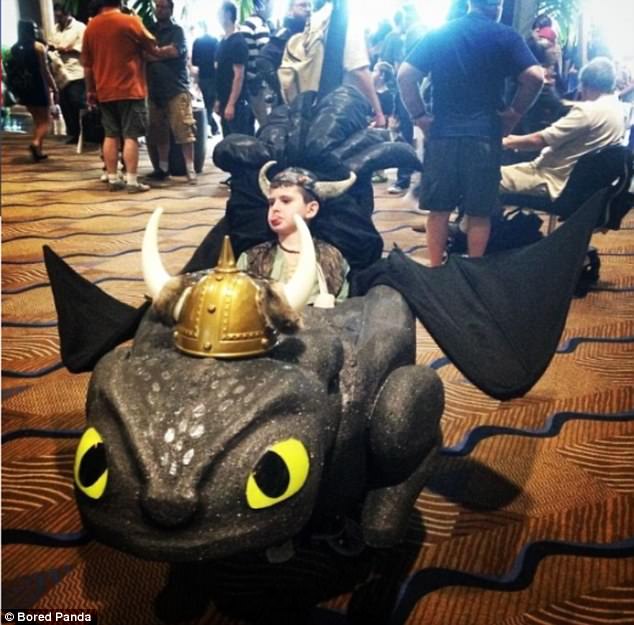 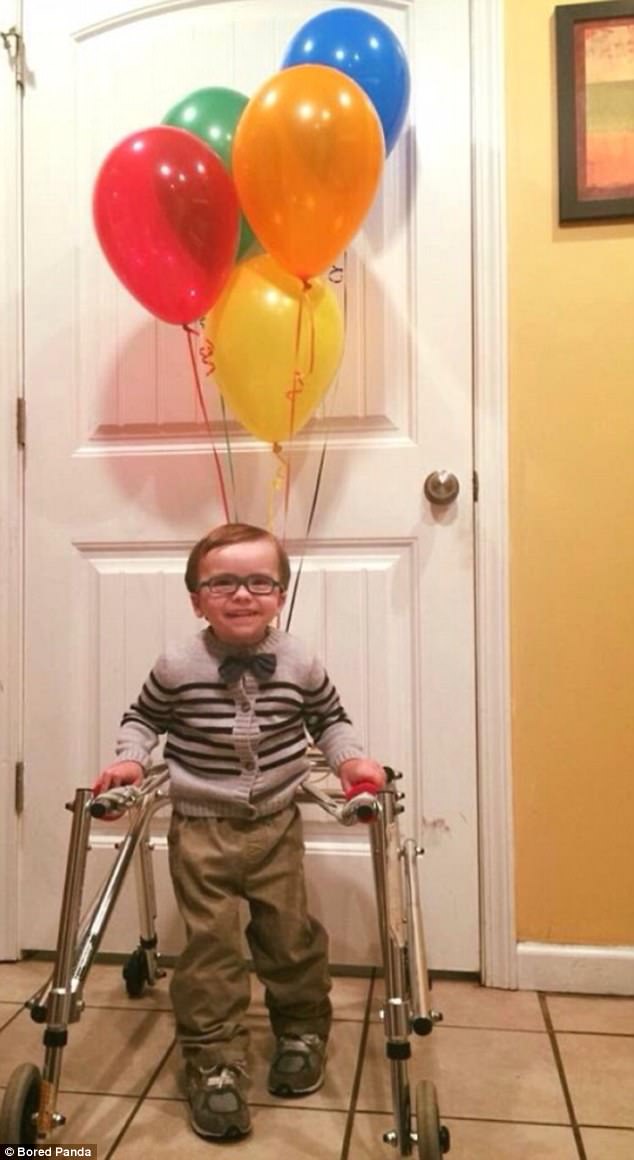 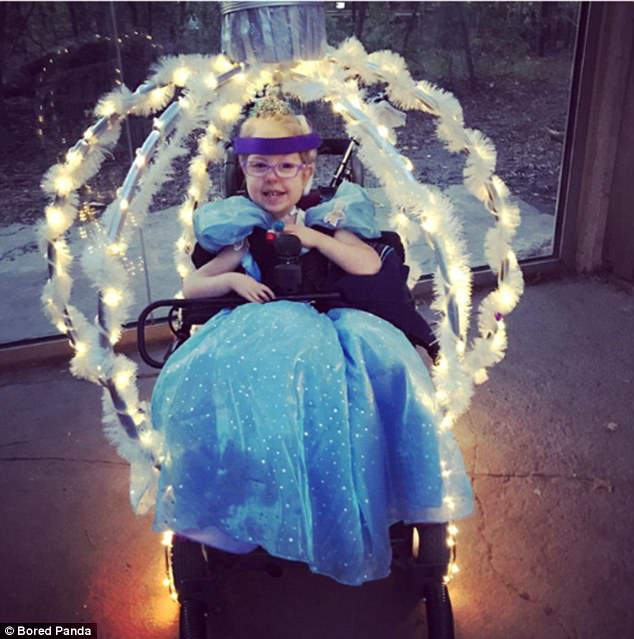 No pumpkins here! This girl was simply magical in her light-up Cinderella carriage 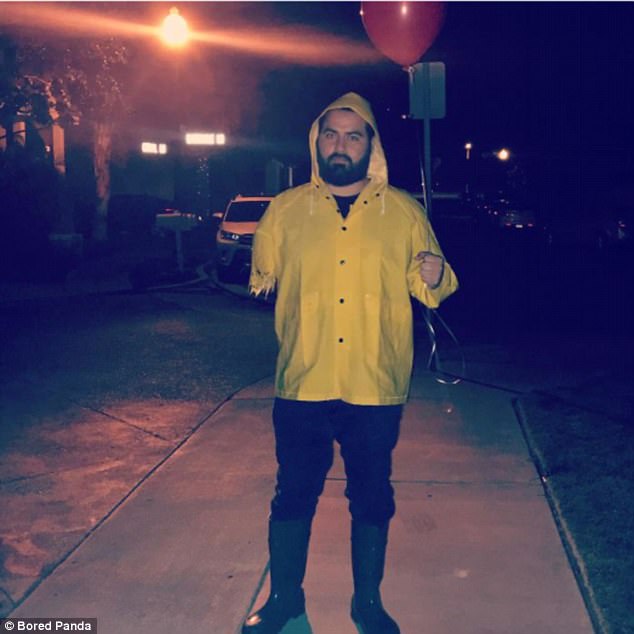 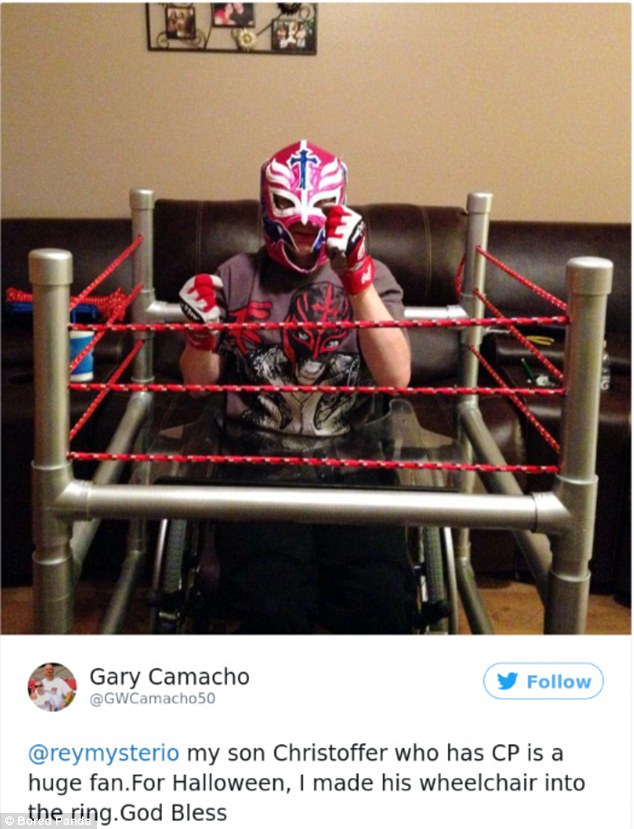 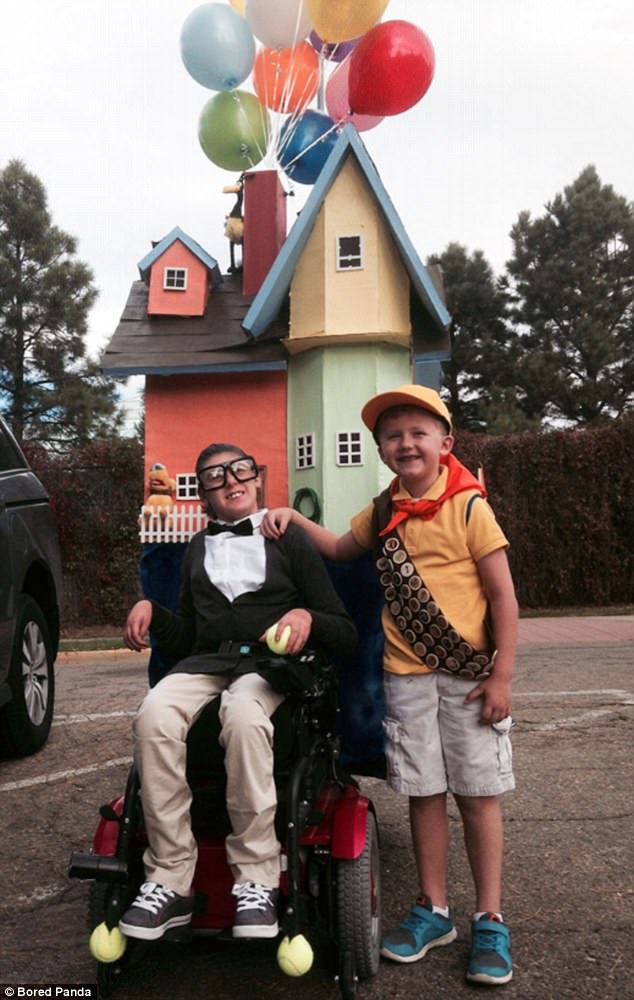 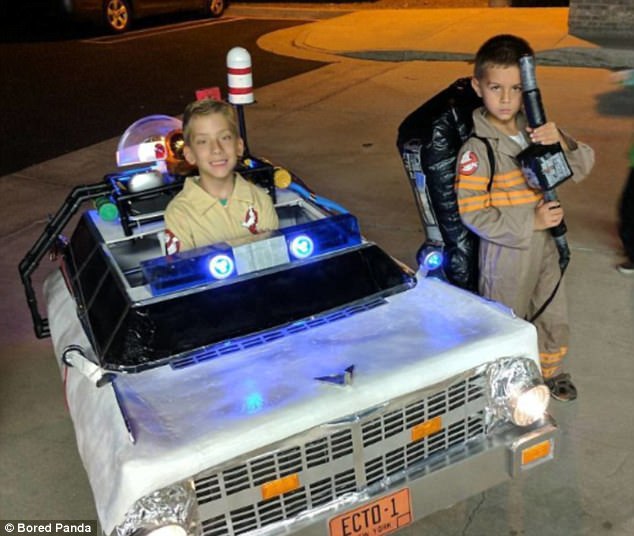 Who you gonna call? Possibly the best Ghostbusters car ever seen