It was only a line but it was revealing nonetheless. ‘Those wonderful years when everyone drooled over Barcelona there were lots of players who aren’t here any more,’ said Jordi Alba last month. ‘Those of us who are here now are doing things as best we can. I think the fans are enjoying their team.’

And he was right; the fans are enjoying this team. Not least following that decisive win over Atletico Madrid which establishes a eight-point lead at the top of La Liga. This team is, of course, very good. And not simply because they have Lionel Messi.

The Argentina national team has been a useful control experiment over the last twelve years to demonstrate that you need more than Messi to win trophies. This is an extremely good side with a Copa del Rey final looming, the first stage of what looks like being a domestic double. 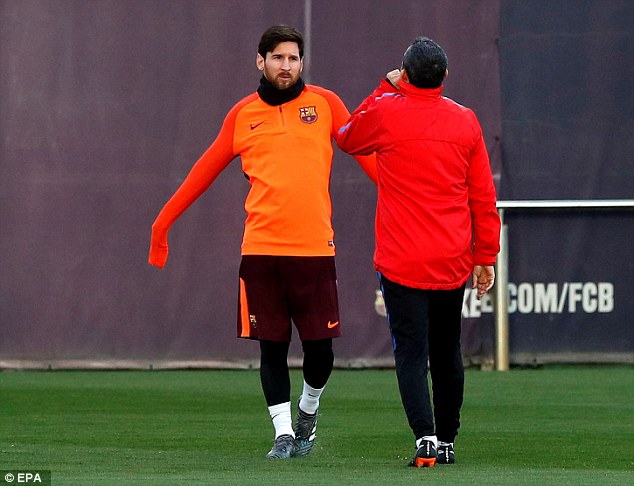 And they are likely to be in the Champions League quarter finals by Wednesday night and favourites for that trophy for anyone other than bookmakers dominated by UK markets. That said, caveats apply.

It is difficult to over-estimate the scar Chelsea inflicted with that incredible semi-final defeat in 2012 here, 3-2 on aggregate, a result which seemed to mark the end of Pep Guardiola and suck the life out of this club for a time.

It defied analysis but gloriously, for the sake of football’s unpredictability, the records state that ten-man Chelsea drew 2-2 after John Terry was sent off, winning overall with 28 per cent of the possession.

On Tuesday a Catalan writer mistakenly attributed that victory to ‘Jose Mourinho’s team.’ It was of course Roberto Di Matteo. But the writer was subconsciously expressing something most acknowledged. It was a team forged in the image of Mourinho: headstrong, defiant and dismissive of possession. 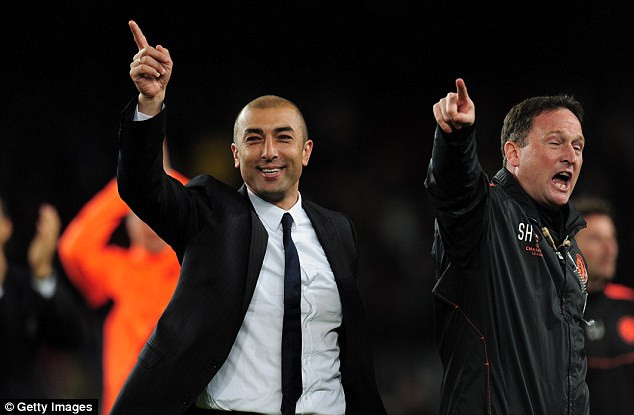 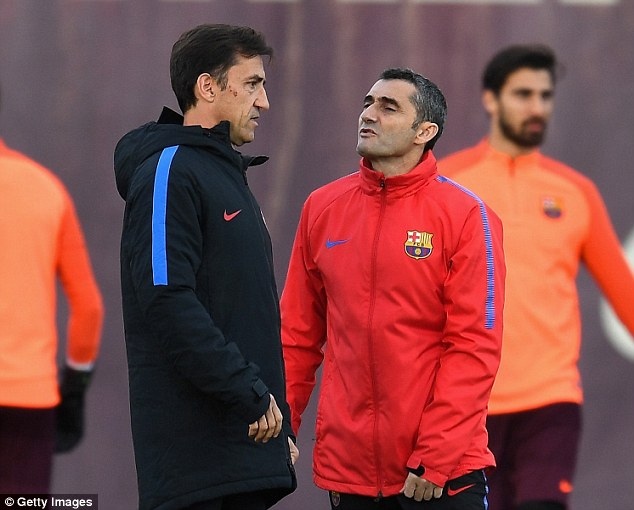 There is still a palpable nervousness regarding the spirit of the former translator at the Nou Camp. He really did defeat them in the 2010 semi final with an unlovely Internazionale team. So irked were they then, that they turned the sprinklers on his ostentatious celebrations on the pitch.

So it’s not impossible that Antonio Conte could invoke the spirit of Mourinho and execute a coup at the Camp Nou. More likely, though, Barca will progress. And that we will have to assess their credentials in the latter stages of the competition.

That is when Alba’s line about the wonder years will come to mind. Just where do this Barcelona team stand among the greats of the last ten years? (Frank Rijkaard’s team was extremely good when it won the Champions League in 2006 but rapidly declined. It always feels like the current Barca era begins with Guardiola arriving in 2008 and Messi assuming his place as the team’s nexus).

Just where you place the zenith of the current Barca years of domination is a moot point. Do you locate it at Wembley 2011 or Berlin 2015? Both were treble-winning years. Probably Pep Guardiola’s team was a more coherent representation of aesthetic beauty; perhaps Luis Enrique’s team had the more-scintillating attacking options with Messi and Neymar and Luis Suarez. Enrique’s team was more direct than Guardiola’s while still being recognisably inspired by Johan Cruyff. 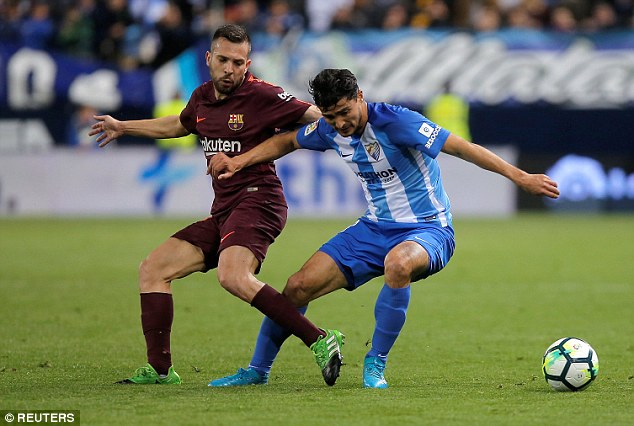 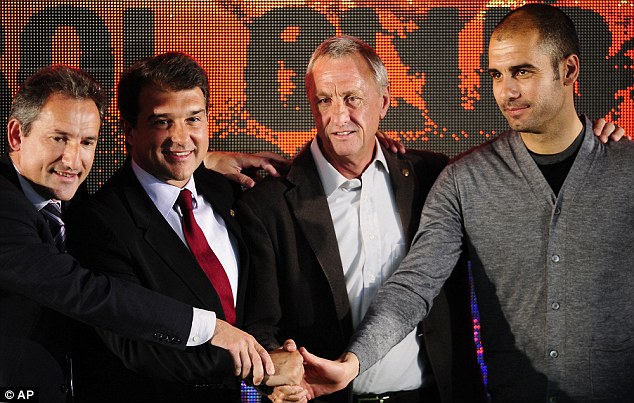 Then Barcelona boss, Guardiola (right) poses with the legendary Cruyff back in April 2010

Ernesto Valverde’s team doesn’t look quite like those. The departure of Neymar has forced Valverde to improvise and at times this team morphs into a 4-4-2. It owes as much to its spirit and experience as its ability to overwhelm opponents.

Which in itself begs the question as to who the true standard bearers of Johan Cruyff are in this competition? Like a Roman colonist establishing civilisation amongst the barbarians, Guardiola has made Manchester City a Catalan enclave which owes its ultimate authority to Cruyff.

Which is why a clash between the two competing heirs to his legacy would be fascinating. Manchester City v Barcelona would be a tie to be relished. It’s not unchartered territory. Guardiola has returned here with Bayern Munich and been exposed by an exquisite spell from Messi, a 3-0 defeat at the Nou Camp pretty much ending the contest.

Guardiola won the battle for possession but lost the war. But it seems he has rebooted and regenerated his ideas in the Premier League. A personal view would be that for all the beauty provided by David Silva, Kevin De Bruyne, Leroy Sané, Sergio Aguero and Gabriel Jesus, it is the addition of Ederson which has brought about the single biggest improvement to this City team. 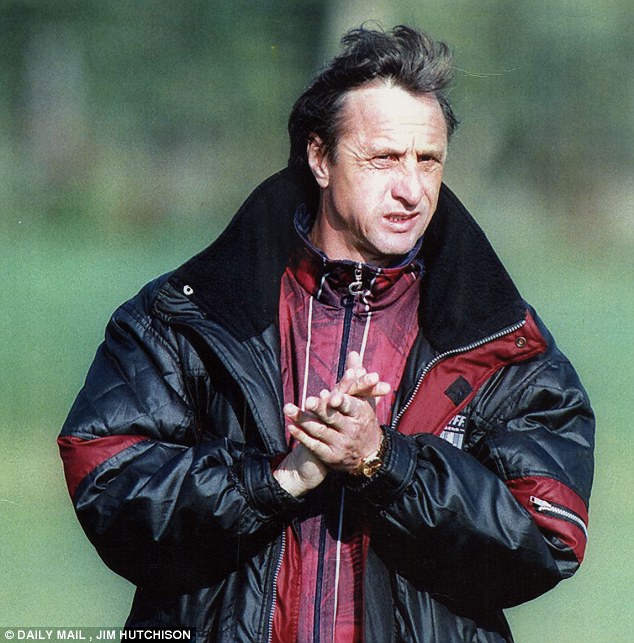 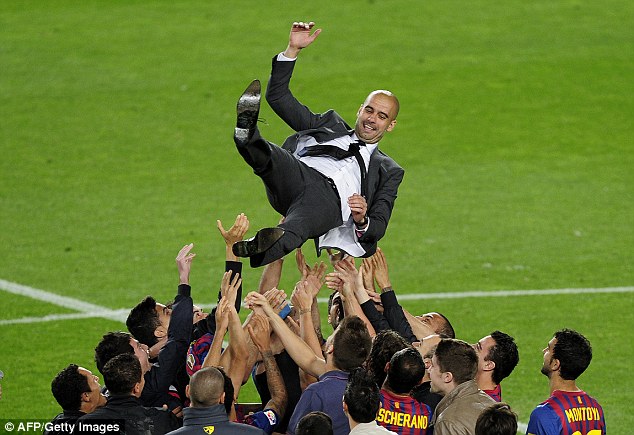 It’s isn’t just the robustness he brings to the defence: it is the excellence and directness of his long clearances which add a fresh dimension to Guardiola’s football. In Barcelona’s favour, not only do they have veterans of the Guardiola team, including Gerard Pique, Sergio Busquets, Andres Iniesta: they also have Messi.

Not for nothing did Guardiola say last week that Messi has improved every coach with whom he was worked. Whether it is the star player or the coach – or most likely a combination of both – that is responsible for success is football’s eternal question. But in 2015 it felt, significant as Messi was, that Barca and Enrique had also out-thought Bayern and Guardiola as a team.

So to see Guardiola return to the Nou Camp to revisit that challenge and overturn the team he helped to create would be the most-intriguing football duel. Of course, Chelsea may relish locating that spanner they are so adept at throwing in fine works.

But the Champions League this year feels like a competition which ought to pit Guardiola against his creation, Dr Frankenstein taking on his monster if you like. Even if the monster in this analogy is more elegant and easy on the eye than the one Mary Shelley envisaged.