With the football season over, Pep Guardiola and some of the biggest names in the sport have taken the opportunity to enjoy a spot of golf at the celebrity Pro-Am at Wentworth ahead of the BMW PGA Championship.

The Manchester City manager, making his debut in this Pro-Am, played alongside the in-form Tommy Fleetwood at Wentworth in the traditional star-studded pre-tournament event.

Guardiola, fresh off City’s record-breaking Premier League triumph, was understandably in a joyous mood as he mixed with his fellow high-profile sport stars and celebrities. 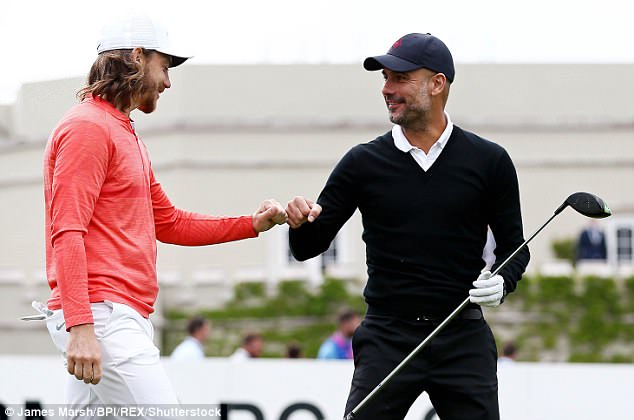 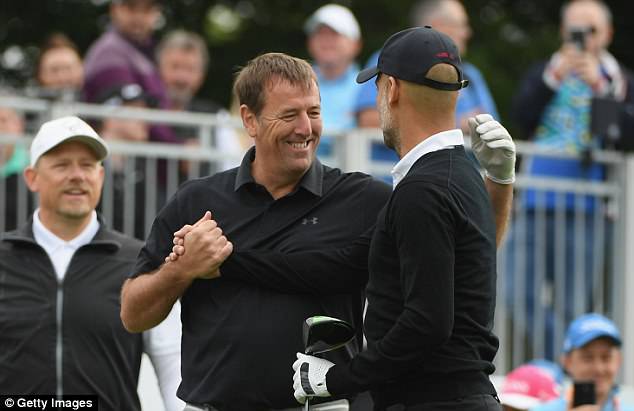 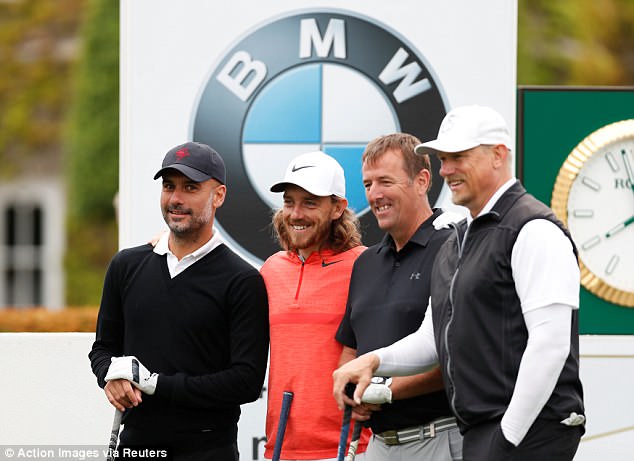 The Spaniard, known for his love of golf, was pictured sharing jokes with one of the pre-tournament favourites in Fleetwood, who he played a round of 18 with in April when City were crowned title winners via Manchester United losing against West Brom.

However, Guardiola enjoyed going back to his roots as he was also snapped talking to rivals Michael Carrick and Paul Scholes ahead of his tee-off on Wednesday morning.

One thing that many of you eagle-eyed viewers may have noticed though, was Guardiola’s poor etiquette on the course. The 47-year-old took time out of his schedule to take a quick phone-call. Less of that please sir.

Former Southampton and England star Matt Le Tissier, as well as ex-goalkeeper Peter Schmeichel, were also out on the course showing off their golf skills alongside Guardiola and Fleetwood. 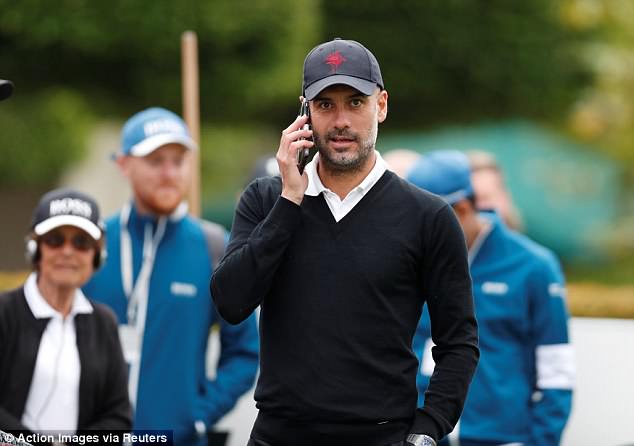 Poor etiquette: Guardiola was spotted taking a phone call while out on the course 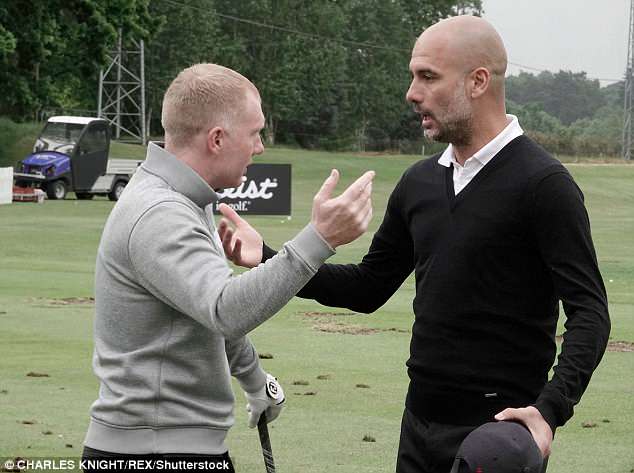 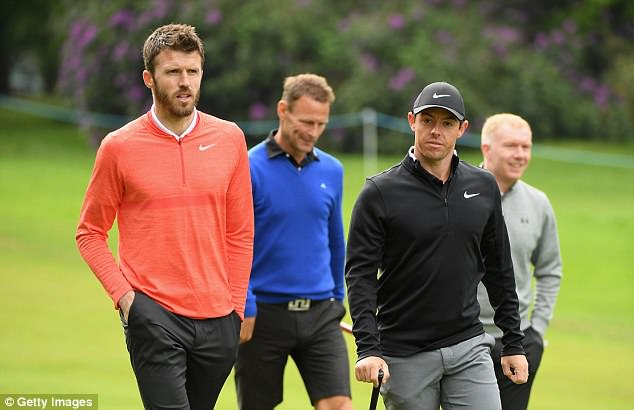 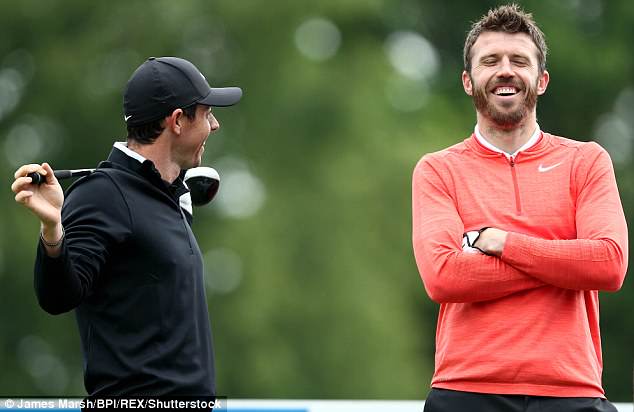 Meanwhile, United supporter and four-time major winner Rory McIlroy had the lucky opportunity to play alongside veteran and club fan-favourite Carrick on Wednesday.

McIlroy and Carrick made up one of the stand-out morning groups, going out alongside fellow former United stars Scholes and Teddy Sheringham as well.

Other big names from the world of sport to participate in the light-hearted event included former cricketers Kevin Pietersen and Brian Lara, as well as ex-rugby stars Will Greenwood and Scott Quinnell.

It is all fun and games right now but as soon as the action has finished for the day, the likes of Fleetwood and McIlroy will go head-to-head to take the crown off Alex Noren, who won the BMW PGA Championship last year. 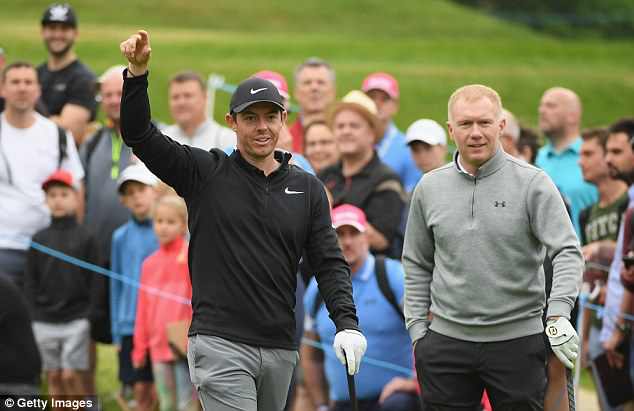 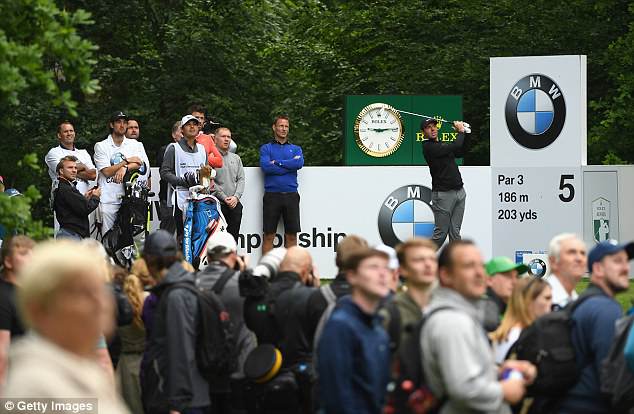