Towards the end of the first half, Sane launched a blistering counter attack that came to a sudden halt when he was hacked down by Cardiff’s Joe Bennett.

Replays showed the tackle was high and reckless and the impact forced the German’s ankle to roll in uncomfortable fashion as Bennett escaped with only a yellow card.

Further enraging Guardiola, the defender then lunged in on substitute Brahim Diaz in the closing moments but this time received his marching orders. 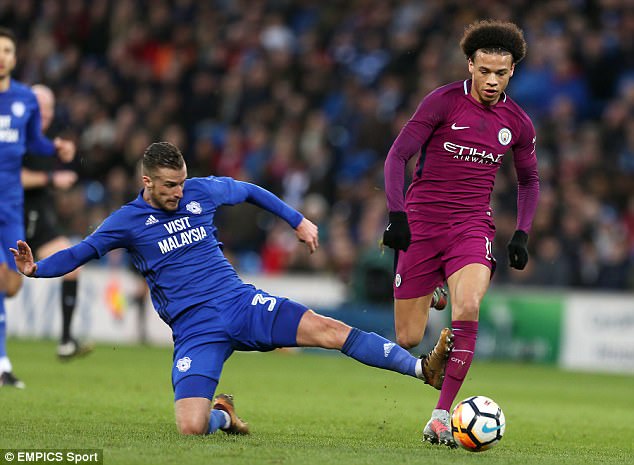 Speaking in his post-match press conference, the Spaniard revealed that Sane will now be sidelined for the near future.

‘He will be out for a while, a few weeks or months, we will see,’ said Guardiola, who berated Mason on the pitch at full-time.

‘It’s difficult for every team to win this kind of game. I know my players, it was many.

‘Any team can play how they want but the referee must decide what is correct or incorrect. I just ask that he protects the players.

‘All I ask is that the referee protects the players, not the Man City players, just the players. That’s all I ask from the people in football, please.’ 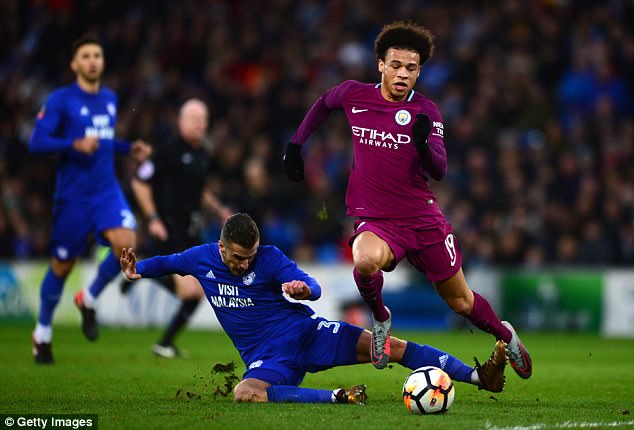 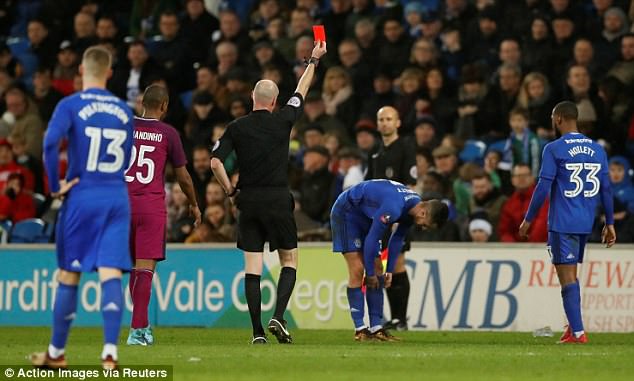 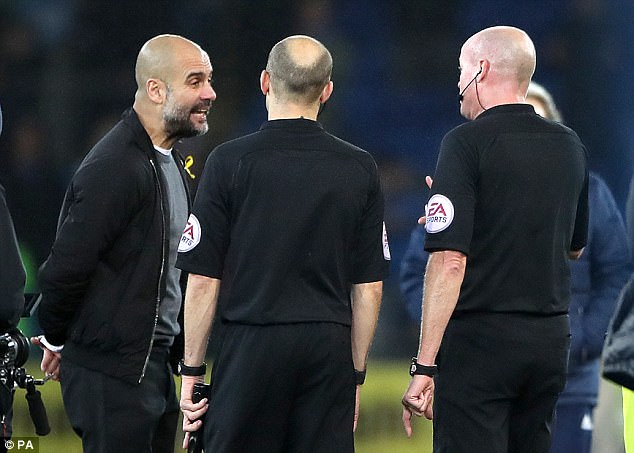 ‘It was childish and immature from Joe Bennett, especially the one on Sane,’ he said on BBC’s coverage.

‘It looked like it was pretty malicious and deliberate and probably could have caused some problems.’

‘Hey, @CardiffCityFC. Just letting you know, we have a really important tournament in the summer. Please don’t hurt our players. Thanks.’