Pep Guardiola watched his Manchester City side maintain their place at the top of the table as they cruised to a 5-0 win over beleaguered Crystal Palace but then admitted that everyone at the club will need to raise their game, even including the ball boys.

Guardiola kicked his seat at half time after what he considered a poor first-half performance and at one stage even beckoned a ball-boy over, put an arm around him and gently briefed him on the need to move the ball quicker.

But Guardiola insisted that the tempo had been slowed by his own players and though he was gratified that they responded in the second half, he couldn’t hide his frustration, kicking his chair in the dug out. 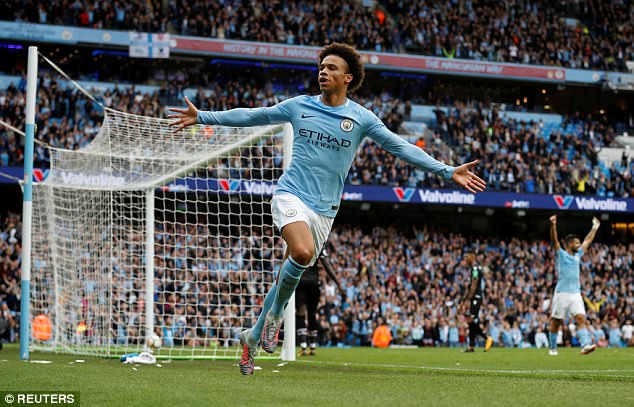 Asked whether he kicked the seat out of anger, Guardiola joked: ‘No – it was because I don’t like the chair!’

And probed on whether City will be more resilient than last season, when they won their first ten games and then didn’t win in the next six fixtures, Guardiola said: ‘It’s too early to say. If you analyse 30 minutes in the first half, we were not ready to be there. Maybe over 90 minutes you cannot be there all the time. But it was slow.

‘So the ball boys were slow, everybody was slow. And we have to create in the game, to provoke the game. And we didn’t for most of the time in the first half. But in the second half, you could see immediately that the team was ready.

‘We started well but after that we forgot that the ball should be moved. And the first half the ball was at the players’ feet; it’s not good.

‘There were too many touches. When that happens everything is slow and our rhythm is slow and concede counter attacks and anything can happen. But in the second half we had tempo, patience and attacked quick.’ 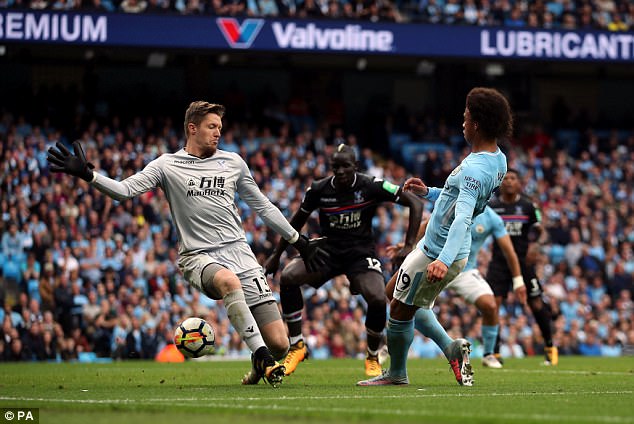 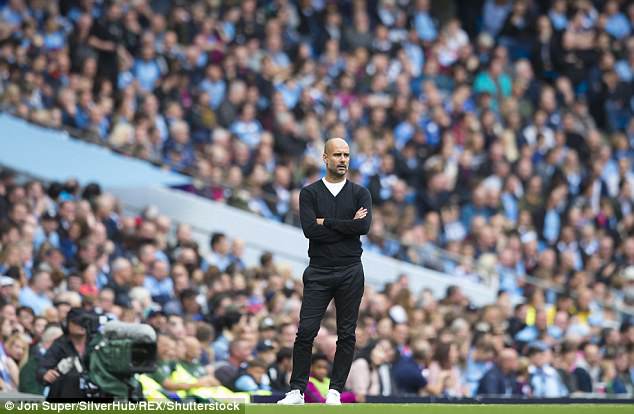 Leroy Sané, who scored the opener and set up two, was the man of the match and Guardiola revealed he had been dropped at the start of the season because of a poor pre-season.

‘Gabriel (Jesus) is an amazing player, Bernardo Silva every time he plays he creates. Raz (Sterling), Leroy, Sergio (Aguero); all of them are going to play and the next game rest. I need them sharp.’