Pep Guardiola felt Lyon were a step up from domestic opponents after Manchester City scrambled a draw in the Champions League.

The Premier League leaders twice needed to come from behind as they were outplayed for large spells by the French side in Tuesday’s Group F clash in France.

The result ensured City qualified for the last 16, but Guardiola felt the game should serve as another reminder of how tough competing in Europe can be.

The City manager said: ‘Today the Champions League showed me again that it’s a different competition, the players are better, the demands are so high.

‘They have weapons on set-pieces, defensively are so strong, they have quality up front. When people say it’s easy for the Champions League, you cannot imagine how confused people are.

‘After losing the first game, here was not a surprise.

‘But in February we’ll be there, another year for City. We can focus on the Premier League and try to compete against the best teams in Europe when February comes.’ 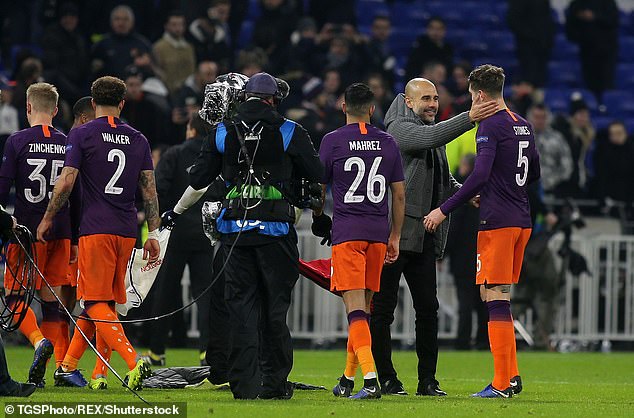 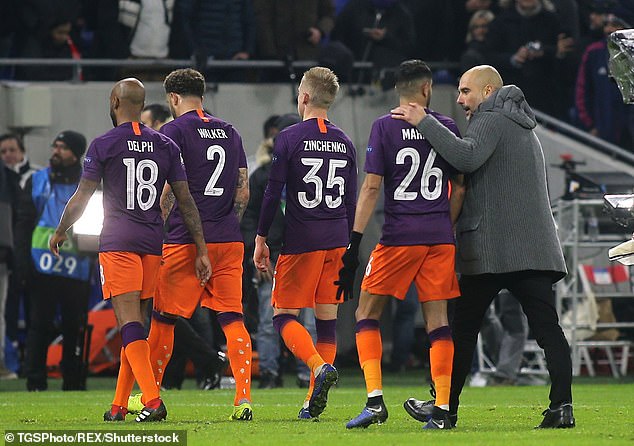 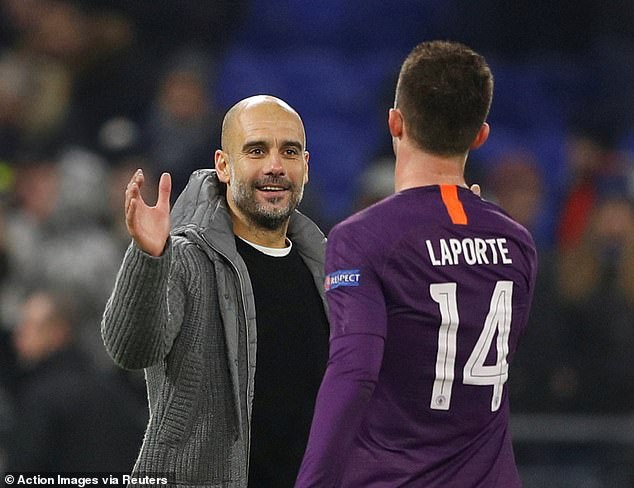 Guardiola, who twice won the Champions League as Barcelona coach, feels the demands are completely different from the Premier League, which City won comfortably last season.

He said: ‘You don’t have time. You can lose games in the Premier League and still have 38 games. Here there is huge quality for 180 minutes.

‘We showed personality. We got the point that we needed for February. Qualifying for the last 16 is the happiest time for November and December.’

City twice fell behind to goals from the outstanding Maxwel Cornet, who also hit the woodwork, but responded with headed equalisers from Aymeric Laporte and Sergio Aguero.

There had been speculation Guardiola might start 18-year-old Phil Foden after being hit by a spate of injuries, but Raheem Sterling instead played a central midfield role. 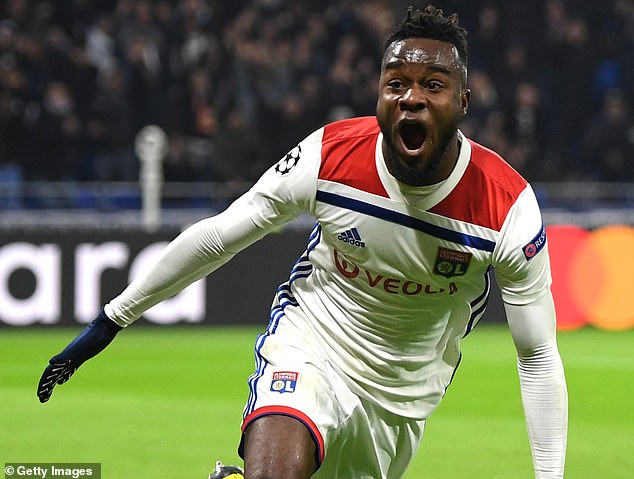 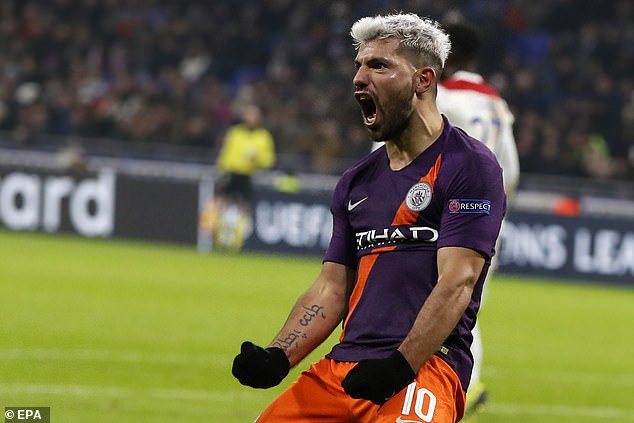 Guardiola said: ‘I decided for another player, but everybody here is ready. I came here to show we wanted to win and I put on all the strikers that we have.’

City will now hope to secure top spot in the group in their final fixture against Hoffenheim next month.

Lyon will also need a result in their last game against Shakhtar Donetsk to progress.

Manager Bruno Genesio said: ‘I was very pleased to see my team perform how they did. City are one of the best teams in Europe.

‘I regret our concentration levels dropped after we scored our second goal but we have to take the positives from this as we played a great game. Maxwel had a massive game, as did the entire team.

‘We would have liked to have qualified but we are feeling very positive.’