Pep Guardiola has led his Manchester City side through their final preparations ahead of Wednesday’s Champions League first leg match against Liverpool.

The City stars took to the pitch at Anfield on Tuesday and were put through their paces as they gear up for the crunch clash against their Premier League rivals.

Guardiola watched on from the sidelines as his players took part in various fitness exercises before turning their attentions to ball-related ones. 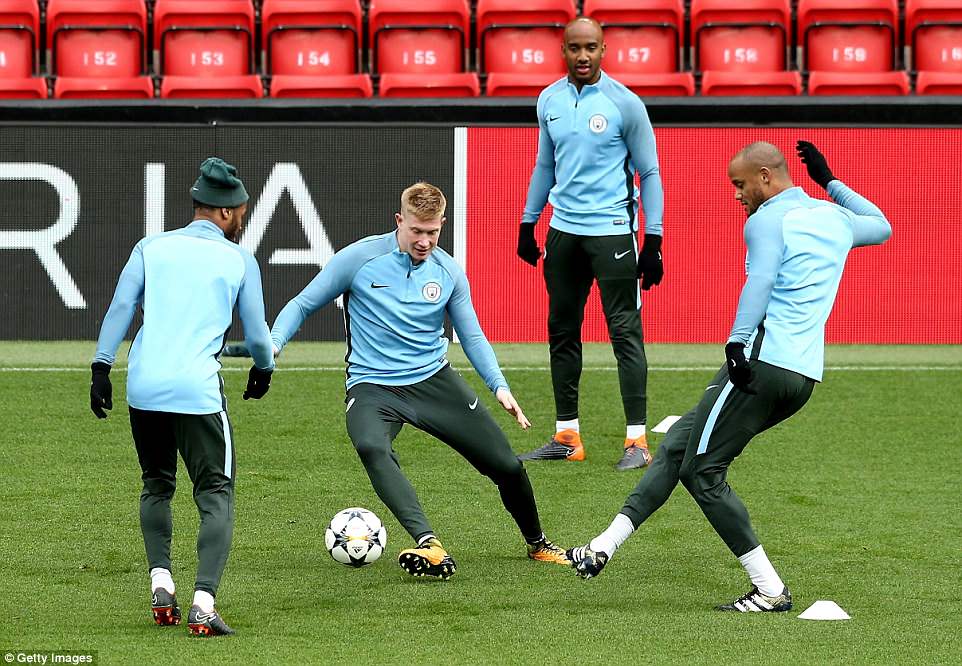 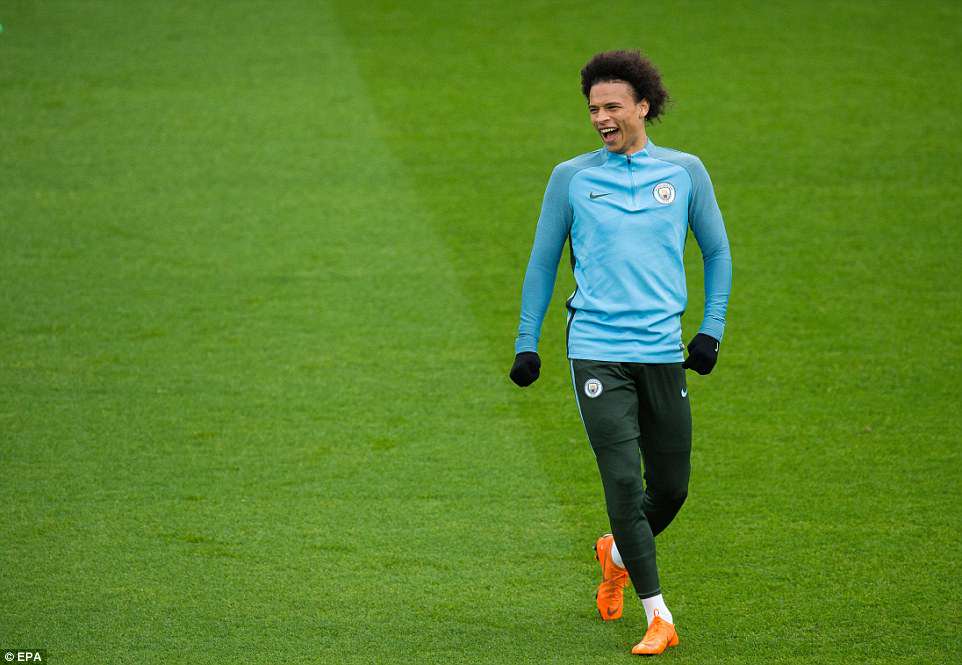 The Spanish coach is anticipating a fiery atmosphere inside Anfield once the match kicks-off but has called on his players to deal with the expected pressure.

‘We came here to play a football game,’ he told reporters on Tuesday afternoon. ‘Liverpool fans will put a lot of pressure on the players but that is what it is.

‘This is a nice place to play football. People suggest what is going to happen tomorrow but I still have to see it to believe it. Hopefully it will be well and Liverpool fans can show their history speaks for itself.’