Pep Guardiola faces a selection dilemma ahead of Manchester City’s Champions League clash with Shakhtar Donetsk, and may turn to Fernandinho to shore up their leaky defence.

Sportsmail expert Martin Keown previews the action as City and Spurs look to get off to a flying start in their European openers.

KEOWN ON OLYMPIAKOS VS TOTTENHAM

Tottenham’s Champions League campaign last season did not exactly go to plan at the start. First they went to Inter Milan and lost 2-1. Then Barcelona came to town and the Spaniards won 4-2 with Lionel Messi putting on a masterclass at Wembley.

Then they went to PSV Eindhoven and drew 2-2. Tottenham still managed to escape their group and even got all the way to the final, but they will have learned from that nightmarish start.

Mauricio Pochettino will be telling his players to put in the hard work early, because then you make it easier for yourself down the line. I suspect we’ll see a different Spurs, now that the European transfer window has closed. It is as if their season is just starting. 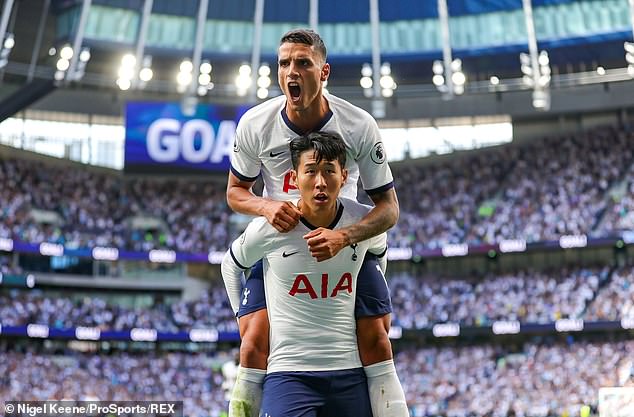 They were magnificent in their 4-0 win over Crystal Palace. They were full of confidence, and Pochettino spoke afterwards about how they feel settled again. He sets the tone of that team. Look at the Premier League table and Tottenham are third.

Had they not suffered that blip against Newcastle, when they lost 1-0 at home, they’d be second, a point above Manchester City. There has been a definite mood change at Tottenham.

Pep Guardiola says Manchester City cannot complain about having only one fit centre-back, and he is right. They knew Vincent Kompany was leaving in the summer, and he wasn’t replaced.

Now injuries have taken over, with John Stones their latest casualty, and the champions of England who desperately want to conquer Europe are up against it.

City cannot wallow in disappointment. They have to get on with it. Following their 3-2 loss to Norwich, the Stones and Nicolas Otamendi partnership came under serious scrutiny. 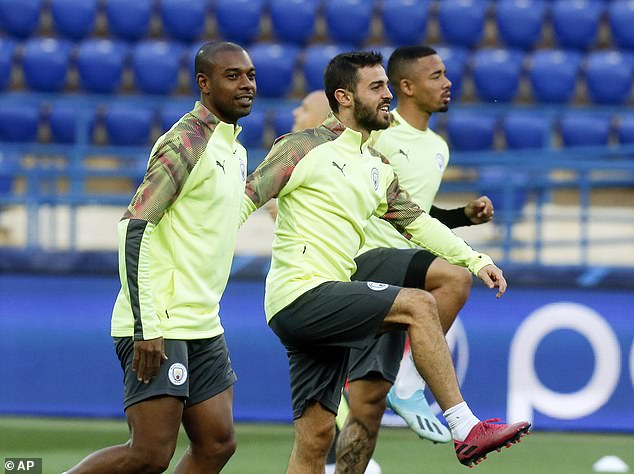 They cost £80million between them but their win percentage together in the Premier League was just 68 per cent. Kompany and Aymeric Laporte’s was 91 per cent by comparison. Fernandinho seems set to start alongside Otamendi against Shakhtar Donetsk tonight, and it might have crossed Guardiola’s mind to turn to his defensive midfielder anyway.

That would have been risky, however. It would have destroyed the confidence of whoever missed out. Now, with Stones sidelined, his hand has been forced.

Guardiola has little choice but to turn to Fernandinho, unless he trusts his kids. I played in Donetsk for Arsenal and, let me tell you, that’s a long trip. The timing of all this is in no way ideal for City.