Pep Guardiola has suffered a setback before a ball has been kicked between Manchester City and Liverpool, after Antonio Mateu Lahoz was appointed to referee the second leg of their Champions League quarter-final clash.

Guardiola has not forgiven Spanish ref Lahoz for his performance when City crashed out to Monaco last season, and brought it up after they lost 3-0 at Anfield on Wednesday night.

The City boss was furious 14 months ago when Sergio Aguero was taken down by Monaco keeper Danijel Subasic, but Lahoz booked Aguero instead of awarding a penalty. Soon afterwards Kylian Mbappe put Monaco ahead as City went on to lose the tie on away goals. Lahoz was in charge for City v Monaco last season, and booked Sergio Aguero for diving 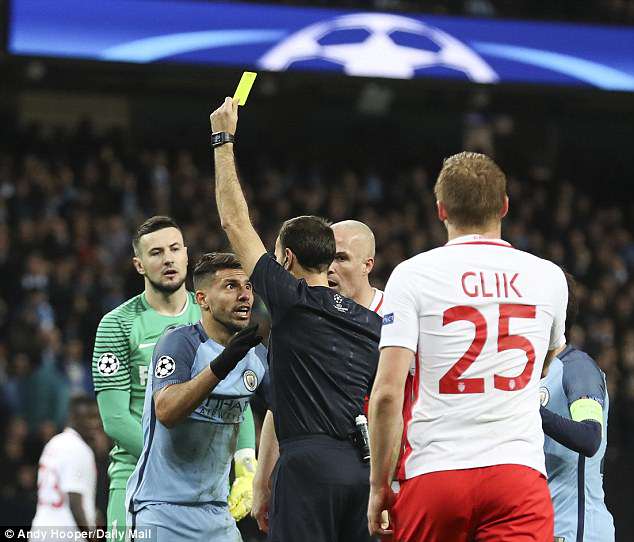 Pep Guardiola has openly criticised Lahoz, however UEFA appointed him on Sunday night

‘I remember what happened last year,’ said Guardiola last week. ‘We were 1-1 at home against Monaco when there was a clear penalty to Aguero and a red card that a Spanish referee did not whistle for. We went from a possible 2-1 to 1-2. These types of situations are really important.’

On Sunday evening, UEFA confirmed that Lahoz would be in charge of Tuesday’s second leg at the Etihad as City try to overturn the three-goal deficit.

He has previously refereed two City games and given three penalties against Guardiola’s side – one for Monaco and two for Napoli at the Etihad in October. 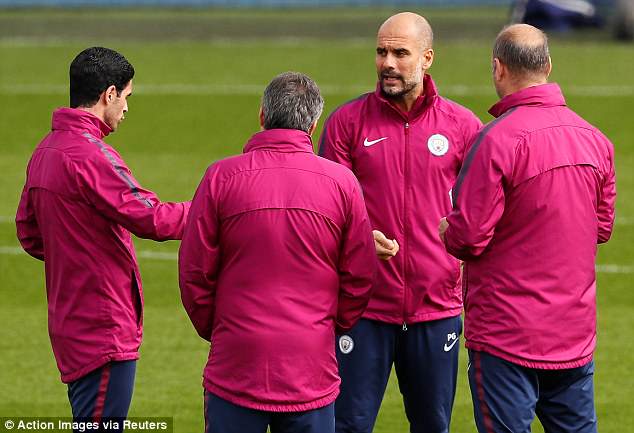 Lahoz is well known in Spain for awarding 92 yellows cards, three reds and nine penalties in just 18 domestic games this season. However, he has been more reserved in Europe, booking 25 players with no dismissals and just the two penalties for Napoli.

Liverpool boss Jurgen Klopp insisted he has no concerns about the referee, and instead pointed to the penalty decisions that went in Manchester United’s favour against Liverpool and City this season.

Klopp thought his team should have been given a spot-kick for Marouane Fellaini’s challenge on Sadio Mane last month, and then Ashley Young got away with an ugly tackle on Aguero at the weekend.

Asked about Lahoz, Klopp said: ‘Nothing. I have no idea about the Spanish referee. To be 100 percent, there was a situation in our last game against United, and I am pretty sure I couldn’t have ignored a clear penalty against Aguero.’