A popular Peppa Pig toy has been recalled amid fears young children could choke on its small parts.

Products that were purchased at Vogue Direct in Lavington Square, NSW, between September 6, 2017 and January 1, 2018, have been found to be defected and should be returned, the ACCC said.

The toys are prone to breaking into small pieces – posing a choking hazard for young children. 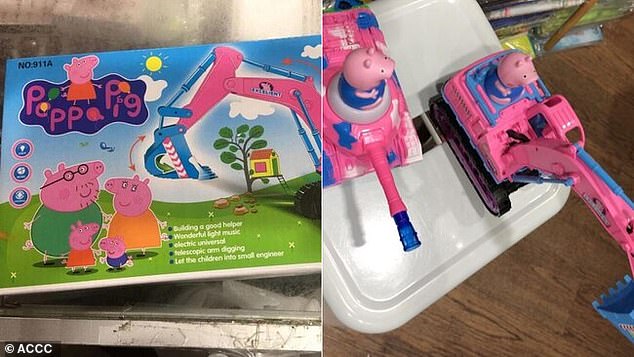 Products that were purchased at Vogue Direct in Lavington Square, NSW, between September 6, 2017 and January 1, 2018, have been found to be defected

‘The product does not meet the requirements of the mandatory standard….The product may break, releasing small parts,’ the notice said.

‘Consumers should immediately stop using the product and return it to Vogue Direct, Lavington Square, for a full refund.’

The recall comes after a three-year-old Perth girl was rushed to the hospital after parts of her Peppa Pig watch became lodged in her throat earlier this month.

Parents Georgie and Clinton Byrne were forced to take their daughter Eadie to the emergency room after she swallowed the pins and screws from the clasp while sucking on the toy in her sleep. 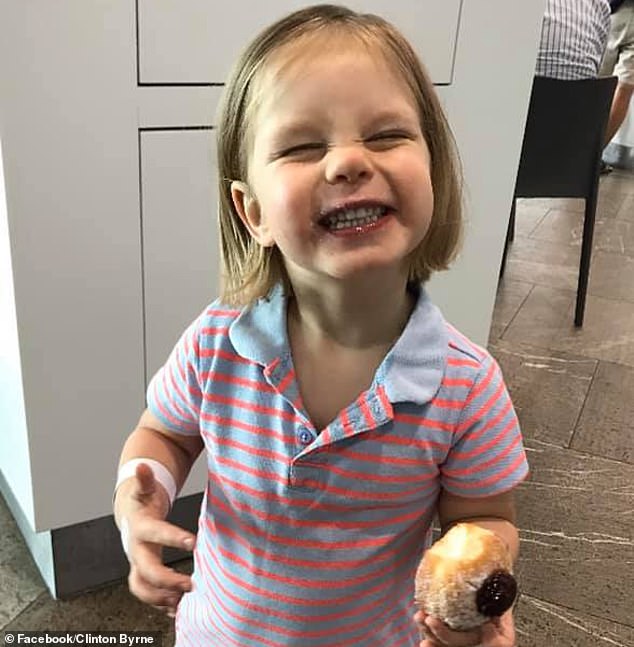 Eadie Byrne (pictured), three, was rushed to hospital earlier this month after accidentally swallowing parts of her Peppa Pig watch in her sleep 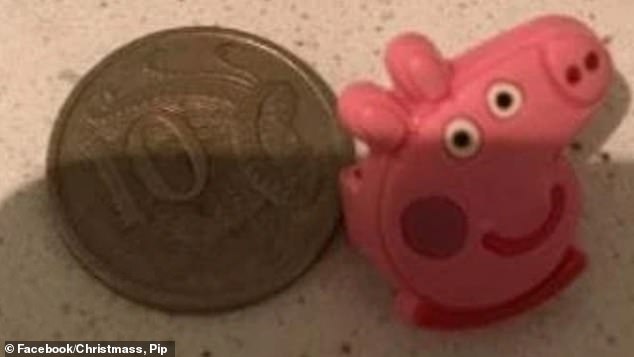 Doctors ordered a CT scan to check whether the metal fastenings had entered her lungs and discovered the smaller pieces had travelled to her stomach while the head-shaped accessory had become stuck in Eadie’s food pipe.

‘Eadie was complaining of chest pain every 20 mins or so which was the confusing part as we assumed it went through to her stomach,’ Mr Byrne told Daily Mail Australia at the time.

‘We were very surprised she managed to swallow so much of it whilst in her sleep.’

The couple warned others to steer clear of the $15 watch that was purchased at Target, but is also available at Big W, Myer, and on eBay.

‘Glad to have her back and Georgie has been an amazing mother supporting a very frightened little girl,’ Mr Byrne wrote on Facebook.

‘I say do not buy it and it should be removed for sale immediately. It is for children three and over and clearly not safe.’