More than 500 items belonging to a convicted serial killer Todd Kohlhepp, 47, are currently being auctioned off

More than 500 items belonging to a convicted serial killer who murdered seven people in South Carolina are currently being auctioned off.

A badly damaged gun safe, power tools, furniture and office supplies belonging to Todd Kohlhepp are among the inventory in an online auction being handled by Mears Land and Auction Company.

Proceeds from the sale will go toward paying judgments against Kohlhepp, 47, who is serving seven consecutive life sentences.

The items are at Kohlhepp’s Woodruff property, where authorities discovered three bodies in 2016, along with a missing woman locked in a storage container.

Last week, a judge awarded $6.3million in damages to Kala Brown, who had been missing for two months before cellphone data led authorities to Kohlhepp’s property. 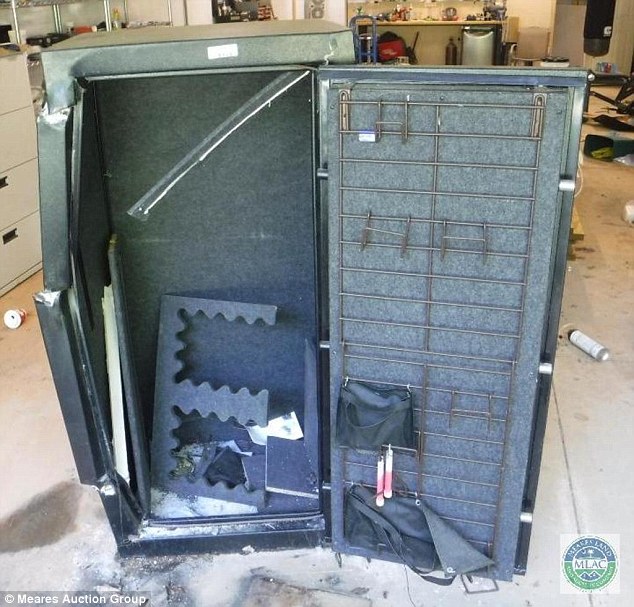 Kohlhepp’s Sentry gun safe, likely damaged during a police search of his property, is being auctioned off by Mears Land and Auction Company 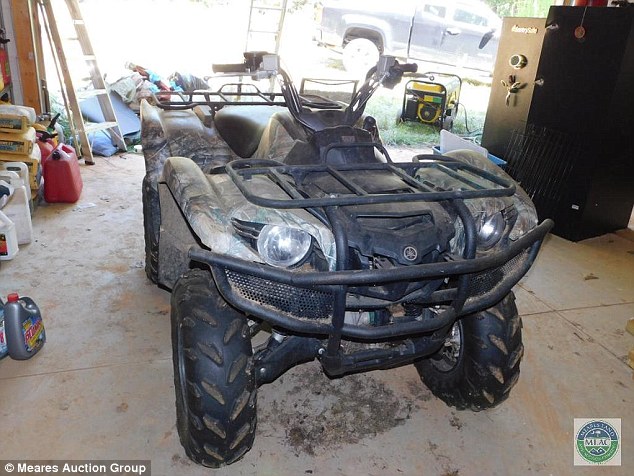 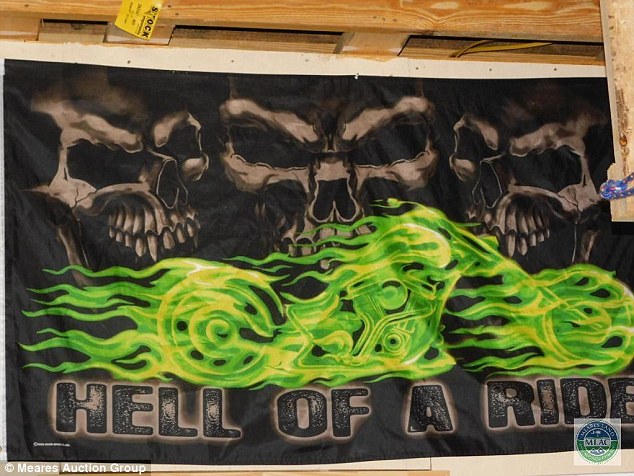 This eerie motorcycle flag emblazoned with a trio of skulls and the phrase, ‘Hell of a Ride,’ was found inside Kohlhepp’s Woodruff, South Carolina, home after his arrest in 2016 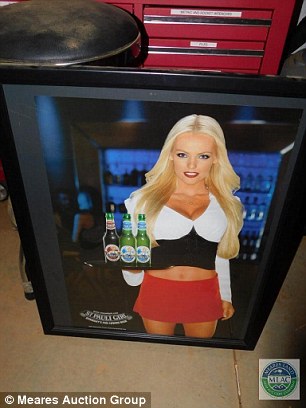 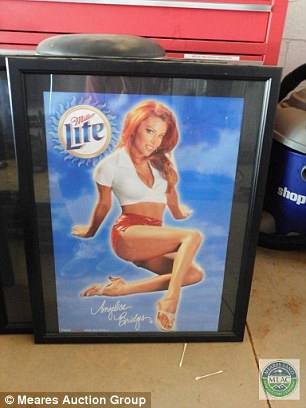 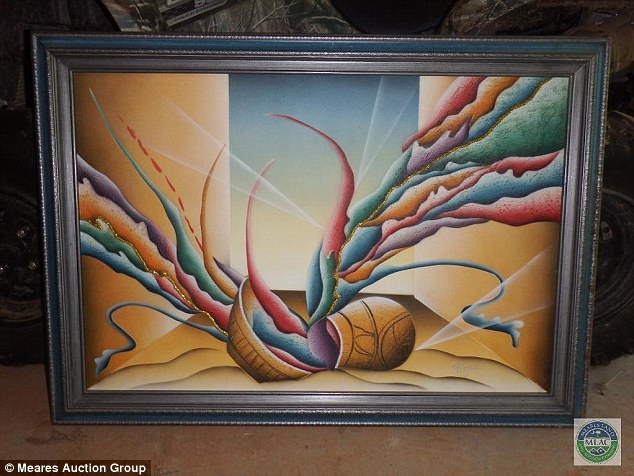 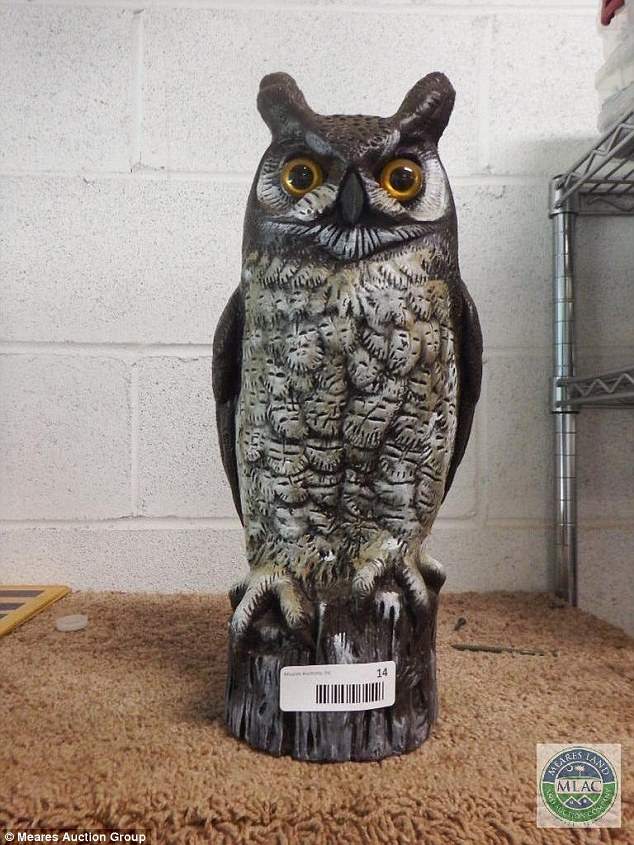 This decoy owl is one of the more than 500 that are being sold, with proceeds going to Kohlhepp’s victims or their estates 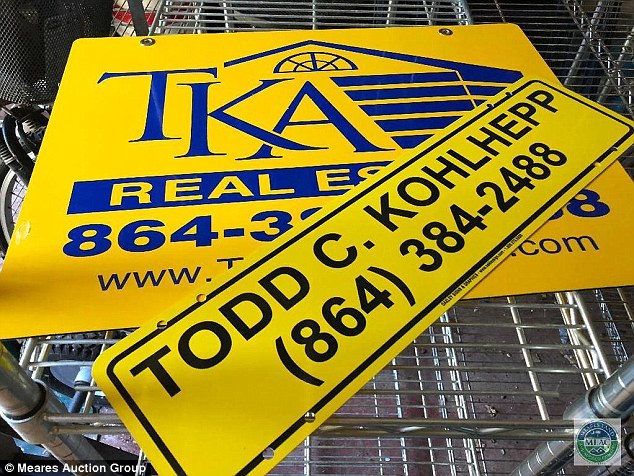 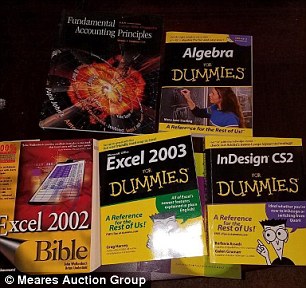 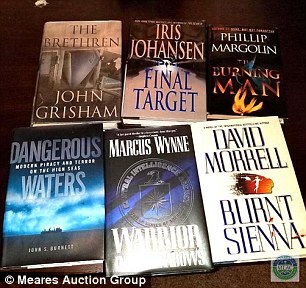 Kohlhepp was an avid reader of paperback thrillers and was alos interested in science and computers at one point in time, as evidences by these items 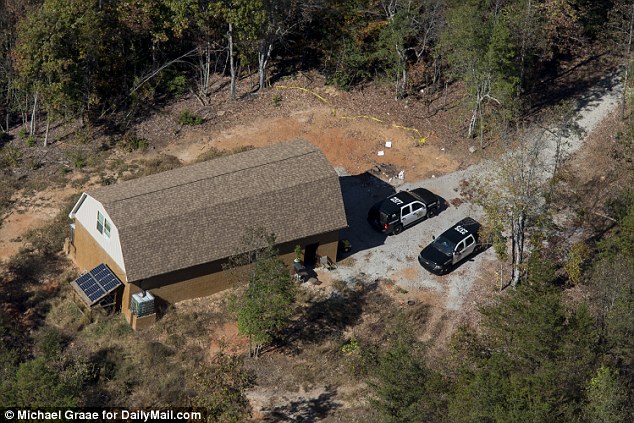 Brown, 31, said she was raped each day of her captivity. Her dramatic rescue from a storage container in November 2016 helped authorities solve seven killings in the area, including that of her boyfriend, 32-year-old Charles Carter.

Bidding opened over the weekend and closes late Wednesday afternoon.

Kohlhepp also had in his possession some wall art, including framed paintings, posters depicting scantily clad ‘beer girls’ and an eerie motorcycle flag emblazoned with a trio of skulls and the phrase, ‘Hell of a Ride.’

Kohlhepp’s 96-acre property on Wofford Road in Woodruff will soon be sold at foreclosure, and all items sold at auction must be carted away by their new owners by Friday afternoon.

The court-appointed receiver of Kohlhepp’s assets is still determining their value. It’s unclear how much money Brown and plaintiffs in five other civil lawsuits against Kohlhepp would actually receive. 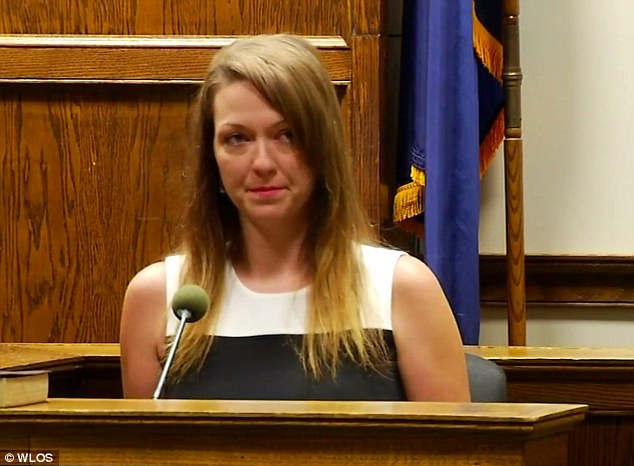 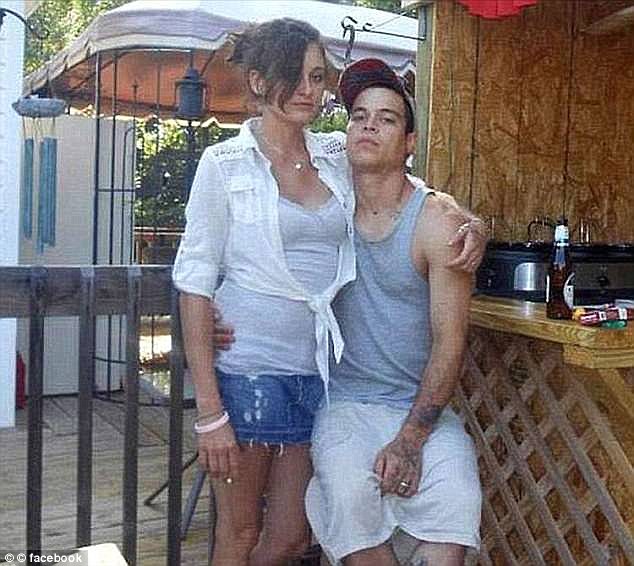 Kohlhepp told Brown he killed Joe Coxie, 29, and his wife, Meagan Leigh McCraw-Coxie, 26 (pictured together), in 2015 and buried their bodies on his land 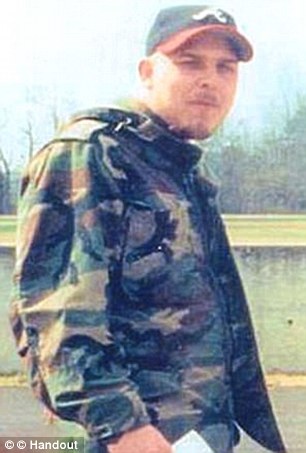 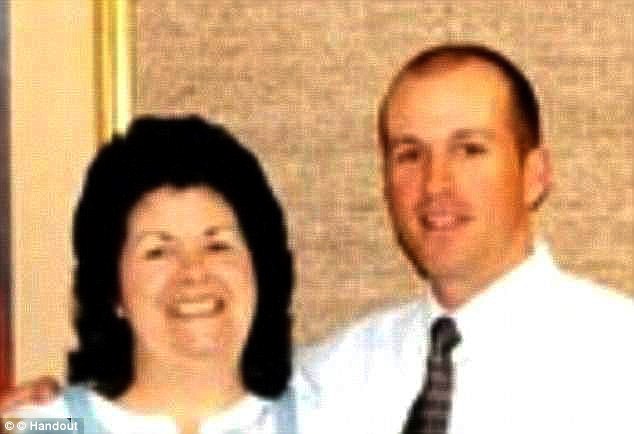 Kohlhepp also admitted that he had killed Beverly Guy, 52 (left), and her son, 30-year-old Scott Ponder (right) in the Superbike motorcycle shop in November 2003

In May 2017, Kohlhepp was sentenced to seven life terms plus 60 years for killing seven people, including husband and wife Johnny Joe Coxie, 29, and Meagan Leigh McCraw-Coxie, 26, in December 2015.

He also admitted to Brown during her captivity that he had killed Scott Ponder, 30; Beverly Guy, 52; Brian Lucas, 30; and Chris Sherbert, 26, at the Superbike motorcycle shop in November 2003.

Kohlhepp has told a television documentary crew that he has two additional victims buried near an interstate, sparking a large-scale search on August 22, which failed to turn up any bodies.