A young couple has been jailed for not taking their nine-week old baby to hospital after she was found to have 35 bone fractures.

Perth’s Sarah Jane Mary Deal, 24, and her former partner Hayden Shane Brooks, 25, didn’t take their baby girl to the hospital for fear they would lose their Centrelink payments.

Deal and Brooks were told by a Perth doctor in May 2016 to urgently take their daughter to hospital because she was having difficulty breathing and had sunken eyes.

Deal and Brooks both pleaded guilty at Perth’s District Court (pictured) to engaging in conduct that may result in harm to the child, for their failure to take the girl to hospital

The child wasn’t taken to hospital until two weeks later when she was discovered to have breaks in every long bone in her body, bruises on her face, and an injury to her eye.

In an interview with the police, Deal said she didn’t take the girl to hospital earlier because she feared she would lose her single parent Centrelink when authorities found she was living with her then partner, Brooks.

Deal and Brooks both pleaded guilty to engaging in conduct that may result in harm to the child, for their failure to take the girl to hospital, the ABC reported.

They were not charged with bashing the child because it couldn’t be proven how she sustained the injuries.

Family members of the young family told the court they witnessed the couple ‘behaving roughly’ with her.

One claimed to hear the child ‘screaming like she was getting murdered’ on one occasion. 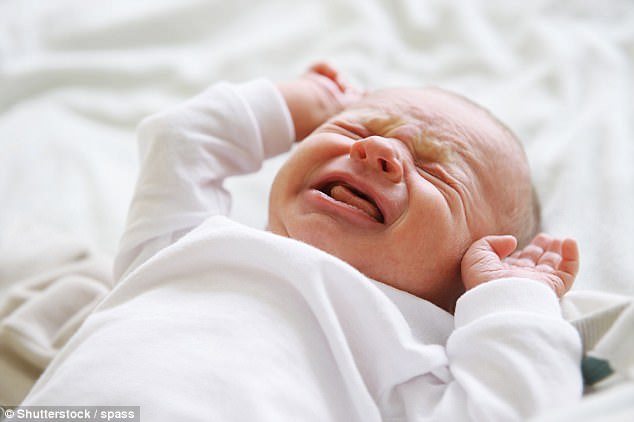 He described the couple’s failure to seek medical help for the child was ‘inconceivable’ and ‘a profound breach of trust’.

‘You both must have known she was in severe pain, that she had been deliberately injured,’ he said.

He noted the girl had since recovered from her injuries and was happy and healthy.

Deal was sentenced to 18 months, and Brooks to 20 months in prison.

They will both be eligible for parole after serving half their sentences.