A baby and beloved pet labradoodle were viciously attacked by two roaming dogs on a suburban street – with the owner saying she couldn’t take care of the animals.

Nicole Filar was walking down a quiet Perth street on Monday morning with her eight-month-old son Leo when a bull mastiff and Staffordshire terrier appeared.

The two dogs attempted to leap up and bite her newborn, before turning their attention to her frightened companion Kiki.

Bystanders rush in to help the young mother fight off the dogs, with her baby left with scratches and her dog traumatised.

‘It’s obviously your child that you try and protect. But it was just horrendous to have to be in that position with the two of them,’ Ms Filar told Nine.

The City of Stirling is now investigating CCTV footage of the attack on Beatrice Street in Doubleview – with neighbours distressed at the presence of the dogs.

Video shows the pair leaping up, attempting to get to little Leo, before one jumps on top of Kiki and started jawing at her neck.

The labradoodle repeatedly attempts to flee the jaws of the dog, but it continues to follow her, eventually tackling her into the hedges.

Two passersby intervene and attempt to kick the brown dog off Kiki, before standing in the way of the vicious pets and the mother.

‘They started circling us and then all of a sudden one of the dogs is jumping up at my son, who’s in the carrier attached to me, and then the other dog has pinned my dog to the ground,’ Ms Filar said. 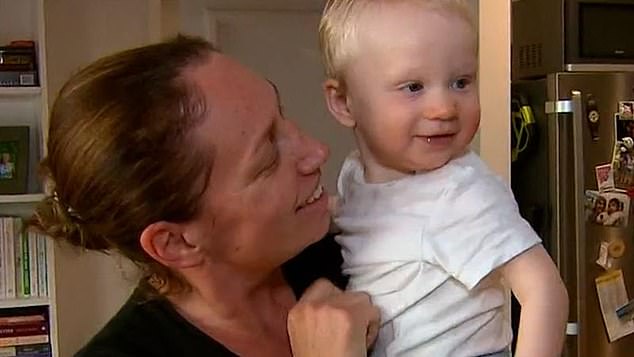 ‘It’s obviously your child that you try and protect. But it was just horrendous to have to be in that position with the two of them,’ Ms Filar said

‘And I just started screaming for help and becoming hysterical because I couldn’t help either of them.’

Eventually the dogs run away, leaving Leo with scratches to his face. Ms Filar is thankful the situation wasn’t worse.

The owner of the bull mastiff and Staffordshire terrier was extremely apologetic for the attack, revealing her grandchild had left them in her care and she was unable to properly look after them. 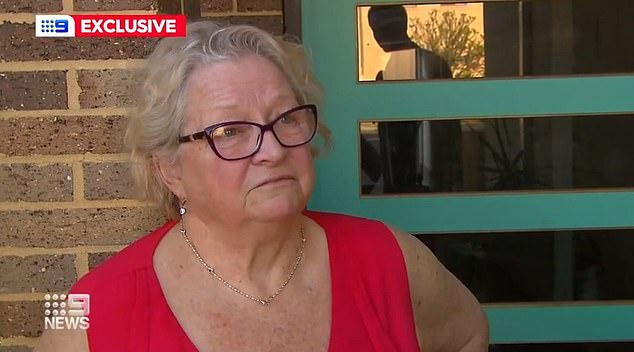 The owner of the dogs, Gloria Fryer, said she can’t properly take care of the dogs and were left with her by her grandchild

‘The dogs have not been trained properly, they don’t get walked,’ owner Glorida Fryer said.

Owners can be penalised with fines up to $10,000 for dog attacks in the City of Stirling – a figure that doubles to $20,000 if they are a dangerous dog.