A driver who lost his eye after a cyclist stabbed him with a pen in a brutal road-rage confrontation has forgiven his attacker despite fearing he would never see his family again and risking a major brain infection.

Mr Kruger is alleged to have opened the car door and punched Mr Abdikarin in the eye and ribs before grabbing a pen from the centre console to stab the driver’s arms.

The driver managed to push the cyclist out of his the car but not before his keys were snatched from the ignition, according to 9 News.

Mr Kruger then allegedly smashed Mr Abdikarin’s windscreen and punched at the passengers window before fleeing the scene on his bike.

‘I was thinking “am I going to see my family again” or is this the last time,’ Mr Abdikarin said.

The father-of-two was rushed to Royal Perth Hospital before his eye had to be surgically removed to prevent a brain infection. 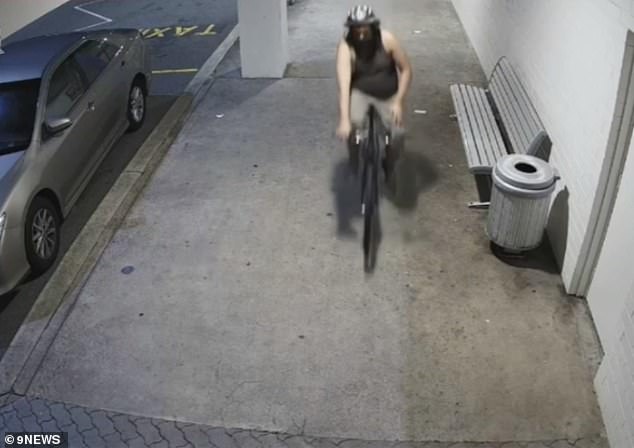 Mr Abdikarin, a Somalian refugee, said he has forgiven his alleged attacker despite his loss of eyesight.

‘I always forgive, I’m going to forgive him,’ he said.

Mr Abdikarin said he has been left living in fear since the incident.

‘I always feel like whoever approaches me wants to attack me,’ he said.

The alleged attacker was refused bail in court.