‘Instant karma’: Drivers rejoice as mobile speed camera driver becomes bogged – as some say THEY should be fined for parking illegally

A mobile speed camera driver has been relentlessly mocked on social media after the vehicle bogged in a nature strip between two stretches of road.

The image, taken at Alexander Drive in Landsdale, Perth, was shared to a Facebook page on Wednesday.

Pictures showed the car on an angle with its rear tyres submerged in the soft ground.

Social media users flocked to the page to poke fun at the mobile speed camera operator.

One person described the incident as ‘instant karma’.

‘Id be charging a fortune for that tow out,’ another person said. 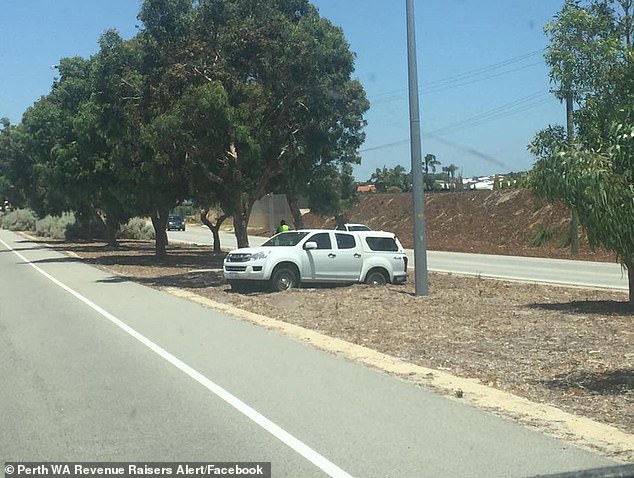 Others wanted the driver to be fined for ‘committing an illegal U-turn’.

A police spokesperson told Perth Now an ‘error in judgement’ had been made.

‘The vehicle has since been recovered and the operator remains somewhat embarrassed,’ she said.

‘The vehicle has since been recovered. There is no damage to the vehicle or equipment,’ the spokesperson said. 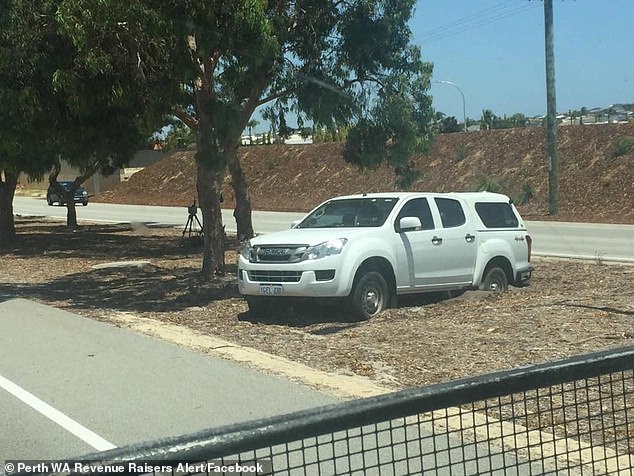