PICTURED: Fugitive on the run after naked ‘torture victim’ is found wandering streets pleading for help – as his father is charged and shocking new details emerge

A man is wanted by police after his father was charged with allegedly torturing a man who was found wandering the streets naked and screaming for help.

Police are looking for Raymond Jay Exell after his father, Robert Allan Exell, fronted court on Monday charged with the alleged attack in Carlisle, Perth.

The 30-year-old is described as being dark-skinned, 161 centimetres tall with brown hair and brown eyes.

Police allege Robert Allan Exell forced a man to strip naked and repeatedly stabbed him with a knife and tomahawk.

The man was allegedly grabbed on Friday and tormented for more than an hour before he escaped.

The elder Exell had been charged with deprivation of liberty and two counts of unlawful acts of omission with intent to harm. 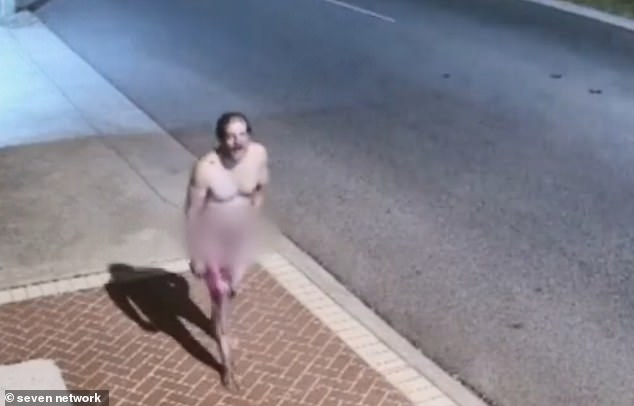 ‘Please please please. Can someone help me. Please,’ he was heard saying, and a witness claimed the man said he had been tortured.

He is in a stable condition in Royal Perth Hospital.

The 52-year-old was arrested during a raid in Belmont on Sunday night and police continue to search for the younger Exell.

Police have warned the public not to approach if they do see Exell but to call police immediately on 131 444.