Perth mother found her son crushed to death under drawers

A grieving mother who found her baby boy crushed to death under a chest of drawers in 2015 is pushing for a change to rental laws.

Skye Quartermaine found her 22-month-old son Reef Kite pinned underneath a wooden chest of drawers in their Perth home.

The accident occurred after the young mother had asked her landlord if she could secure the furniture to the wall.

Reef died from asphyxia caused by ‘crush injuries’ after the 1.25 metre wooden chest fell on him, 7 News reported the WA Coroner’s Court heard on Monday.

A 22-month-old boy, Reef Kite, died from asphyxia caused by ‘crush injuries’ after a 1.25 metre wooden chest fell on him in October 2015 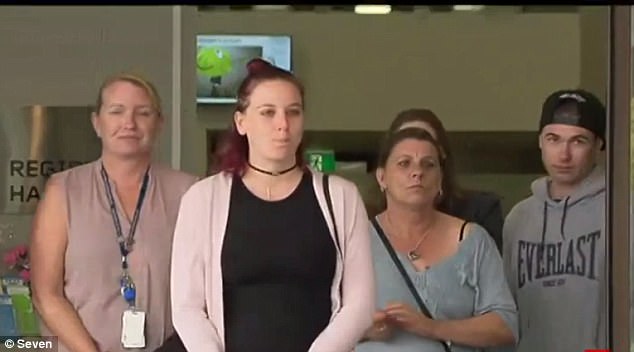 The young mother and her family appeared in court to advocate for a change to rental laws, which would allow tenants to secure furniture to walls without asking permission.

Ms Quartermaine says she was refused permission to bolt the chest of drawers to the wall, but holds no hard feelings towards her former landlord.

‘I would fully advocate and work with anyone willing to help change the law to allow parents to bolt back furniture without any ramifications,’ Ms Quartermaine said.

Assisting counsel to the coroner, Sergeant Lyle Housiaux, told reporters the inquest hopes to raise awareness about the dangers of unstable furniture. 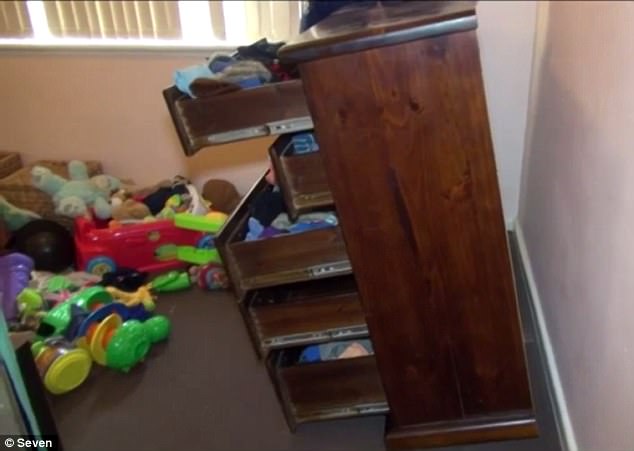 The unstable and unsecure 1.25 metre wooden chest that fell and crushed 22-month-old Reef Kite to death

‘One of the main purposes of the inquest is to raise public awareness about the dangers of unstable furniture which is not secured to a wall and is within the reach of children,’ Sgt Housiaux said.

Ms Quartermaine had put her son Reef to sleep in his bedroom on October 13, 2015.

While she checked in the boy to find him sleeping soundly, a few hours later she found the toddler not breathing, having been pinned beneath the drawers.

Reef was rushed to Princess Margaret Hospital by ambulance but could not be revived.

The family have started a fundraising page with hopes to raise money for a memorial plaque for the 22-month-old.