Girl, 18, is glassed in the face after standing up for her boyfriend when three strangers started hurling racist insults at him at a 40th birthday party

An 18-year-old girl has been left with nasty facial injuries after being glassed at a suburban house party.

Doctors said that the gash was so close to her eye that she could’ve been blinded for life.

The fracas began when Lauren Gloede, 18, tried to stop her boyfriend getting angry at the three men at the the Willagee house party in Perth’s south – and was viciously glassed in the process.

She said she didn’t know what she had been hit with at first.

‘I couldn’t see because whatever the alcohol was was burning my eyes, so actually originally I didn’t know if it was a bottle, or acid because I was burning up, ‘ Nine reported.

The teenager said three men made racial comments to her boyfriend at a 40th birthday party. She doesn’t know who they were but wants to them be outed.

She is also scared to go out, and wants to stay away from crowds and parties. 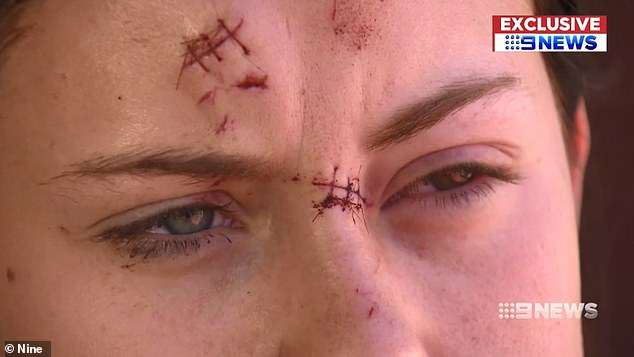 Ms Gloede says while the physical scars will begin to heal, it’s the mental scars that will be hardest to overcome.

‘I won’t be going anywhere there’s intoxicated people,’ she said.

Glassing laws have come under the spotlight in recent years.

In Victoria, the maximum punishment for glassing someone has been increased from 18 months to three years and six months.

Glassing someone with intent to cause grievous bodily harm can attract a 25-year sentence in New South Wales. 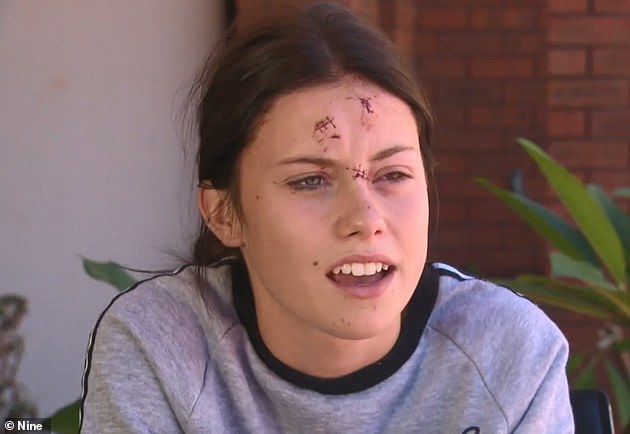