This is the stomach-churning moment a daring YouTuber catches, cooks and eats a live jellyfish.

In his latest ‘stunt’ Jeff is seen catching jellyfish in his hometown of Perth, Australia, wearing one as a hat before going home and cooking the other in a frying pan.

Jeff Ford, 24, is better known by his online persona, Jeffabel a Perth based YouTuber who makes jackass style videos 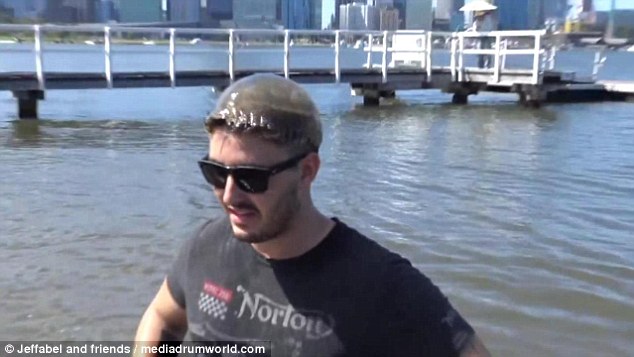 In his latest offering he catches, cooks and eats up a Jellyfish. He also wears one on his head for the majority of the video

But the jellyfish gets the last laugh as Jeff, despite doing his best to cook the creature, proceeds to be violently sick.

As the video opens he is standing next to the Perth river, explaining that they’ve been given a hot tip and there should be plenty of jellyfish in the water.

He jumps in the muddy brown water and beings to ‘fish’ for the creatures, catching them in his hands.

‘Alright guys when you do find one like this, make sure you approach it in a safe manner,’ he said.

Explaining that it’s always important to taste test your food beforehand he digs in for a bite of the Jellyfish. 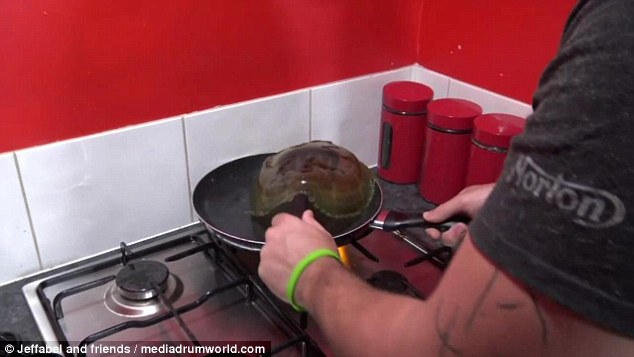 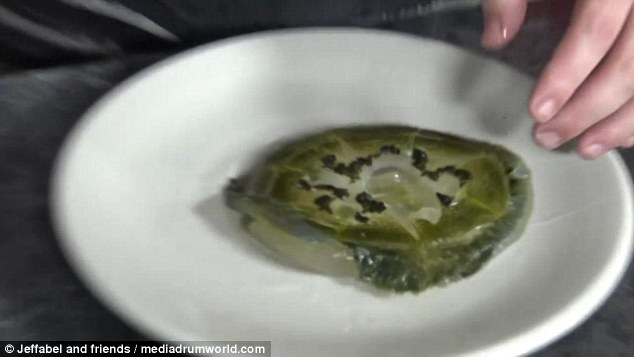 He picks up another one and puts it on his head to wear as a hat.

Finally catching one worth cooking up he takes it home and begins to fry it. A simple recipe, just olive oil and a sprinkling of salt and the exotic dish is ready to eat.

Jeff explains that it’s half fried, half raw, as he plates up the jellyfish which has now become green. He gives it a sprinkling of  BBQ seasoning and declares that it is ready to go. 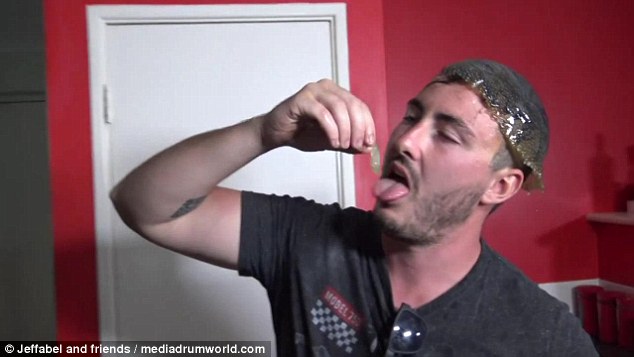 Digging in he pulls s small part off with his hands, accidentally drops it on the floor, then picks it up and eats it 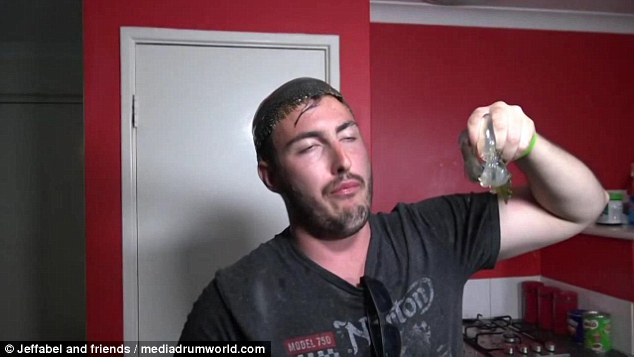 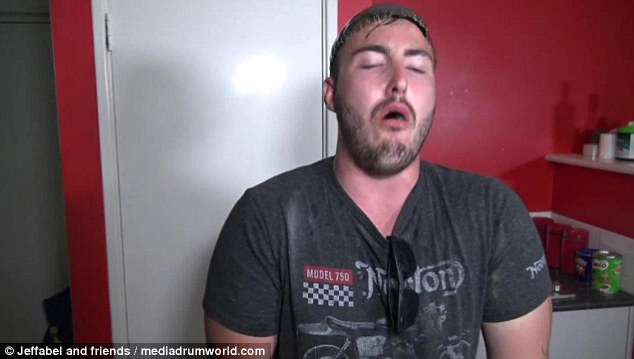 Jeff muscles it with his hand before picking out a slice and digging in.

As he starts to devour the whole thing he sums up the taste by saying: ‘It’s f***ing disgusting.’

After each bite he becomes more unwell before violently vomiting the jellyfish back onto the plate. 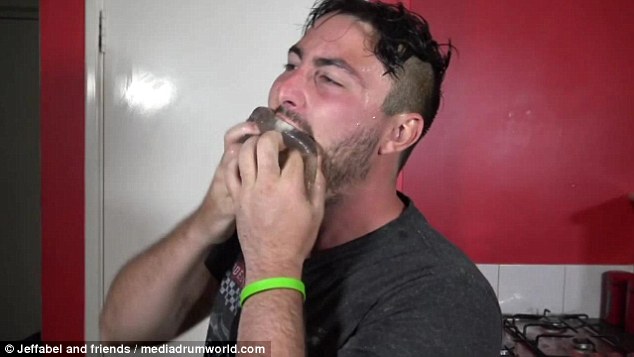 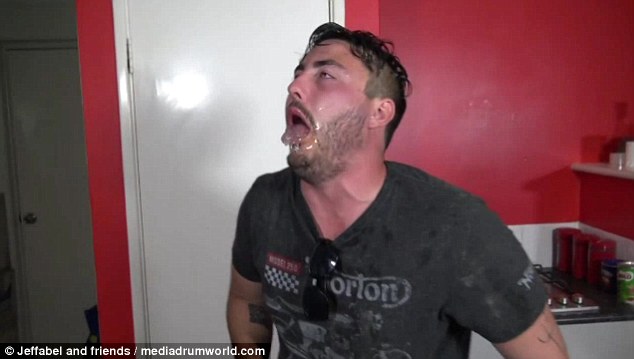 The second jellyfish is too much for his body and he begins gagging automatically. He throws up into his hands and finishes the video barely able to talk

Once he’s finished the pan fried jellyfish he  takes the other one, that he has been wearing as a hat the whole time, and eats it raw.

As the video comes to an end Jeff, who looks severely unwell by this point, reminds fans to  subscribe for more of the same in the future.