Paolo Guerrero scored as Peru hung on to claim a 1-0 victory over Haiti on Saturday night in their Group B opener in Copa America.

Guerrero – the leading scorer of the last two Copa America tournaments – found the back of the net with a diving header from Edison Flores’s cross in the 61st minute.

Haiti’s best chance of the match came in the 94th minute but they failed to make it count.

Kervens Belfort made a run at goal but his header – off a perfectly placed free kick by Jeff Louis – from about three yards outs sailed wide right before the referee blew for full-time.

Guerrero, now 32 and playing in Brazil with Flamengo following spells with Bayern Munich and Hamburg, has 68 international caps. 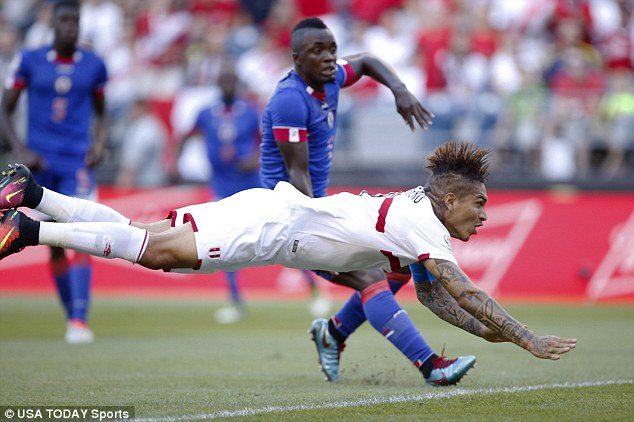