Pervert, 45, tries to blame hackers after paedophile hunters snare him

Pervert, 45, tries to blame hackers in Dubai after paedophile hunters snare him for sending messages to two ‘teenage girls’ before trying to meet 13-year-old for sex

This is the moment a pervert was snared after chatting online to two paedophile hunters who he thought were two girls – before trying to blame it on foreign hackers.

David Nicholson, 45, of Blyth, Northumberland, believed he had been sending messages to girls aged 13 and 15 last month – but had been duped by Dark Justice. 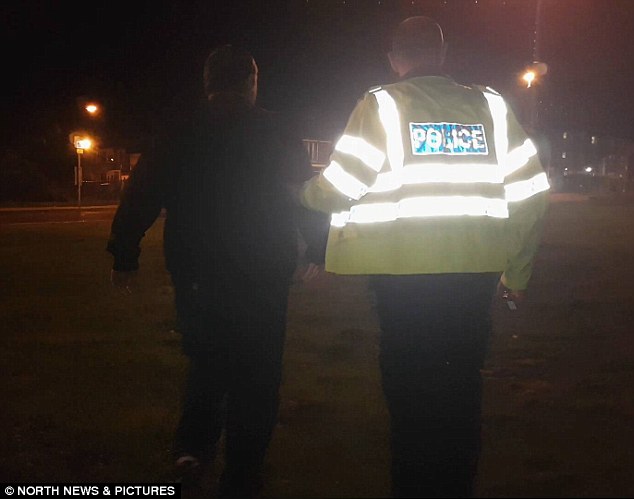 Nicholson had spoken to the profiles about ‘kissing and cuddling’ – and, when the youngest of the profiles asked him about having sex, he replied: ‘If you wanted to’.

He was confronted by Dark Justice when he turned up to meet the 13-year-old girl in Sunderland. Nicholson told them: ‘My internet has been hacked a few times.’ 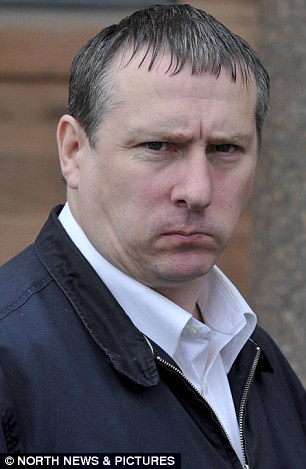 Dark Justice asked: ‘Who by?’ He replied: ‘People in Dubai.’ Dark Justice said: ‘You are telling me people in Dubai are hacking your internet and talking to children?’ And Nicholson said: ‘Maybe.’

Vincent Ward, prosecuting, told the court: ‘They made arrangements to meet at 1am. He arrived at the meeting place, which was (in) Sunderland, and two gentlemen from Dark Justice were there to meet him. He was detained by them.’

The court heard Nicholson was arrested and police found 13 indecent images and three prohibited images of children on his phone.

He admitted two offences of attempting to communicate with children and possessing the banned images.

Mr Recorder Ben Nolan QC sentenced him to a community order for three years with rehabilitation and programme requirements, with a five-year sex offender registration and sexual harm prevention order.

The judge said Nicholson has an ‘unhealthy interest’ in teenage girls, adding: ‘I am prepared to avoid imposing what would be a relatively short custodial sentence so that the interests of the public can be better protected if you go on a sex offender treatment programme.’

The court heard Nicholson has never been in trouble before and did not attempt to conceal his true identity during the online conversations.