Pervert and his girlfriend are both jailed for six years

A pervert and his girlfriend have been jailed after he paid her £64,000 to supply him with pictures of her abusing a child as young as two.

Paula Dos-Reis, 28, regularly sent indecent images and videos of her molesting the young victim to Andrew Barker, 53, over the course of three years.

She was supplied with payment for supplying footage of the child, who was between the age of two and six at the time.

In total, Dos-Reis received around £64,000 in payments from Barker, Luton Crown Court heard. 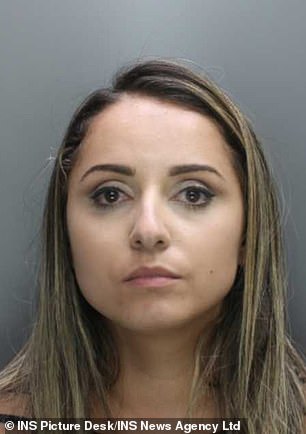 On Monday, the pair were jailed by a judge who described the crimes as ‘horrendous’.

Barker, of Chorleywood, Hertfordshire, pleaded guilty to causing a child to engage in sexual activity, making indecent images and the distribution of indecent images of children. 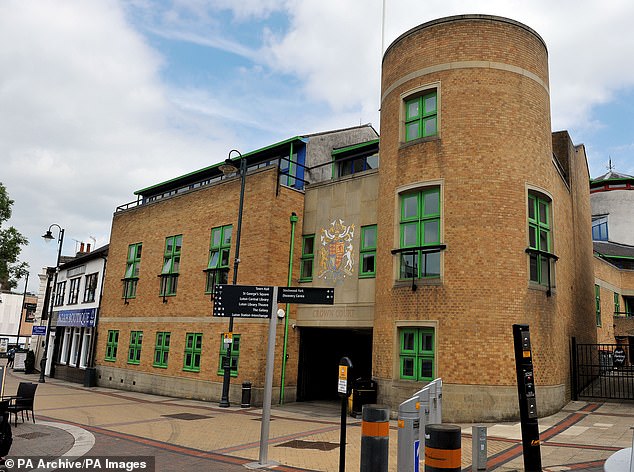 On Monday, the pair were jailed at Luton Crown Court (above, file photo) by a judge who described the crimes as ‘horrendous’

They were both placed on the Sex Offenders Register for life and were made subject of a 12-year Sexual Harm Prevention Order for 12 years.

Speaking after the sentencing, Detective Sergeant Mike Birch, from Hertfordshire Constabulary’s Child Online Safeguarding Team, said: ‘Dos-Reis and Barker’s offending came to our attention via the National Crime Agency as part of a wider investigation they were carrying out into online abuse footage.

‘Dos-Reis met Barker through her work and they began a relationship in 2012.

‘In 2014, the abuse began and continued for three years with Dos-Reis receiving significant payments in return for her despicable crimes.

‘Our main priority in this case was safeguarding the young victim who is now safe and is continuing to receive specialist support as the actions of Dos-Reis and Barker will have a life- long impact on her.

‘Although Dos-Reis and Barker have now been jailed this is not where the case ends as we are now working to seize the money Dos-Reis received under the Proceeds of Crime Act.’