Paul Southern had thought he was meeting a 14-year-old boy he’d been speaking to on the gay dating app Grindr but was instead greeted by Guardians of the North for a third time. Southern is pictured at the front door of his home as he was exposed by GOTN for a second time

A pervert who invited what he thought was a child to his home for tea is back behind bars after being snared by paedophile hunters for a third time.

Paul Southern, 40, was jailed for 21 months last year for trying to meet what he believed to be two underage boys, after being duped by Guardians of the North (GOTN) on  a dating website.

Southern had thought he was meeting a 14-year-old boy he’d been speaking to on the gay dating app Grindr but was instead greeted by Guardians of the North, who’d posed as the teen.

Just two months later, while on police bail over the first confrontation, Southern contacted a second profile on the same site.

He was told the profile belonged to another 14-year-old called ‘Thomas’ and he once again turned the conversation to sexual matters  before being exposed by the group on his doorstep.

Newcastle Crown Court heard that despite being banned for life from having contact with children as a result of the two offences, the 40-year-old has now been caught by the same group for a third time using Grindr.

When he spotted the undercover group, who he recognised because they’d caught him out before, he attempted to flee from the scene close to his home in Sunderland. 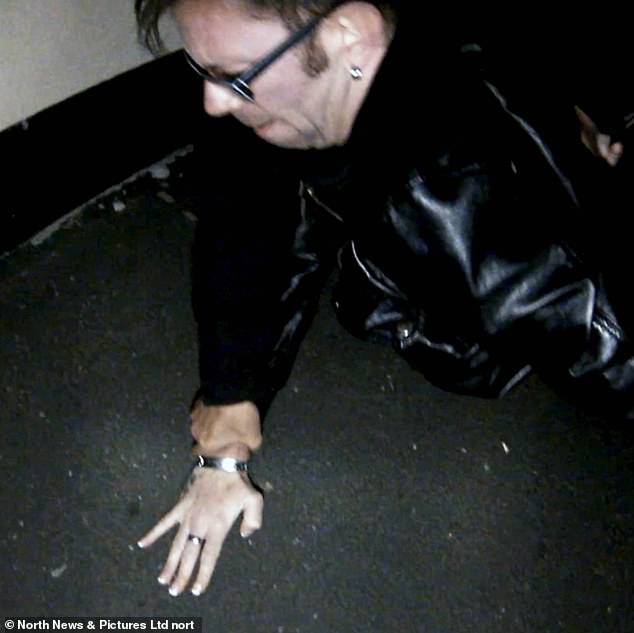 After being confronted for a third time, Southern was grabbed by a GOTN member, known as Joe. He was pulled to the ground and held until police arrived and arrested him 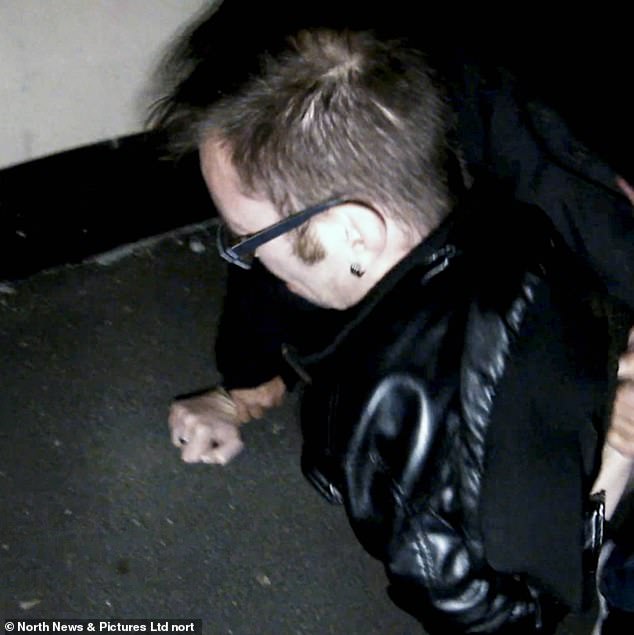 He spotted the undercover group, who he recognised because they’d caught him out before, he attempted to flee from the scene close to his home on in Sunderland, Tyne and Wear.

But he was grabbed by a GOTN member, known only as Joe, pulled to the ground and held there where he struggled until the police arrived and arrested him.

Joe said: ‘As soon as he saw us he knew who we are and tried to make a run for it.

‘I managed to catch him and I made a citizens’s arrest.

‘He was struggling so much I had to get him down on the ground. I straddled him and kept him there for about ten minutes until the police arrived. It seemed like a long time.

‘You only go on Grindr for one reason, although the conversation wasn’t in any way explicit. The chat we had with him only lasted for about an hour before he suggested a meeting. It all happened very quickly.

‘Paul asked the ‘boy’ if he’d come round to his house for tea. We were going to contact the police and let them deal with it but he was very persistent and in the end we agreed to meet him ourselves at the end of his road.’ 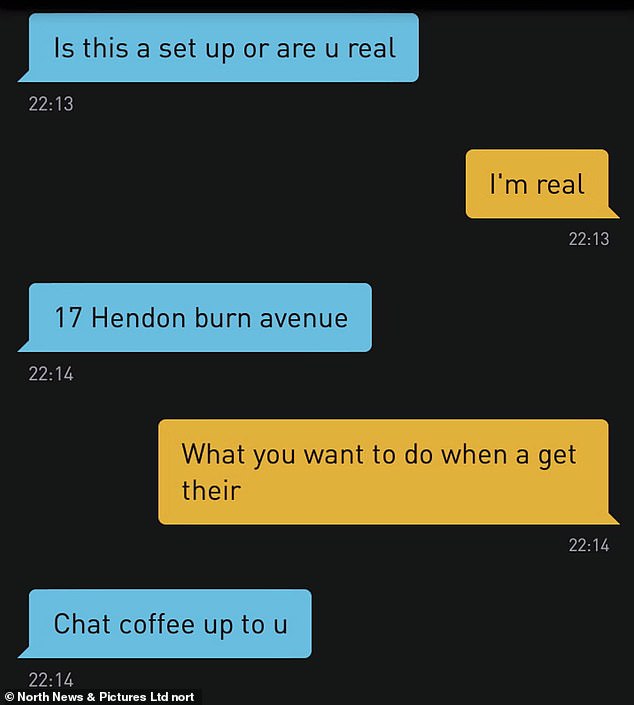 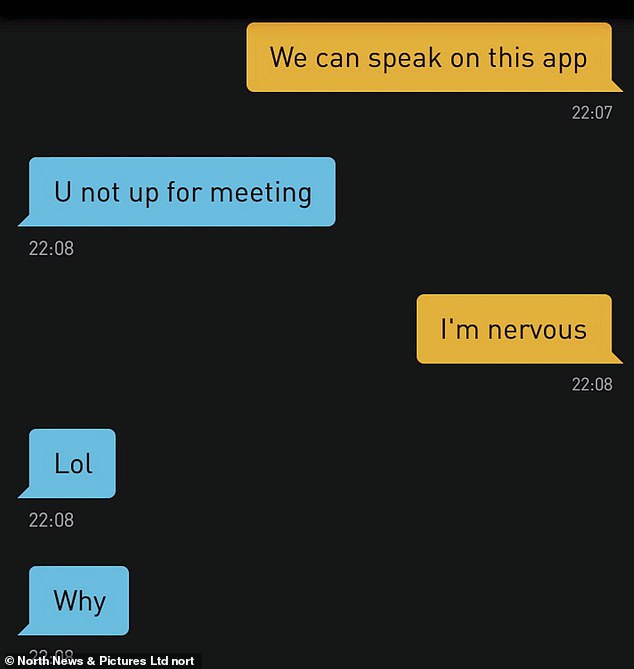 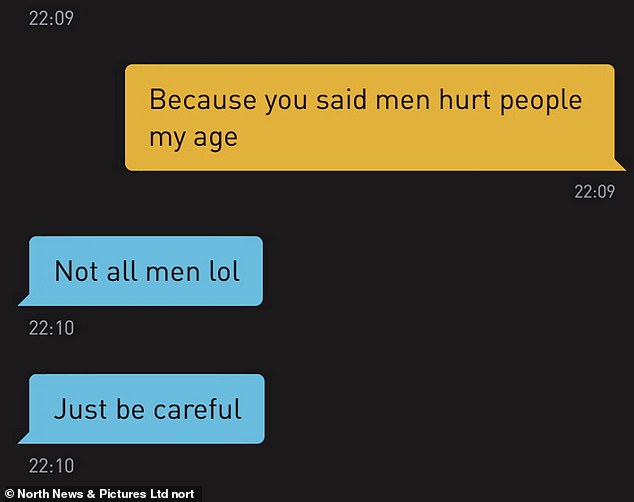 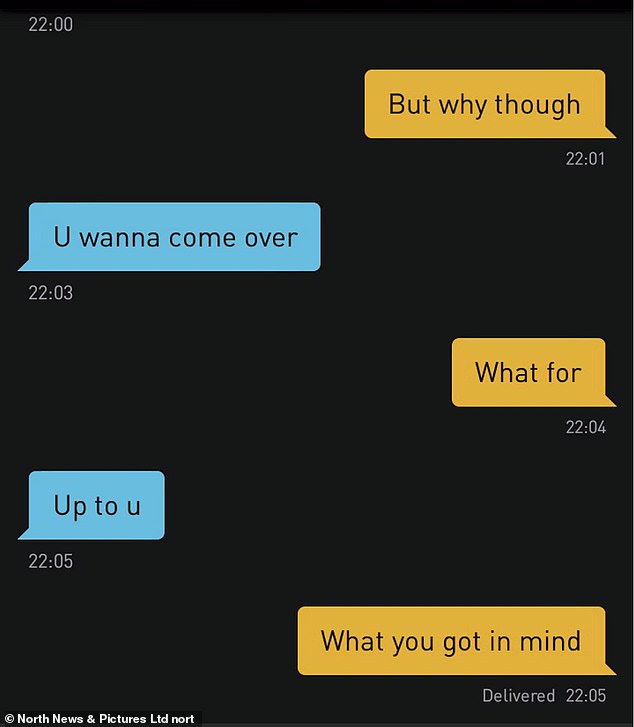 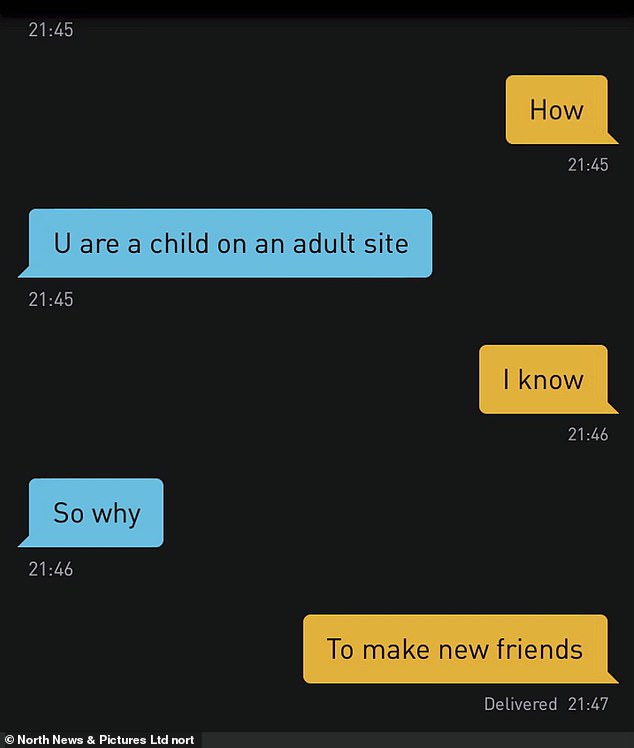 But after his release from jail he was snared by the group again, using the same dating app Grindr, when he chatted with the ‘teen’ last month.

Prosecutor Mark Guiliani told Newcastle Crown Court: ‘The group was able to establish his address, where he was living. They went around because he invited the 14-year-old boy, or the person he thought was a 14-year-old boy, around for tea.’

The court heard instead of a naive schoolboy turning up at the house for ‘tea’, members of GOTN, who pose as children online to expose paedophiles, arrived at the door instead and alerted the police.

Judge Tim Gittins jailed him for 16 months and said it was ‘likely significant sexual contact would have followed’ if Southern had been able to meet an actual child.

Judge Gittins told him: ‘This is not just a breach of sexual harm prevention order in a minor way but by trying to commit the same sort of offence you tried to commit last year, effectively attempting to sexually groom a boy under 16.’

The judge told Southern there was no problem with him using the site to meet adults.

But he added: ‘It is clear you are ready and willing, if there are underage boys on the site, to contact them with a view to meeting for sexual behaviour to take place between the two of you.’

Southern remains subject to the sexual harm prevention order and must sign the sex offenders register, both on an indefinite basis.

Alec Burns, defending, said Southern ‘was not actively looking for children’ when he went on the site, which is for adults, and added ‘his request was for tea’.

Mr Burns added: ‘Initially, he told the person he should not be on the dating website, that he could get harmed by adults, but then he carried on and asked him to come to his house.’

Mr Burns said Southern has been the subject to abuse by his neighbours due to his past, and leads a ‘lonely’ existence.

The court heard Southern had been so ‘very drunk’ when he asked the boy for tea that he has ‘absolutely no recollection at all’ of it.