This is the shocking moment a thief snatched a family cat from the roof of a car.

The 12-year-old black and white male cat called Pepsi was grabbed from the top of the vehicle in Hartlepool, County Durham, in the early hours of Sunday.

His owners checked their CCTV after Pepsi failed to return home – and saw a man wearing a tracksuit approach and snatch the animal before quickly walking away.

Pepsi’s family fear the man in the video had been out lamping – hunting for rabbits with dogs by torchlight – but had been unsuccessful.

Ms Parkinson, who declined to give her first name, said the pet was a gift to the family from her father, who bought Pepsi when he was dying from cancer.

She said: ‘We adopted Pepsi from a cat shelter with our other cat, Penny, and we’ve had him for about ten years. My dad battled with cancer for years and passed away in 2010.

‘All the way through that often the cats were the only members of the family who weren’t constantly stressed and so they were always there for us.

‘I was 12 when my dad died so a lot of the time when I wasn’t understanding what was happening, I’d have the cats with me.

‘At the point when my dad was in a hospice bed dying, my mam would take Pepsi to see him and it was often the only normality he had.’ 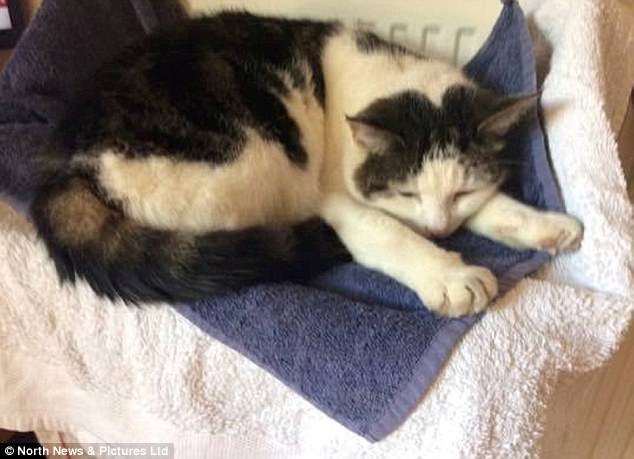 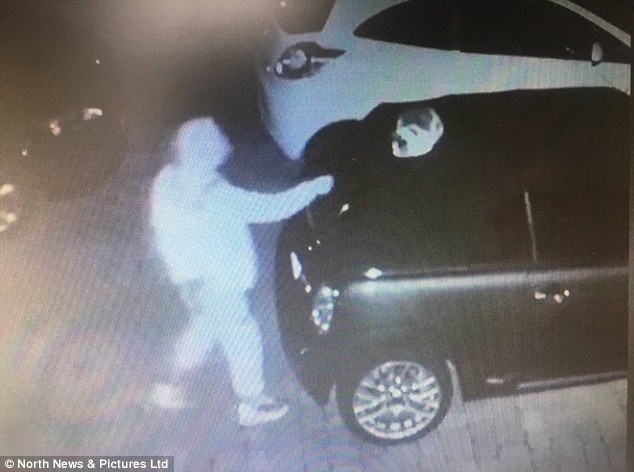 Ms Parkinson and her family fear Pepsi was taken by so-called lampers who are said to use small animals to train their dogs.

She said: ‘This may seem irrelevant to some people but Pepsi and Penny have a place in our home as a reminder of the only good thing that happened in the last few months of my dad’s life.

‘The idea of him coming to harm is absolutely heart-breaking, especially if it is some subhuman rat wanting to see him dragged about for their own entertainment.

‘It is absolutely revolting that someone dragged our 11-year-old cat out of his home into a random place with someone who doesn’t care for him, presumably just to be savaged.

‘The people who do this kind of thing are selfish and inhumane – the guy who took him from our car didn’t stop once to think about where our cat was coming from, going or how much he means to us.

‘We know at this point that if he’s been taken lamping he most likely isn’t with us anymore but we just want to know where he is. Someone knows who did this and all we want to know is where Pepsi is.’ 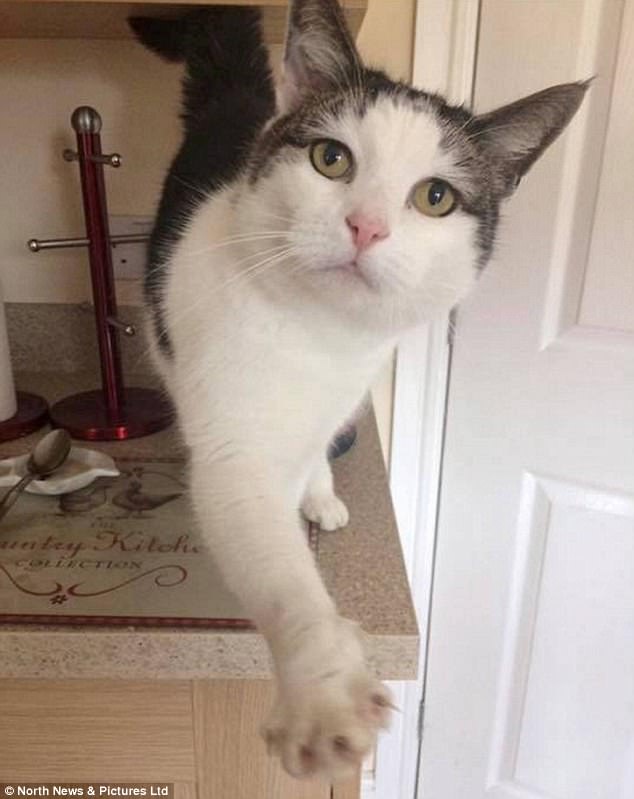 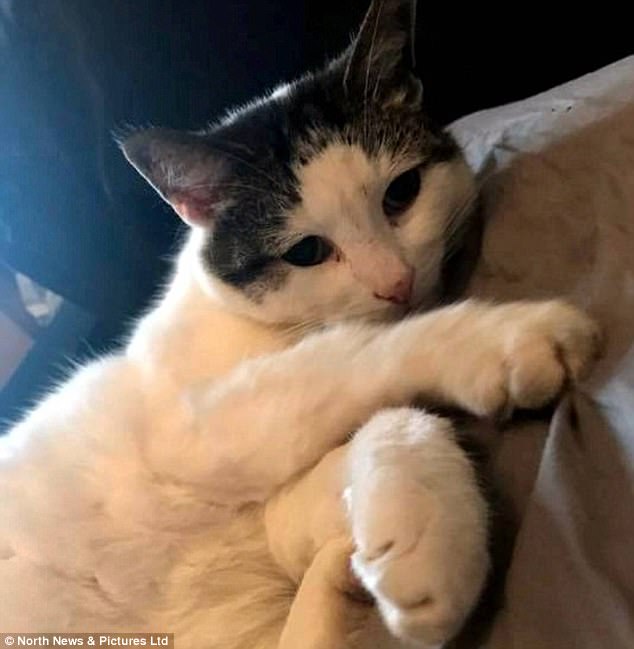 The cat, called Pepsi, is white with black patches, and has no collar but is microchipped

A spokesman for the Hartlepool Neighbourhood Policing Team said Pepsi could have sustained serious injuries as a result of the incident.

He said: ‘Hartlepool Neighbourhood Policing Team have been made aware of an incident involving a family’s pet cat in the Bishop Cuthbert area.

‘The cat was seen on CCTV on October 29, 2017 between the hours of 3.20am and 3.30am sat on a car roof. An unknown male person has approached the cat and grabbed it by its legs dragging it off the vehicle.

‘The cat, called Pepsi, who is white with black patches, no collar but is microchipped, will invariably have received serious injuries and will require urgent veterinarian treatment.

‘Pepsi is a much loved family pet and is still currently missing after not returning home to its distraught owners. Can residents please check gardens, sheds, hedges etc, to see if Pepsi can be located ASAP.

‘We would also ask if any residents have private CCTV in the Merlin Way area to please check their cameras and come forward, anonymously if required, to assist in the enquiries to locate Pepsi and the person responsible who will be dealt with.’

Anyone with information should contact Cleveland Police on 101, quoting event number 196970.