A dog owner says she is ‘devastated’ after her five month old labradoodle was found dead after going missing from a dog day care centre.

Andrea Pothier’s puppy Ghost was discovered lying at the side of a busy road, just yards from the company’s enclosure.

Some 100 people had joined in the hunt for the dog and spent 10 days around the City Paws Club site near Chessington, Greater London.

But despite the extensive search, and a social media campaign that won support from around the world, Ghost’s body was spotted by a motorist on the A3. 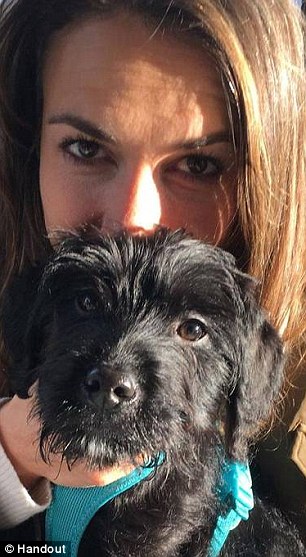 Ms Pothier, 36, of Fulham, south London, told Mailonline that she is now seeking to take legal action against the company.

She said: ‘I was completely and utterly devastated.

‘It was really emotional. Someone else lost my dog and for 10 days I was devoting myself to finding him. For it to end like that was heartbreaking.

‘I think for a while, I have been too upset to be angry, Now I am angry.

‘We had 100 people helping with the search, I have 2000 messages of condolences on his page from all over the world. Everyone is angry and upset.

‘It is completely unforgivable. He was like my child.’

Andrea and her partner Ivor O’Toole, 45, left Ghost with City Paws Club for a trial day on March 6. 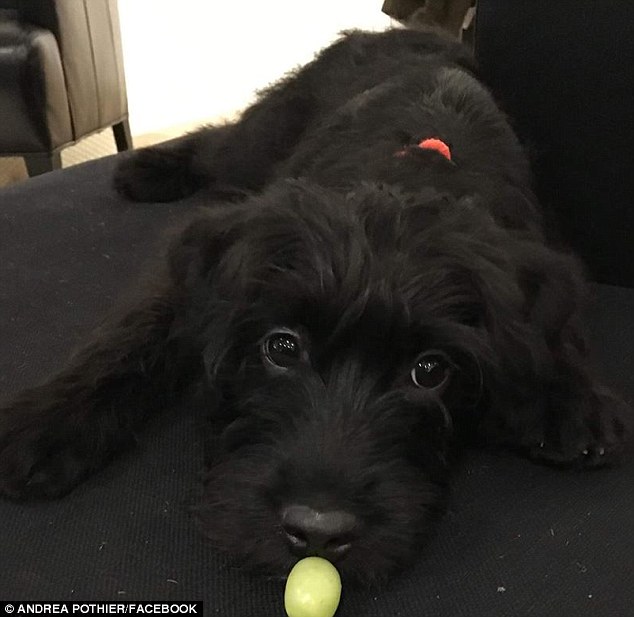 Despite an extensive search, and a huge Facebook campaign, Ghosts body was found by the side of the A3. 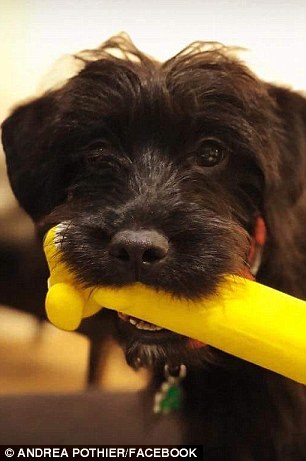 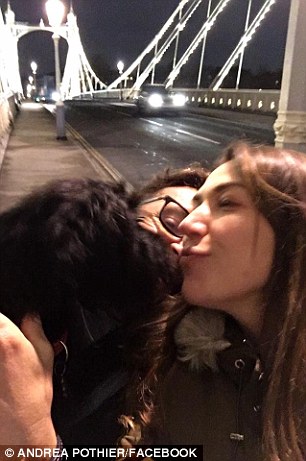 Some 100 people joined in the search for ghost, (left) and Ms Pothier (right) said she was ‘overwhelmed’ by the support she received

But hours after he had been picked up, Andrea received a call from the firm saying Ghost had disappeared.

Staff had left two gates open, and as they tried to move him back inside, he jumped over another fence, and ran off.

‘The fence is nowhere near high enough. My biggest regret is not checking out the site before he was sent there.

‘He shouldn’t have been off his lead.’

He vanished at 2pm, but they didn’t tell Andrea and her partner that he was missing for two and a half hours.

‘They called us after 4pm. By the time we got there it only left us an hour of daylight to search. 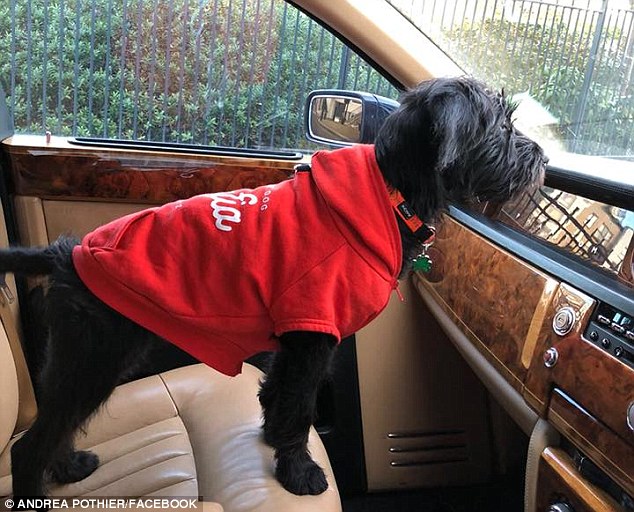 Ghost was a five month old Labradoodle. He went missing on March 6

‘They only had two members of staff looking for him. Everyone else had gone home. We looked until 10.30pm that evening.

‘And we continued with the search for the following 10 days. We would either drive back to Fulham or sleep the night in a van.

‘We were literally there from 5am until 10pm at night.

‘We managed to get a huge social media following, attracting support from around the world. The local community also helped. They were amazing.

‘The reason it touched so many people, was because Ghost meant everything to me.

‘We were then contacted by a motorist who had seen the campaign on Facebook and the posters, and told us that he had seen a black object on the side of the A3 for a number of days.

‘He finally stopped and took a picture, and it was confirmed it was Ghost.’ The puppy had been hit by a car.

Matt Boyce, who started the company, which is based in Wandsworth, south London, in 2012, apologised in an an email to Ms Pothier and Mr O’Toole and said that they were ‘revisiting all procedures and taking more safety measures.’

He said: ‘On this occasion we let you all down, we had safety measures in place for new dogs in our daycare that were not followed through on. 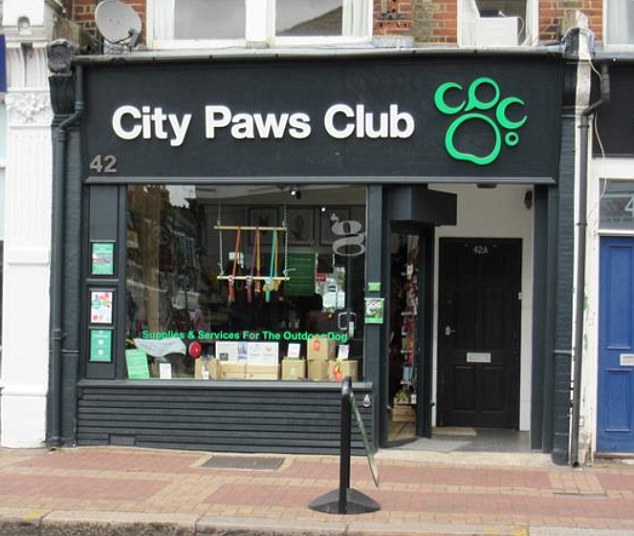 The City Paws Club are based in Wandsworth and have an enclosure in Chessington,Greater London

‘Whilst we did not expect Ghost to react the way he did, preventable measures should have been taken to ensure he was not able to exit over our perimeter fence.

‘The normal procedure would be to put Ghost on a lead. Due to the difficulty our team experienced in the main enclosure, they tried to encourage him out of the gate door, but Ghost was too quick for our team member to react.

‘This led to Ghost moving to the car parking area, becoming nervous and then jumping over a fence and running away. We had not seen this happen before as all dogs normally come to us at the car park ready to go home.

He added: ‘As the business owner of City Paws Club, I pride myself on transparency and will be conducting a full investigation into the event which led to Ghost escaping our daycare with a full report being made available to you both.’

A Elmbridge council spokesman said it received one complaint last year about the company and confirmed there were no other investigations.