An Instagram star has been reunited with his beloved pooch Kobie after he was stolen by callous thieves outside a busy Sydney shopping centre.

The musclebound content creator who posts under the name nonworldon said dognappers struck when he ducked into his local Woolworths supermarket at Green Square in Zetland between 7:15pm and 7:30pm on Monday.

He had tied the social media star husky up outside the store but when he returned Kobie was nowhere to be found.

But two days later, he finally found the adorable pooch wandering a Zetland park, likely let free by his worried captors when the dog became too hot to handle.

Nonworldon said the incident had been devastating and took a huge emotional toll.

‘It’s been over 36 hours. I just want my Kobie back,’ he wrote on Instagram earlier today.

He even offered up a ‘no questions asked’ $1000 reward for anyone who could bring the dog back.

‘A lot of people told me to wait because this is what the people who took him would have wanted,’ Nonworldon said.

‘But… I’m so exhausted. This has been a nightmare.’

He notified the police and Woolworths management who examined camera footage from that day, but there was still no sign of the adorable pet. 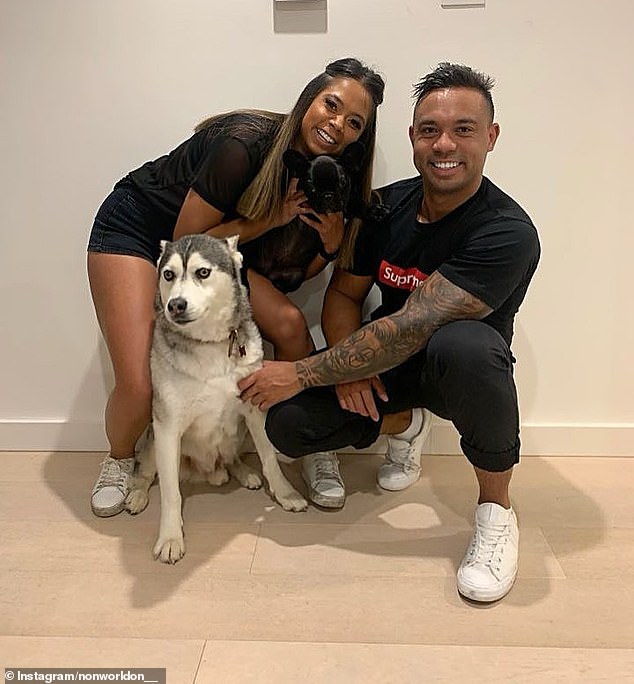 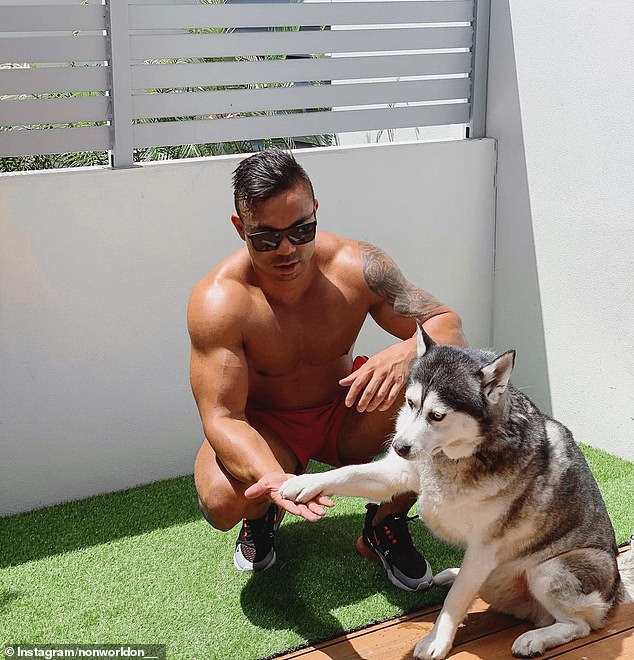 The musclebound content creator (pictured with Kobie) said dognappers struck when he ducked into his local Woolworths supermarket at Green Square in Zetland between 7:15pm – 7:30pm on Monday

‘I’m just worried he’s not getting fed, being beaten or even thinking I’ve abandoned him,’ Nonworldon told his legion of followers.

‘To some of you he may just be a dog but anyone who has had their own pet, you’d understand that this is a big deal.’

Nonworldon spent the past two days putting up posters, scouring local Facebook groups, driving around the neighbourhood and even peering over fencing as he frantically searched his stolen pup. 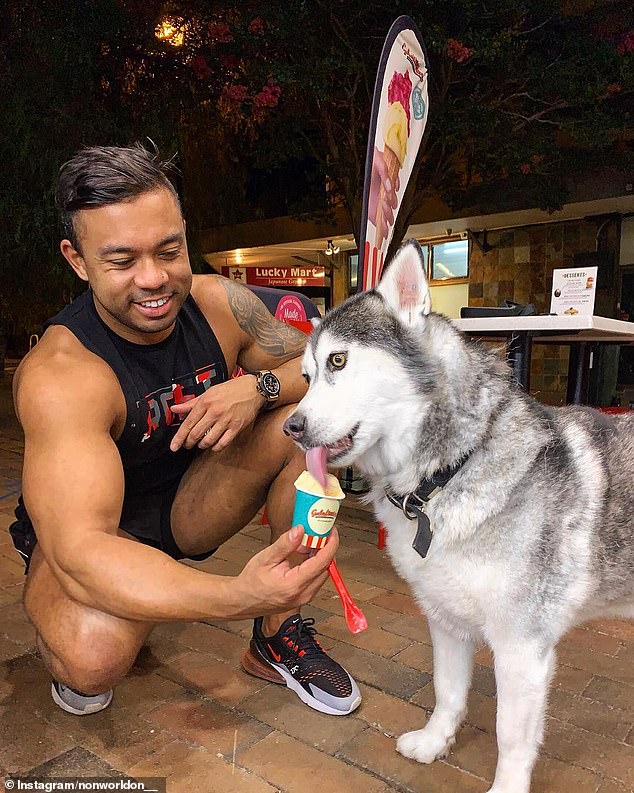 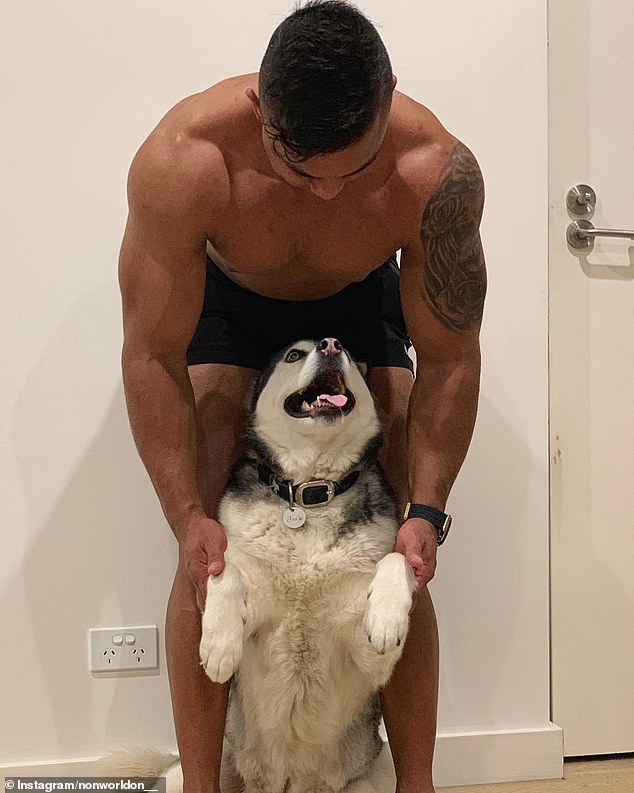 Kobie (pictured with Nonworldon) was a little worse for wear after being found, and ‘smelled’ terribly, but he seemed to be in good spirits despite his ordeal

But on Wednesday evening he was finally reunited with the lost canine, finding him roaming around a park in Redfern.

Kobie was a little worse for wear and ‘smelled’ terribly but he seemed to be in good spirits despite his ordeal.

‘I am so happy, you have no idea,’ Nonworldon said.

‘Thank you so much everyone, he is back!’