A Chinese man died after trying to catch two men who snatched his dog onto a van from his home in southwest China.

The 48-year-old man held onto a van window as he desperately tried to save his pooch. He was dragged 200 feet before being push off the car and hit his head on the floor.

A week after, local police busted an illegal dog trade and arrested six men for thievery and larceny. 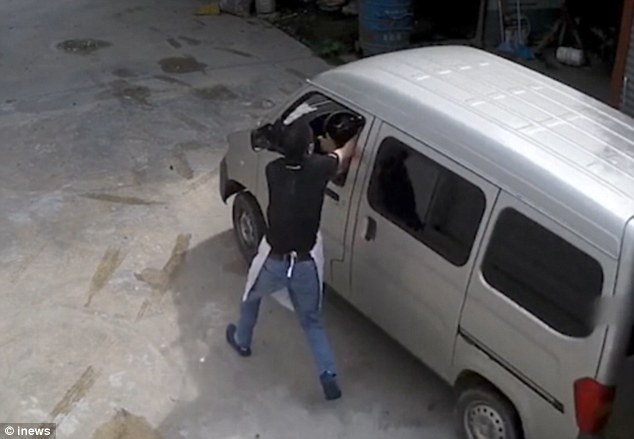 CCTV footage captured the moment a man in orange top cutting an iron chain before grabbing a white dog onto the silver man.

Mr Xie can be seen holding onto the driver’s window as the van drives away.

Mr Xie was taken to hospital by his wife. Doctors diagnosed him with severe brain injury and performed emergency surgery on Mr Xie, according to the report.

Mr Xie was living on life support for 18 days and died of multiple organ failure caused by lung infection after the operation.

Local police launched an investigation upon receiving a report from Mr Xie’s 25-year-old son, Xie Wen, on an account of dog theft.

A week later, the policemen busted an illegal dog trade in a small village in Xindu district in Chengdu.

Six men, including Xu Feng and Zhang Bo, who snatched Mr Xie’s dog, were arrested for theft and larceny. 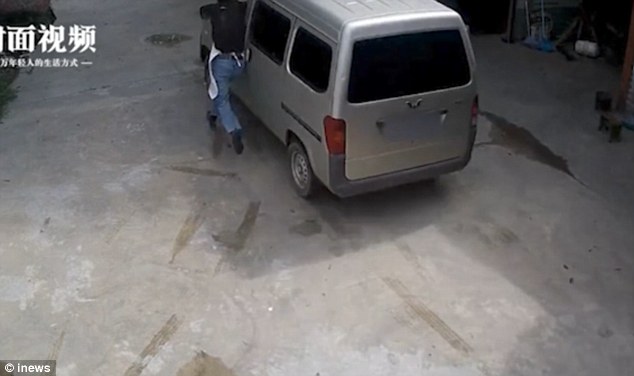 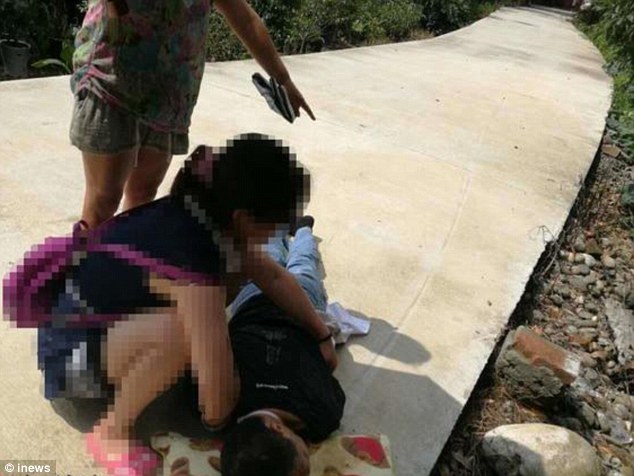 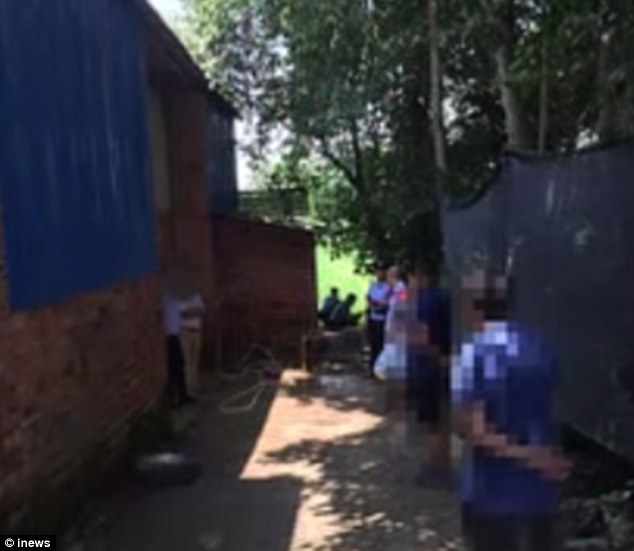 The stolen dogs were often sold to buyers who run a dog meat restaurant in China, according to a report by PETA Asia.

‘The profit of raising dog farms is very small. To most dog restaurant owners, stealing pet dogs or stray dogs allow them to increase the profit margins,’ stated in the report.

Dog thieves will face mild punishment due to the cheap price dealt in the illegal dog trades.

The report also stated that as much as 73 per cent of pet dogs were stolen in villages months before the notorious dog meat festival that held annually in Autumn.

‘I plead guilty. I’d never thought of injuring anyone. I am willing to compensate as much as I can, I can sell my house to repay the debt. I am truly sorry,’ Xu told Mr Xie’s family in the court.

Xie Wen said he would not settle with compensation.

‘Dog stealing happened too often in this country. They need to face their punishment,’ Xie said.