Pet owners show how their dogs have grown

Like humans, puppies can seem like the cutest things on earth when they take their first wobbly steps.

However, as this comedic collection of dog related snaps show, they don’t stay that size for very long.

Owners have been taking to Twitter to show the dramatic differences in their pet pooches when adulthood transforms them – often in just a few months.

@Munoz0702, who is based in the US, began the thread after he posted a tweet saying: ‘Messaging that lady on Craigslist was the best decision of my life. Happy 1st birthday to my girl!’

He then proceeded to show just how much his pet had changed in a year, leaving him holding with just one hand to barely being able to carry him with two.

A selfie was so much easier when you were small! Twitter user @Munoz0702 showed off this snap of his pet pooch when she was a puppy 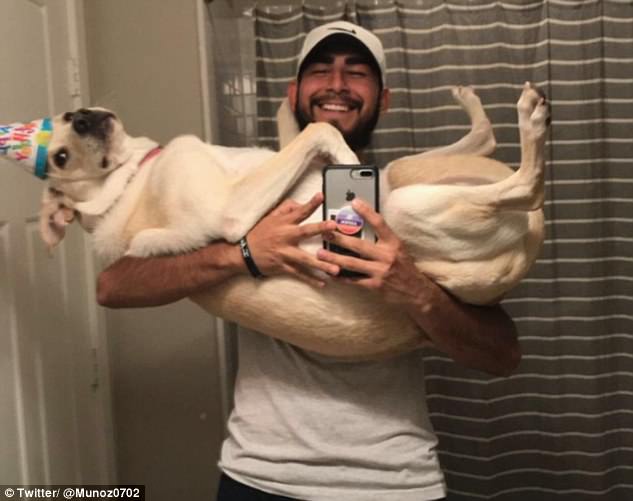 And one year one, this girl is no longer so easy to carry…@Munoz0702 has seen his then and now snaps of his golden retriever go viral 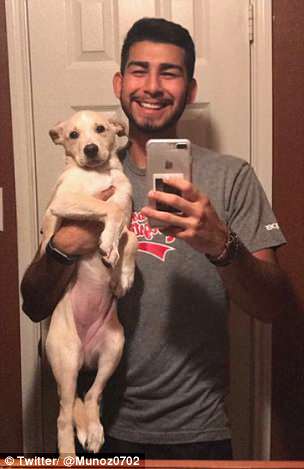 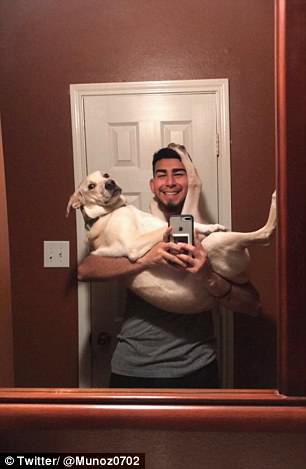 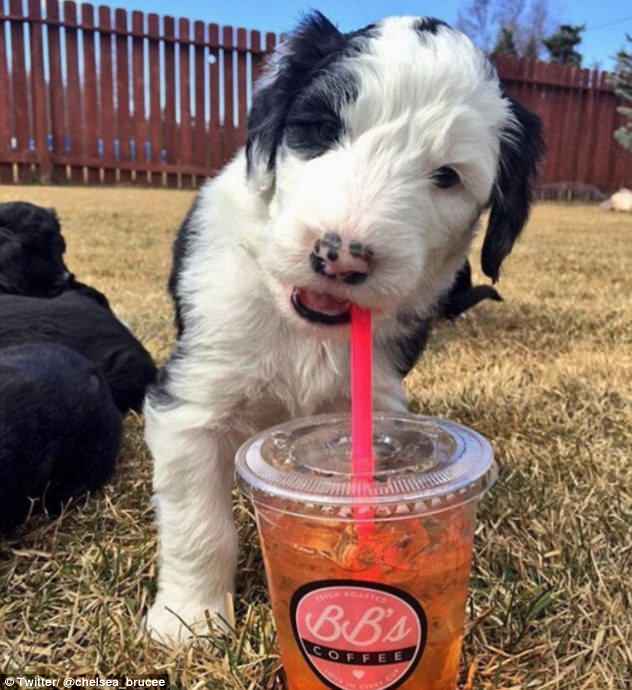 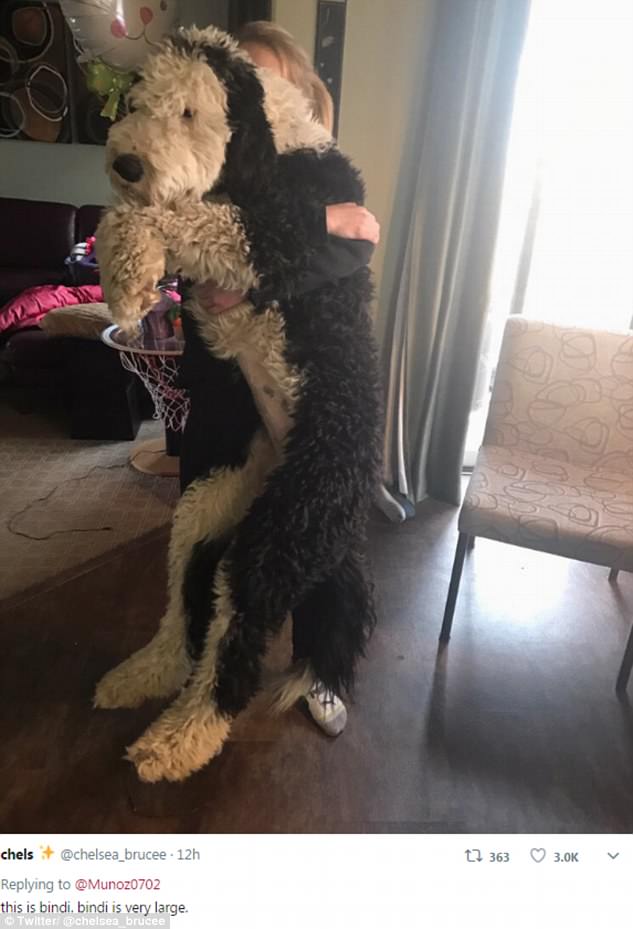 …but Bindi didn’t stay small for long; the dog now almost rivals the owner for height 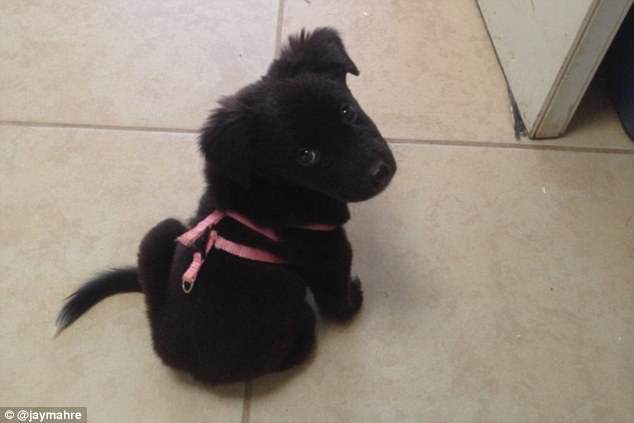 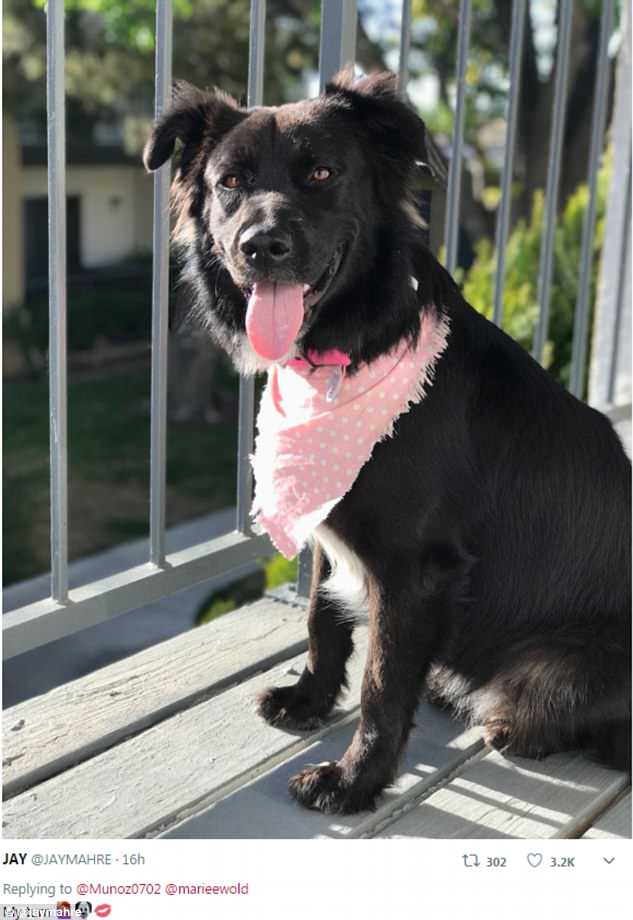 And while the beloved pet is still wearing pink, she’s all grown up now 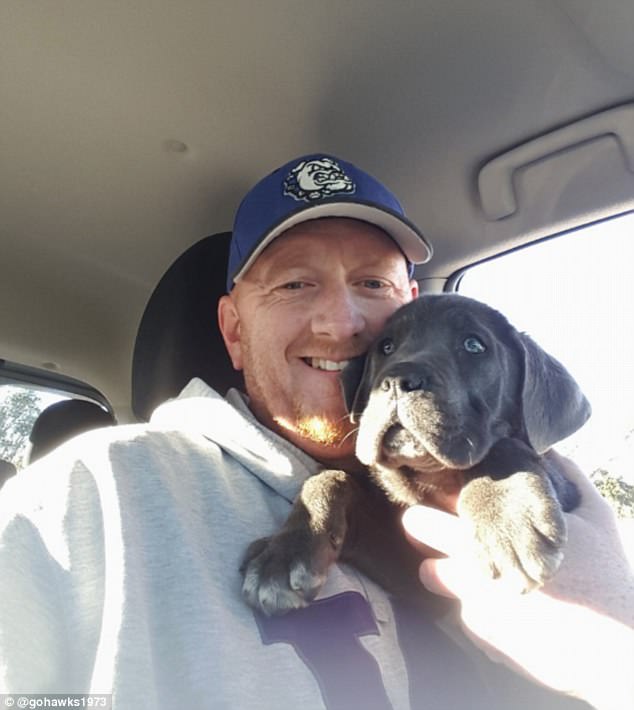 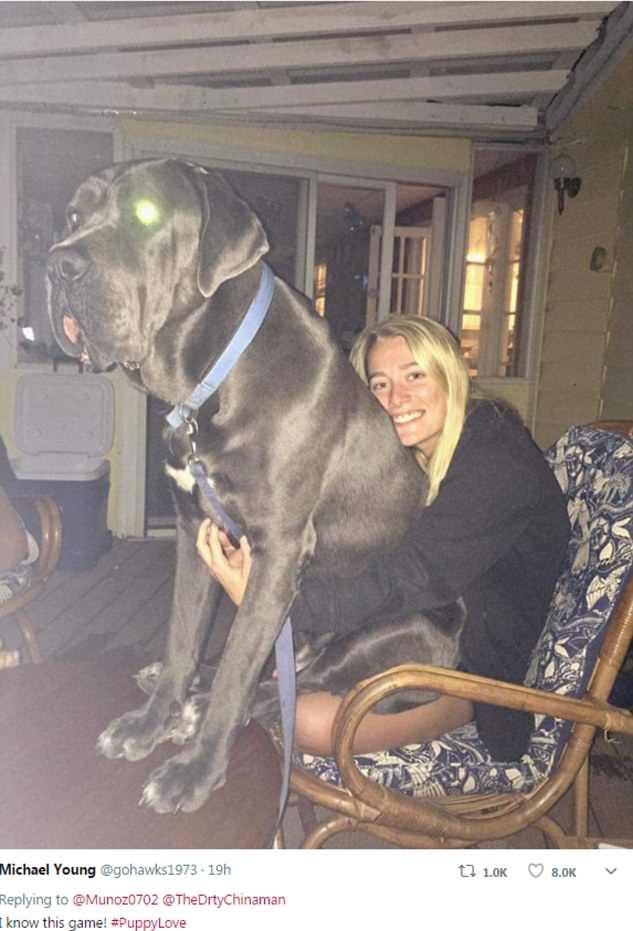 Wow! The grey-haired beauty grew to a gigantic size – as shown by this extraordinary picture 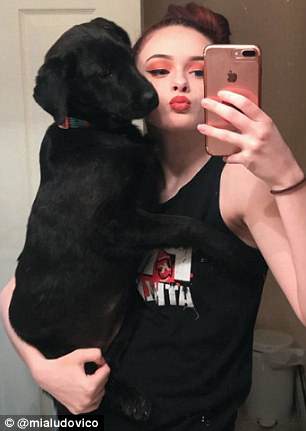 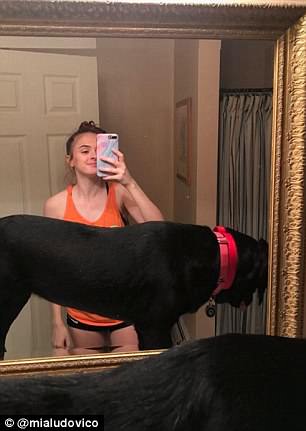 From small fry…to too big to fit in one camera shot: Twitter user @mialudovico said she can no longer lift her pooch, saying: ‘I tried doing this with my dog but she’s heavy and I have noodle arms’ 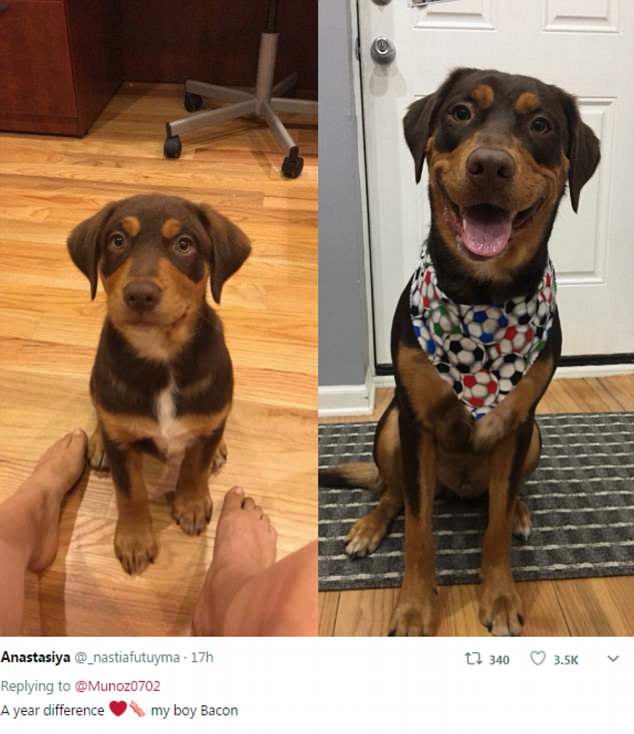 What a difference a year makes! This cute canine, known as Bacon, grew dramatically within just 12 months 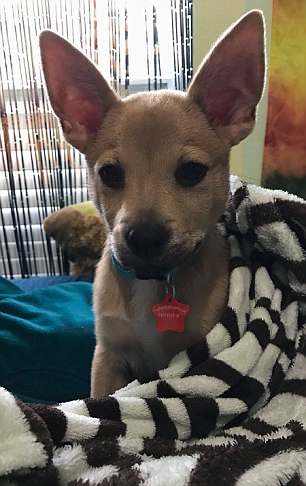 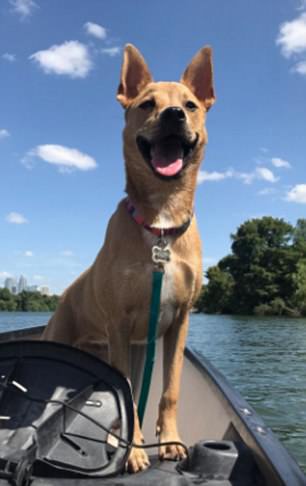 This adorable pooch nearly doubled in size, as shown in these before and after shots 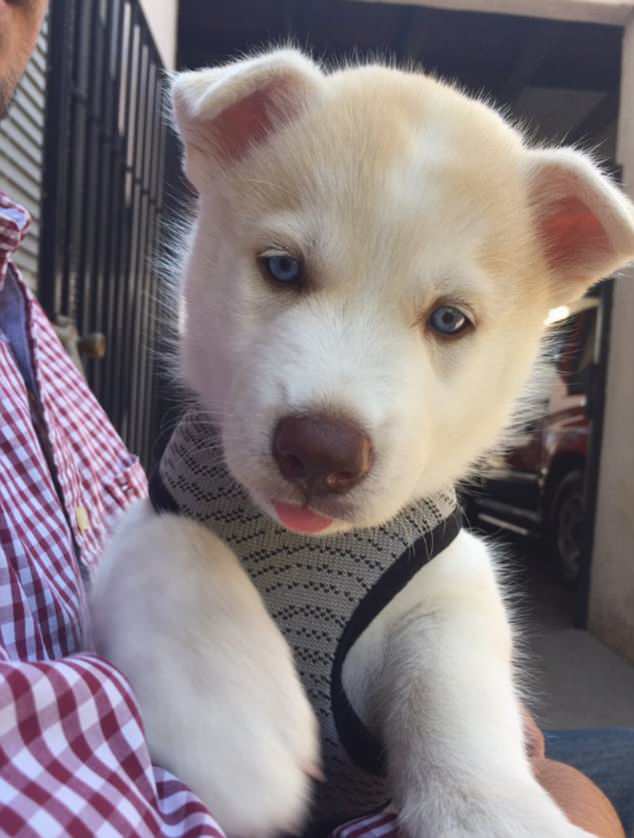 Another dog owner showed off this cute puppy bought off Craigslist… 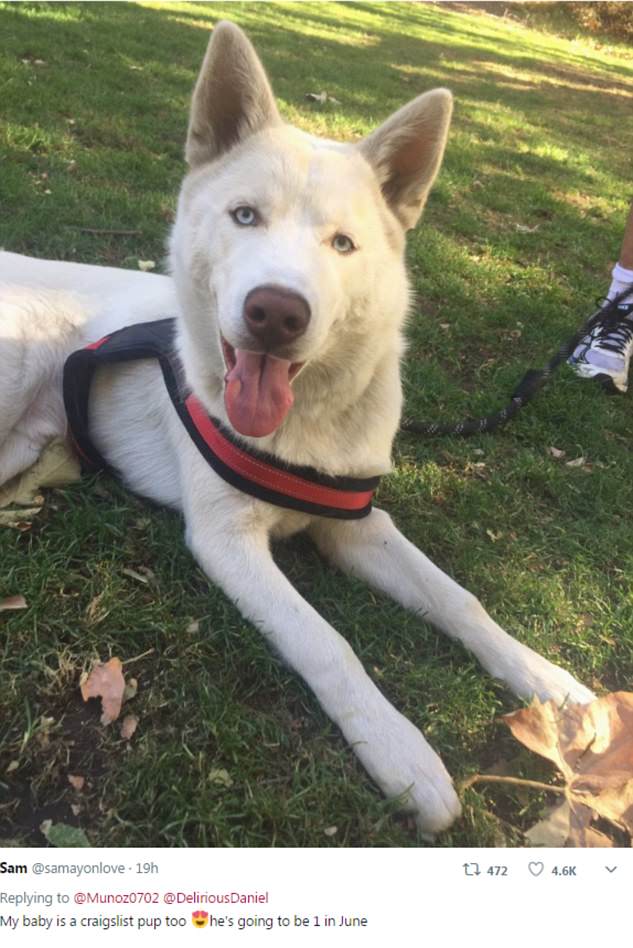 That same pup has now grown dramatically in less than 12 months, as this picture reveals 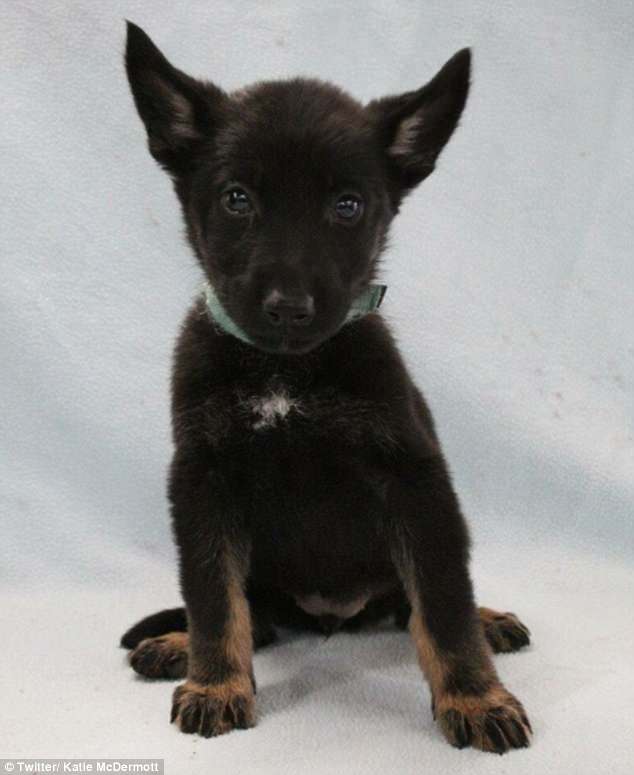 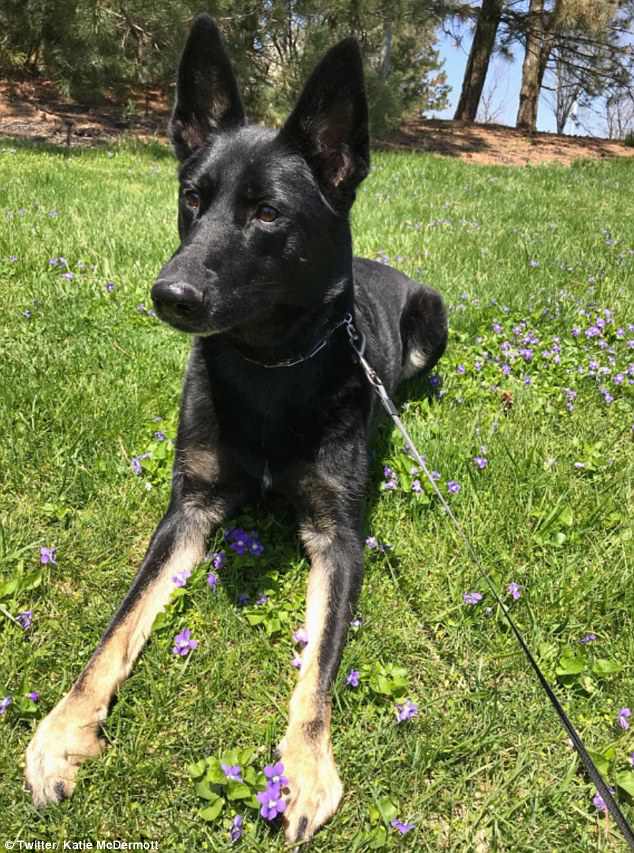 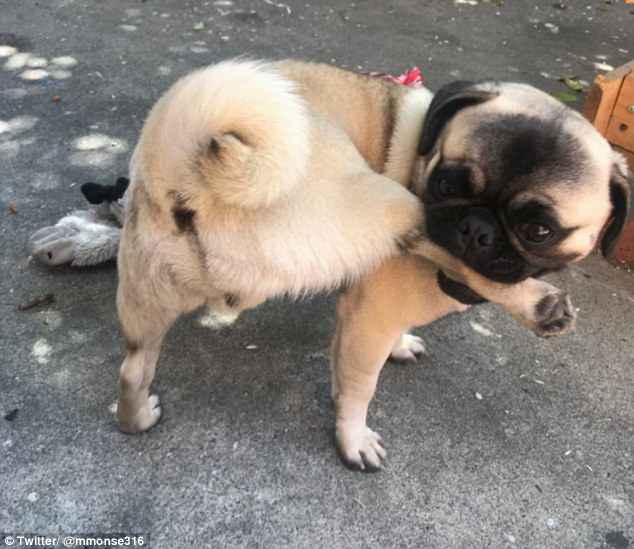 This cute pug, named Nugget, has also had a noticeable transformation in just one year 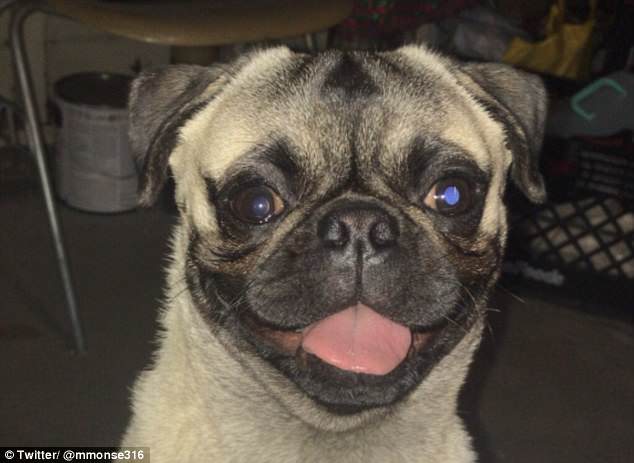 This is how the cute pooch looks now,  as he celebrate his first birthday with his owner