Pet sale scams soared in 2021: Here’s how to check an online advert is legitimate

Furry friend fraud: Online scams selling pets that don’t exist spiked in 2021 – here’s how to check an advert is genuine and avoid becoming a victim

Those wanting to buy a dog or cat online are urged to be on the lookout for scammers, after a spike in pet purchase fraud.

The number of scams involving the sale of pets rose by 39 per cent between 2020 and 2021, according to data from Nationwide.

During the last six months of 2021, the average amount lost to reported scams involving pets was around £1,400.

It comes at a time when pet ownership has rocketed due to lockdown and changing work habits.

Two thirds of all pet scams involved dogs, according to Nationwide’s research

During the first 12 months of the pandemic alone, a total of 3.2 million households in the UK purchased a pet, according to the Pet Food Manufacturers’ Association.

Nearly three in ten Britons admitted they had been the victim of a pet scam, or knew someone who had.

Dogs were most commonly used in these types of scams, with people often willing to spend a significant amount of money to secure the breed they want.

Two thirds of pet scams involved dogs, according to Nationwide, while nearly a quarter involved cats.

Some fraudsters targeted other animals, with fish, rabbits, birds and even horses also having been the focus of scams. 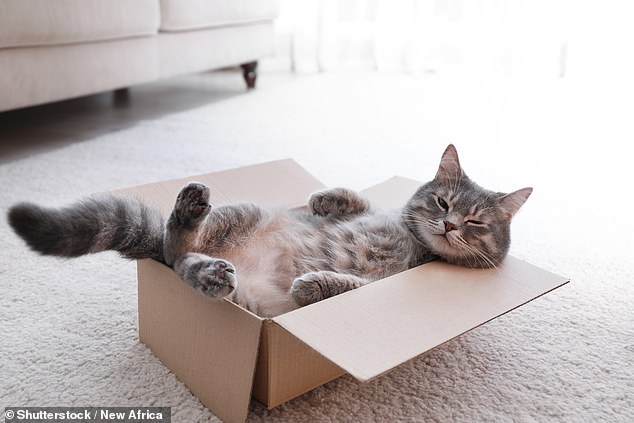 Nearly a quarter of all pet scams involved cats, according to Nationwide’s research

How do the scams work?

These criminals typically operate via social media platforms, such as Facebook and Instagram, but they also appear on buying and selling websites such as Gumtree.

They use fake photos or videos pf the pet to lure people into handing over their money in advance of any collection.

The fraudsters may also try to get the victim to cover other unforeseen costs such as insurance or vaccinations after they have made the initial payment.

The scammers rely on pet buyers being blinded by their excitement and emotions, and not taking enough precautions prior to purchase.

Ed Fisher, head of fraud policy at Nationwide Building Society, said: ‘Criminals are constantly looking for new opportunities to scam people out of their money.

‘Over the last couple of years we’ve seen these types of scams grow, although while the stories change, the underlying scam follows a similar pattern.’

How many people are in danger of being duped?

The good news is that most Britons would opt to buy from a reputable breeder or organisation, according to Nationwide’s analysis.

Close to six in ten Britons would purchase a pet via the website of an animal organisation, such as the RSPCA or Battersea Dogs & Cats Home, while 45 per cent say they would buy through a reputable breeder.

However, worryingly more than one in ten would use a social media site, such as Facebook, to look for a pet, and one in ten would look to purchase an animal on a classified site such as Gumtree.

Being asked by a seller for a deposit before meeting the animal would be a major red flag for many, but not all.

Nearly a third of people said they would be willing to pay a deposit before they actually met the animal, rising to more than half of those aged 16 to 24.

It’s important that people go and visit the animal before they part with any money, because just seeing a photo doesn’t necessarily mean the animal is owned by the seller or is for sale

‘We urge people to be cautious when they are looking for a pet and to stick to trusted animal websites or use reputable breeders or outlets,’ Fisher added.

‘It’s important that people go and visit the animal before they part with any money, because just seeing a photo or a listing doesn’t necessarily mean that the animal is owned by the seller or is for sale.

‘And pay attention to how the seller or advert is making you feel. A pet may be a wonderful companion, but if you’re feeling like you need to act quickly to secure the perfect pet that seems almost too good to be true, then make sure you check it thoroughly first.’

Tips to avoid falling for a pet scam 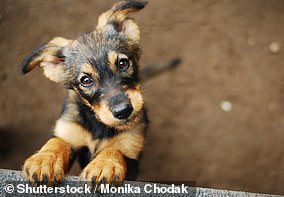 1. Do your research, especially if using a new website or buying from an unknown seller.

2. If it seems too good to be true, it probably is. Don’t be rushed into making any decisions. If unsure, walk away or contact Nationwide’s Scam Checker Service to discuss before paying.

3. Never pay for an animal, or even pay a deposit, until you’ve seen it in person (or at least via a video call).

4. If you are purchasing a young animal, make sure you ask to see it with its mother and litter.

5. Try and pay with a credit card or an online system, such as PayPal, to provide more protection in case it is a scam.