The People for the Ethical Treatment of Animals wants to replace Groundhog Day’s Punxsutawney Phil with a robotic dog.

PETA has written to the local club in charge of the annual tradition in Punxsutawney, Pennsylvania, urging Phil’s retirement with an electronic canine that’s powered by artificial intelligence.

The animal rights group says Phil, when ‘dragged out of his hole’ to predict the end of winter, experiences ‘great stress’ in front of the cameras and crowds.

Handler AJ Dereume holds Punxsutawney Phil after he did not see his shadow predicting an early spring during the 133rd annual Groundhog Day festivities on February 2, 2019 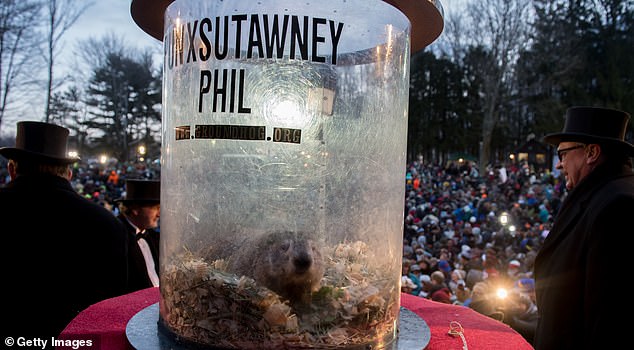 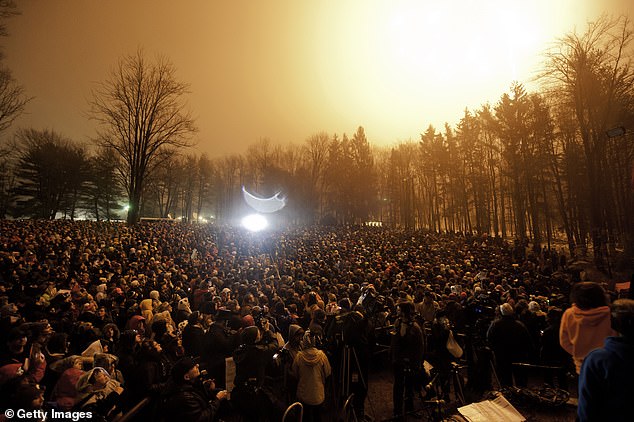 The People for the Ethical Treatment of Animals wants to retire Phil, saying the critter experiences ‘great stress’ when it is removed from its burrow to predict the end of winter, in front of the cameras and crowds that come to celebrate the annual tradition

‘He has no idea what’s happening,’ PETA President Ingrid Newkirk claims in the letter sent to the Punxsutawney Groundhog Club Inner Circle on Tuesday.

Newkirk notes that today’s technology can come up with a robot groundhog that could ‘actually predict the weather’. And she makes the immediate recommendation that the club replace Phil with Sony’s ‘aibo,’ an electronic dog powered by AI.

The electronic canine, whose name translates to ‘companion’ in Japanese, and which is also an abbreviation for ‘artificial intelligence bot’ interacts with humans and has the ability to learn.

It was unclear whether the robot is smart enough to predict how long winter will last, a skill Phil is traditionally celebrated for every year on February 2nd.

The Groundhog Day celebration, which is broadcast around the globe, starts when observers look to see if Phil turns to gaze at his shadow after he is removed from his hole.

Dutch settlers believed that if a groundhog, or woodchuck, coming out of its burrow sees it shadow, it will race back to escape the cold, signalling winter will likely last six more weeks.

The club’s executive director Katie Donald deferred to a published interview with one of the group’s officers when DailyMail.com reached out.

Bill Deely, the club’s president, told The Punxsutawney Spirit that he he had not seen PETA’s letter, but he welcomed the group to come and see that ‘Phil lives better than the average child in Western Pennsylvania’.

Phil, while famous for decades because of the tradition, got a boost in popularity thanks to the classic Bill Murray film, ‘Groundhog Day’, from 1993. 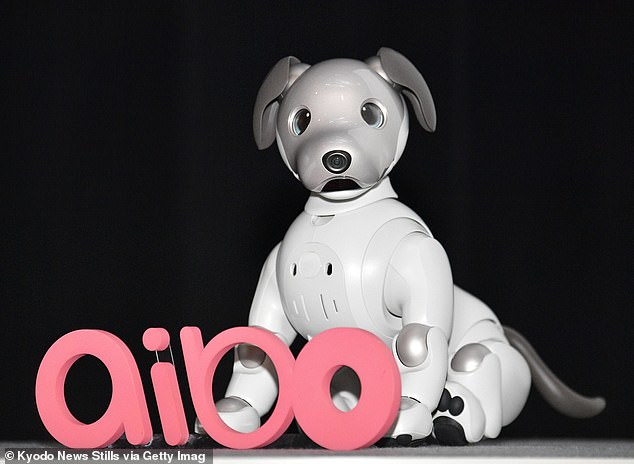 Meet Sony’s ‘aibo,’ whose name translates to ‘companion’ in Japanese, and which is also an abbreviation for ‘artificial intelligence bot’. Aibo interacts with humans and has the ability to learn. 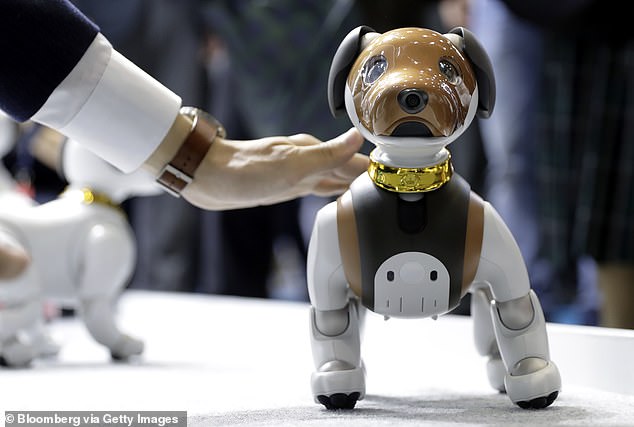 The tongue-and-cheek club that presides over the celebration claims Phil is ‘the only true weather forecasting groundhog’, and that he’s ‘100 per cent’ accurate.

The actual animal used for the annual celebration lives in a ‘man-made zoo that is climate controlled and light regulated,’ the club says on its website, and that he’s never in full hibernation.

‘In Phil’s burrow,’ the group writes on the site, ‘the lights are consistent year-round and so is the temperature.

‘He is fed and cared for every day, so he does not have to search for food. In the winter months, he does slow down, eats less, and sleeps more, but he doesn’t hibernate.’

PETA argues that ‘using electromechanical devices such as animatronics instead of live animals is more popular than ever’. 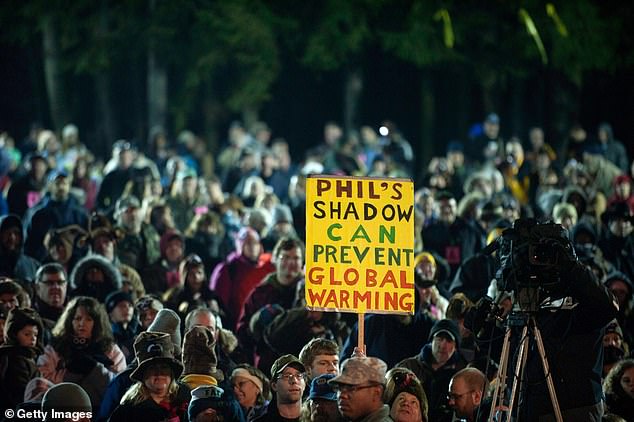 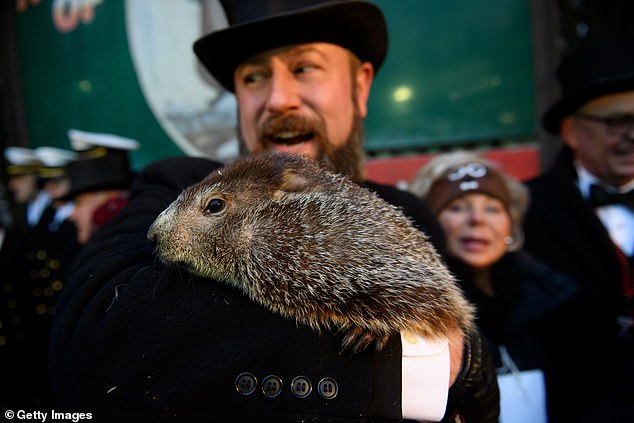 Dutch settlers believed that if a groundhog, or woodchuck, coming out of its burrow sees it shadow, it will race back to escape the cold, signalling winter will likely last six more weeks.

‘An AI Phil would renew interest in Punxsutawney, generating a great deal of buzz,’ the animal rights group says in its letter to the club.

‘By creating an AI Phil, you could keep Punxsutawney at the center of Groundhog Day but in a much more progressive way,’ the letter explains. ‘Talk about taking your town’s annual tradition in a fresh and innovative direction!’

In a jab to the town of less than 6000 near Pittsburgh, PETA says younger generations would even find an AI Phil easier to relate to.

‘Today’s young people are born into a world of terabytes,’ the group writes, ‘and to them, watching a nocturnal rodent being pulled from a fake hole isn’t even worthy of a text message’.

‘This is a generation whose members book rides on their smart phones and will never walk into a bank to deposit a check’, PETA explains. ‘Ignoring the nation’s fast-changing demographics might well prove the end of Groundhog Day’.’