Former South Bend Mayor Pete Buttigieg hailed the results of the New Hampshire primary Tuesday night, but did not call Sen. Bernie Sanders the winner of the race.

‘Here in a state that goes by the motto “Live Free or Die” you made up your own minds,’ Buttigieg told a crowd of around 1,200 supporters at Nashua Community College.

Buttigieg lost to Sanders in the Granite State by a narrow margin and timed his speech before the race was officially called. Both candidates will receive nine delegates. And the two were essentially tied in Iowa, with Buttigieg edging out Sanders on delegates, with the Vermont senator taking the popular vote. 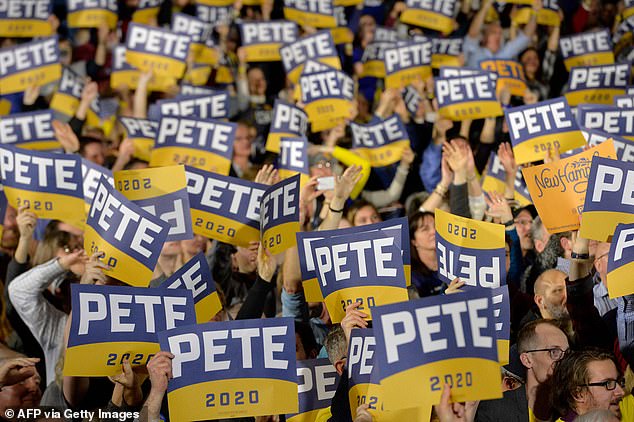 The campaign said about 1,200 of Buttigieg’s supporters were at his primary night event at the Nashua Community College 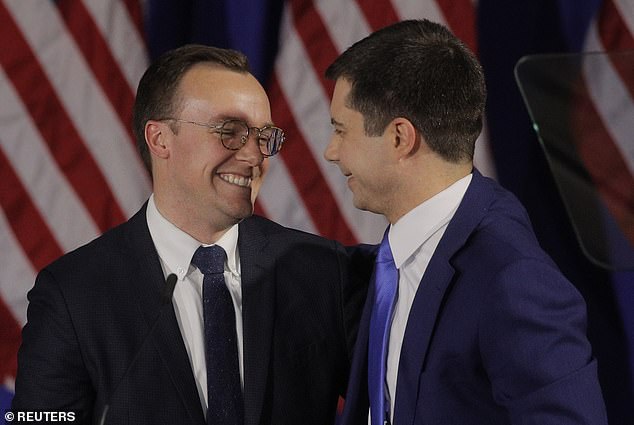 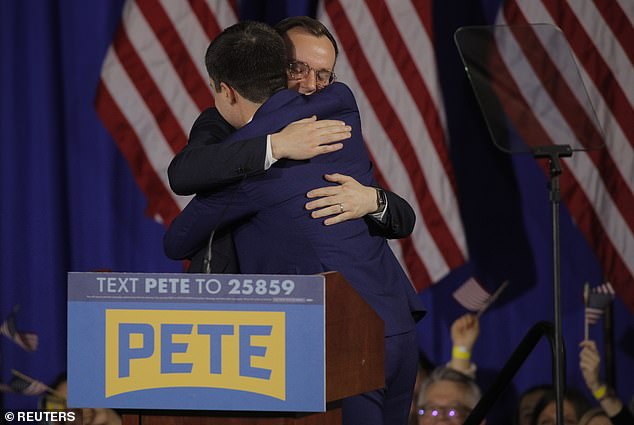 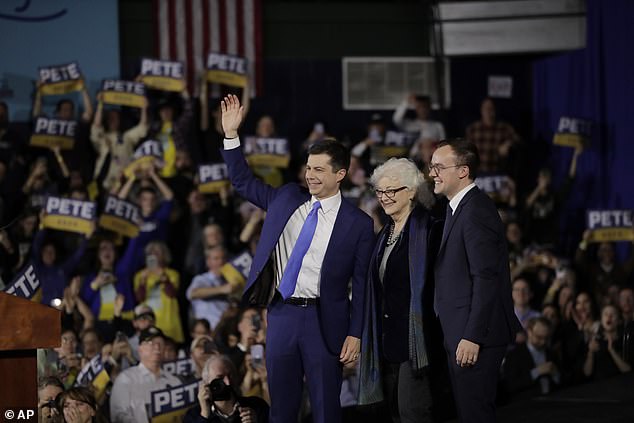 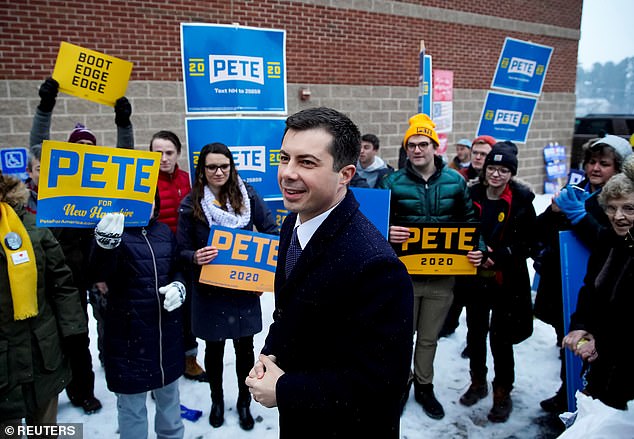 ‘I want to congratulate my competitors and their supporters on their campaigns here in New Hampshire,’ Buttigieg said. ‘I admired Sen. Sanders when I was a high school student, I respect him greatly to this day and I congratulate him on his strong showing tonight.’

Klobuchar bounced up to third place in New Hampshire, bypassing both Warren and Biden, who had come in third and fourth place, respectively, in last week’s Iowa caucuses.

Buttigieg made a slight dig at Klobuchar later in his speech, reminding the audience that she had mocked him for being a ‘cool newcomer.’

‘And I know that when you talk this way you might get dismissed as a naive newcomer,’ Buttigieg said of his rhetoric of possibility, with the audience cheering in understanding. ‘But a fresh outlook is what makes new beginnings possible.’

The 38-year-old mayor put a positive spin on some of the other attacks he fought off this week in New Hampshire, including those from Biden who hammered him on his youth and inexperience.

‘Many of you chose to meet the new era of challenges with a new generation of leaders,’ Buttigeg said. ‘So many of you decided that a middle class mayor and veteran from the industrial midwest was the right choice to take on this president not in spite of that experience, but because of it.’

Buttigieg also elbowed Sanders’ my-way-or-the-highway demeanor noting, ‘Americans want the freedom to make choices for themselves on healthcare or on any other issue.’

‘And we can’t defeat the most divisive president in modern history by tearing down anybody who doesn’t agree with us 100 per cent,’ Buttigieg added.

Buttigieg thanked his volunteers at polling places throughout New Hampshire for cheering ‘Vote Blue No Matter Who’ when they encountered an opposing candidate on primary day.

And as he finished his speech he welcomed his husband Chasten – who he called ‘the love of my life’ – and his mother onstage.

Actor Kevin Costner, who campaigned alongside Buttigieg Monday, was also spotted at the venue.

Buttigieg and the other Democratic hopefuls will next compete in the Nevada caucuses, which take place a week from Saturday. A week after that, voters in South Carolina will head to the polls for that state’s primary.  And three days later, ‘Super Tuesday’ happens, where voters from 14 states will choose their candidates.