Democratic presidential candidate Pete Buttigieg is vowing to make use of ‘every moment’ during the impeachment of President Donald Trump – a historic event that could hand him an edge by sidelining rivals in Washington.

The South Bend, Indiana mayor brought up impeachment during his stump speech at an event in Newton, Iowa – signaling skepticism of the result when he said it may be up to voters – rather than jurors – to remove Trump from office.

‘I’ll leave it to the analysts to figure out the political impacts, he said, when asked about how the trial which begins next week would keep three Democratic senators running against him tied down in Washington.

South Bend Mayor Pete Buttigieg spoke to Iowa voters in Newton about impeachment, saying: ”The senate will do what the Senate will do, but there’s a pretty good indication it’s going to be up to us’

‘We’re going to use every moment available to us to continue making the case and to continue listening to voters. As we are here sharing, learning stories, sharing our priorities and building momentum to win,’ Buttigieg told a small group of reporters in a former Maytag factory.

‘A lot of it is what is an acceptable standard for our president and the presidency and what do we expect of our president. I’m here to make the case for us expecting the president to focus on our everyday lives, to put the country first, he said, as members of the national media pinged him with questions minutes after the historic House vote.

Earlier, addressing a few hundred voters, Buttigieg brought up impeachment himself, in remarks that touched on manufacturing, health care, and climate issues. 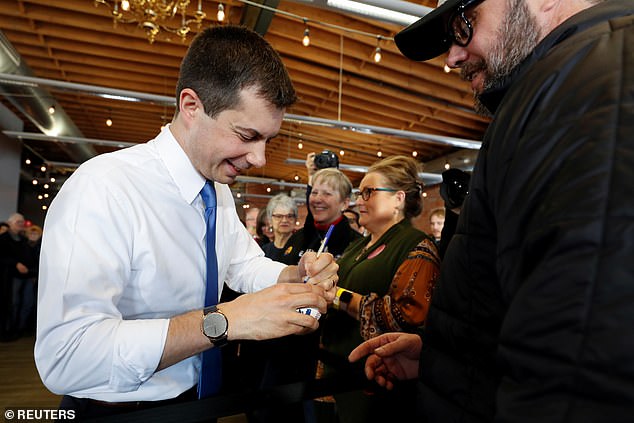 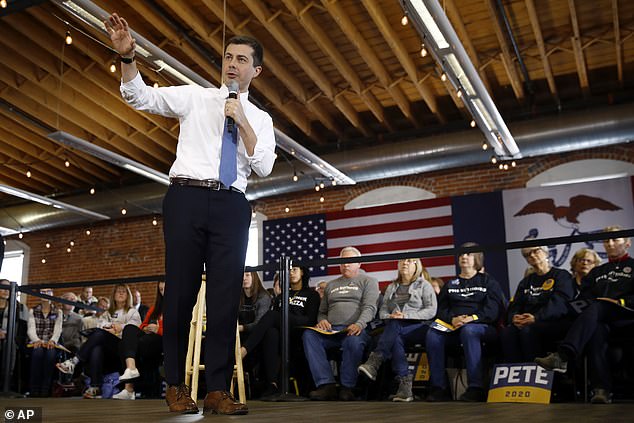 Buttigeig met with voters a day after a Democratic debate, and on a day when the House voted on impeachment managers 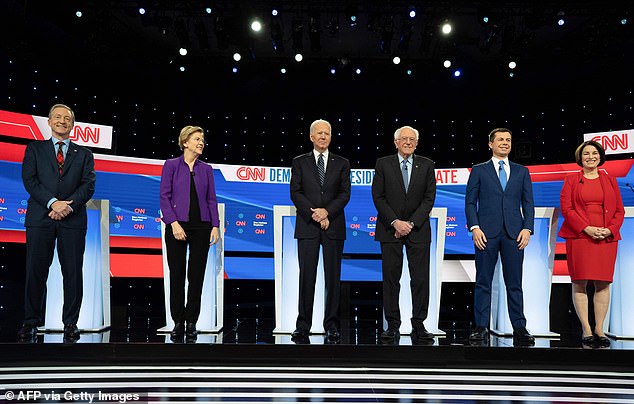 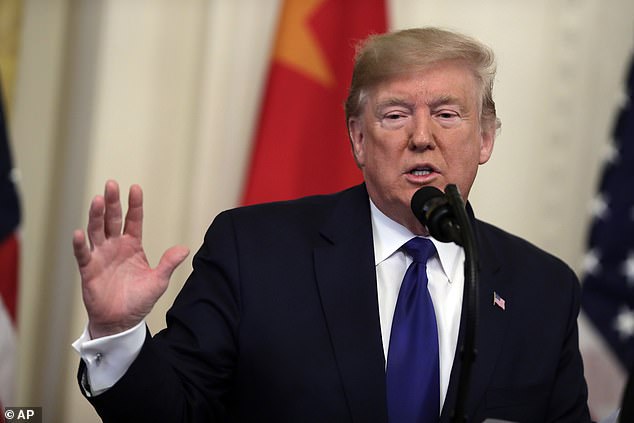 ‘We’re all watching the news, watching what’s going on in Washington, watching this impeachment process,’ Buttigieg said, wearing his uniform of a white shirt with the sleeves rolled up.

‘The Senate GOP is sending this message that we ought to figure it’s a foregone conclusion. They’re already signaling they’re going to say “It’s okay to lie. It’s okay to cheat. It’s okay even to invoke foreign interference in our elections,”‘ he said.

‘It can be exhausting to watch that. It can take our energy. And now’s our chance to refuse to let that happen. They win if we give up, but we win if we act up,’ he said.

He wasn’t predicting victory – at least for a trial that could last weeks, with no certainty yet whether it will include witnesses or document production.

‘The senate will do what the Senate will do, but there’s a pretty good indication it’s going to be up to us,’ he told supporters.