Presidential hopeful Pete Buttigieg has broken his silence on the shocking discovery of over 2,000 fetal remains found in the home of a South Bend abortion doctor who worked in the Mayor’s Indiana hometown for years.

On Friday authorities revealed they found 2,246 fetal remains in the home of Dr. Ulrich Klopfer in Will County, Illinois, 10 days after his death on September 3.

It was estimated that he had performed tens of thousands of abortion procedures in multiple Indiana counties, including Mayor Buttigieg’s city South Bend, for decades, making him ‘likely’ to be the state’s ‘most prolific abortion doctor in history,’ according to the South Bend Tribune.

‘Like everyone, I find the news out of Illinois extremely disturbing, and I think it’s important that it be fully investigated,’ Buttgieg said to reporters Wednesday.

Pete Buttigieg broke his silence on Wednesday on the shocking discovery of over 2,000 fetal remains in the home of a former South Bend abortion doctor announced on Friday

‘I also hope it doesn’t get caught up in politics at a time when women need access to healthcare. There’s no question that what happened is disturbing. It’s unacceptable. And it needs to be looked into fully,’ the 37-year-old Democrat added.

Following Friday’s shocking report, many awaited a response from Buttigieg after Dr. Klopfer’s ties to South Bend were revealed.

His license was suspended by Indiana’s health board in 2016 for failure to exercise reasonable patient care and violating multiple notice and documentation requirements. 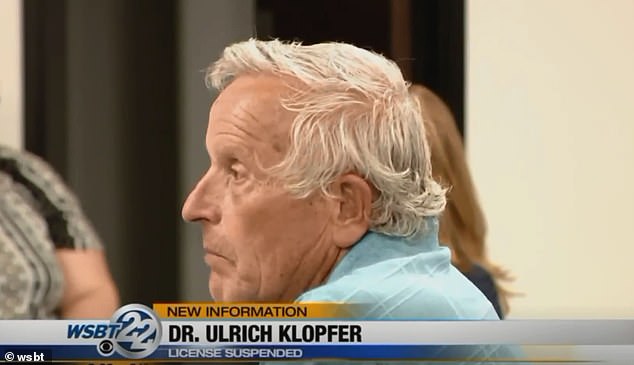 Authorities announced Friday that they discovered 2,246 fetal remains in the home of Dr. Ulrich Klopfer in Will County, Illinois, just 10 days after he passed away on September 3 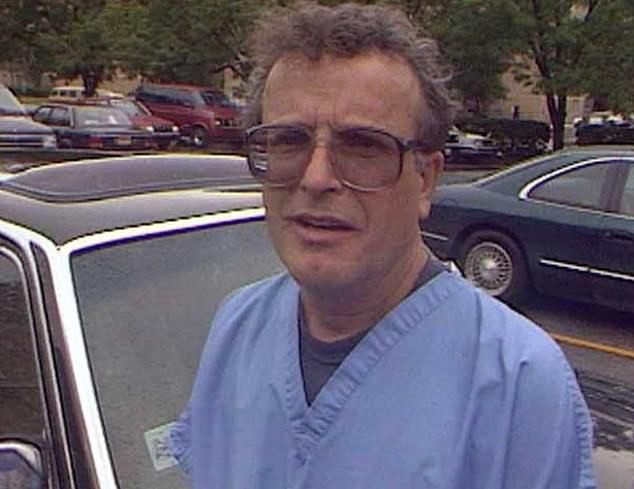 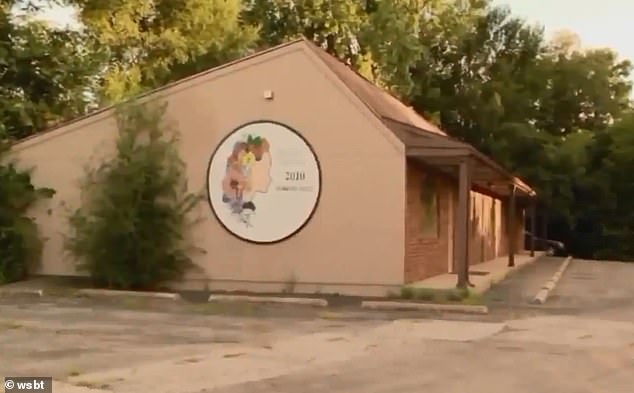 An investigation it found he didn’t give pain medication to all patients and he failed to report abortions on two girls under the age of 14 in the required three-day time period.

His testimony also revealed late in his career he was using the same abortion and sedation procedures from the 1970s and 1980s. He’s believed to have performed tens of thousands of abortions starting in 1973.

Following his death, Klopfer’s family went through his home and found the medically preserved fetuses. There is currently no evidence to suggest abortions were carried out at the property, authorities said. 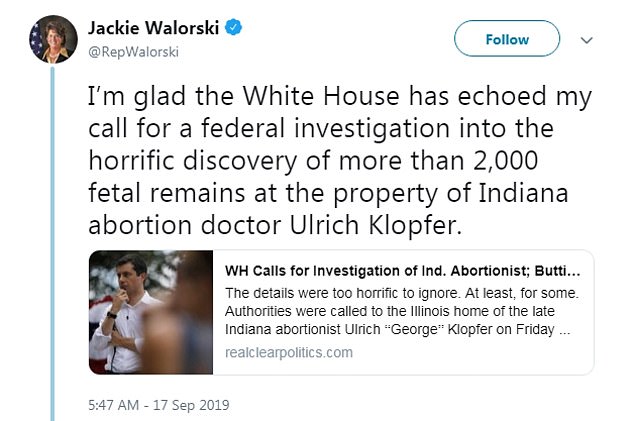 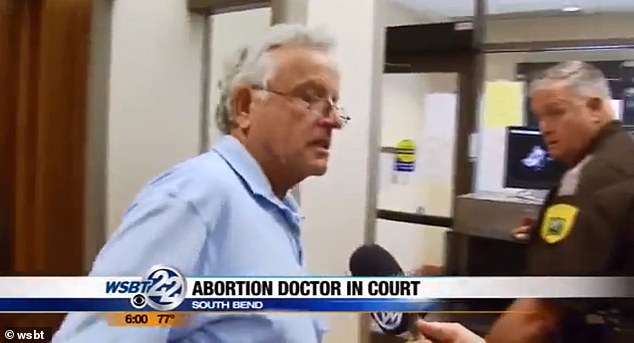 Some politicians across the political aisle were keen to see Buttigieg’s response to the discovery of the fetal remains.

‘Buttigieg invokes the Bible to justify abortion up until a baby takes a breath. Will he use it to condemn the evil acts of an abortionist who operated unlicensed out of his home town?’ Republican National Committee spokeswoman Liz Harrington said to the Washington Examiner.

Republican Indiana Rep. Jim Banks, whose district oversees Fort Wayne, said he wants Buttigieg to explain ‘why he chose to oppose alternative pregnancy care options for women just after we learned some of Dr. Klopfer’s violations’ to the outlet.

He tweeted: ‘Now that this has come to light, Mayor Pete Buttigieg should apologize for his actions and his flagrant disregard for the state of Indiana’s skepticism towards Whole Women’s Health.’

His statement refers to how Buttigieg vetoed a zoning change that would have allowed a pro-life pregnancy center to operate next to abortion clinic Whole Woman’s Health in 2018.

Banks says Buttigieg was proud of his support of Whole Women’s Health, despite criticism that the center employed doctors with ‘the same kind of profile as Dr. Klopfer’s’.

The White House has also called for an investigation into Klopfer’s collection of fetal remains to ‘determine whether crimes were committed and if anyone else was involved’.