Pete Davidson has responded to public scrutiny about the 20-year age difference between him and new flame Kate Beckinsale.

Appearing on Saturday Night Live’s Weekend Update, the 25-year-old said of 45-year-old Beckinsale: ‘People have a crazy fascination with our age difference – it doesn’t really bother us.

Davidson’s remarks came one week after he and Beckinsale put on a passionate public display of affection at a New York Rangers hockey game.

Pete Davidson responded to public scrutiny about the 20-year age difference between him and new flame Kate Beckinsale during Weekend Update on the latest episode of Saturday Night Live. The 25-year-old said of 45-year-old Beckinsale: ‘People have a crazy fascination with our age difference – it doesn’t really bother us’ 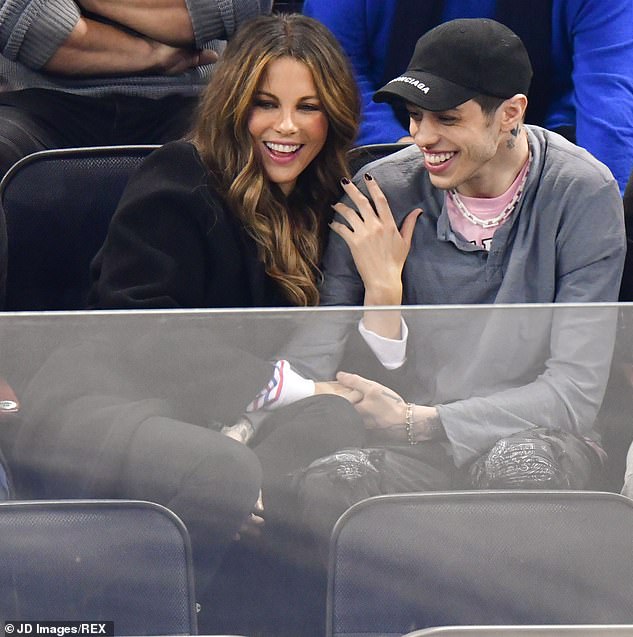 Their romance has dominated the headlines as many question why the actress would go for someone so much younger than her.

Beckinsale has responded to scrutiny by replying to trolls on social media.

She was previously married to Underworld director Len Wiseman for more than a decade before filing for divorce in 2016, citing irreconcilable differences.

She shares an 18-year-old daughter with Michael Sheen, whom she was in a serious relationship with from 1995 to 2003.

Davidson shot into the spotlight through his whirlwind relationship with Ariana Grande last summer when the couple became engaged just weeks after making their relationship public, only to call it quits in October. 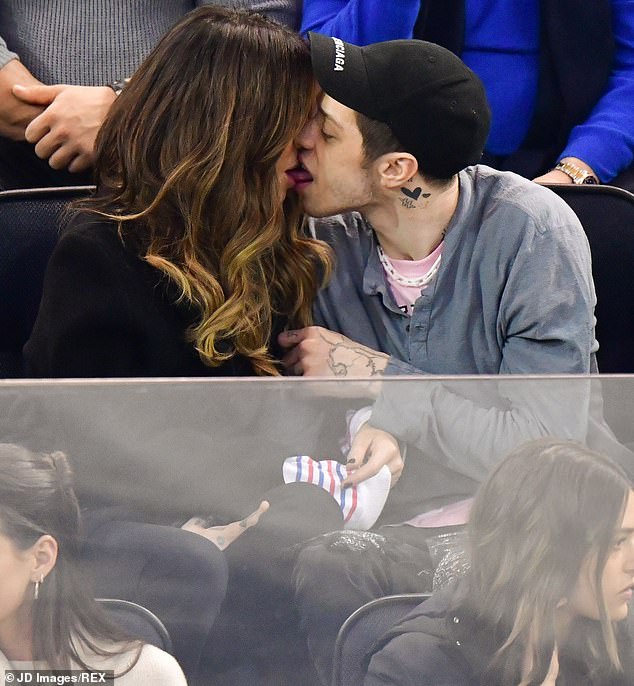 During Weekend Update Davidson also made several edgy jokes about the sexual abuse allegations against R Kelly, including one that compared listening to their music to attending services at the Catholic Church.

‘Before I continue, this guy is a monster. And he should go to jail forever,’ he said of Kelly. ‘But if you support the catholic church, isn’t that like the same thing as being an R Kelly fan? Seriously, I don’t really see the difference, only one’s music is significantly better.

He continued: ‘No, no, just the other day my mom was like: “I’m going to mass.” And I was like: “Okay, I’m going to go listen to The Ignition Remix.”‘

‘Look, I’m not saying it’s an easy decision. I’m not. I’m just saying you don’t know how good someone’s music really is until you find out they’re a pedophile.

‘The reason everybody is so upset is R Kelly and Michael Jackson made great music, you know. But if I found out John Mayer if I found out Macklemore did some weird stuff, I’d be happy to free up some space on my iPhone.’

Davidson ends by saying: ‘Pretending these people never existed is maybe not the solution. The rule should be that you can appreciate their work but only if you admit what they did.

‘So here’s my plan and hopefully you guys like it: Every time any of us listen to a song or watch a movie made by an accused sexual predator, you have to give a dollar to charity that helps sexual assault survivors. I’ve already donated $142. That’s just from The Ignition Remix.’ 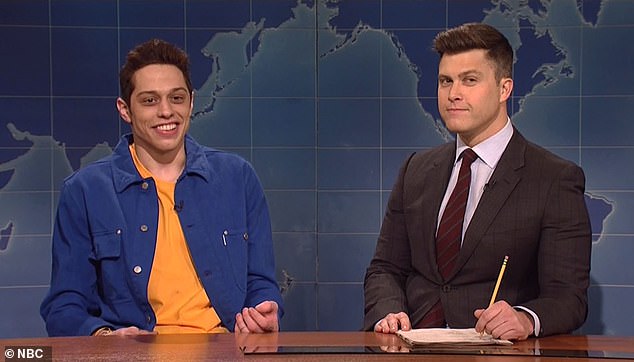 Davidson also made several edgy jokes about the sex abuse allegations against R Kelly, including one that compared listening to his music to attending the Catholic Church