Pete Davidson is claiming to have been ignored by his inner circle, including colleagues at Saturday Night Live, and now believes they don’t care if he lives or dies, it has been reported.

According to sources cited by TMZ, Davidson, 25, is in a ‘dark place’ after posting a worrying note on Instagram on Saturday where he said he ‘did not want to be on this earth.’

The cry for help prompted a fever of concern from fans and the comedian’s famous friends and exes including his former fiancee, Ariana Grande, who rushed to his 30 Rock office to check on him after he posted it. 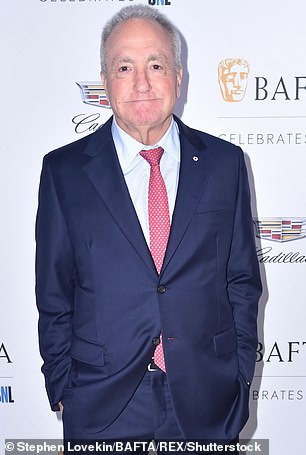 Pete Davidson (left on Saturday after his worrying Instagram post) believes his inner circle, including his Saturday Night Live colleagues, ‘don’t care if he lives or dies’, according to sources. Davidson is shown left on the show on Saturday after failing to show up for rehearsal and behaving erratically. Lorne Michaels, the show’s executive producer, is reportedly trying to arrange treatment for him but has pulled his sketches

The sources say that despite the fact SNL executives including Lorne Michaels are now trying to arrange care for Davidson, he felt they ignored his pain when he sought their help.

The comedian, who has been open in the past about his depression struggles, ‘reached out’ then ‘lashed out’.

Representatives for SNL did not immediately respond to DailyMail.com’s inquiries on Wednesday morning.

A source previously told Page Six that producers were determined to get Davidson help after he missed rehearsal for the show on Saturday then behaved erratically after introducing Miley Cyrus to the stage.

‘The decision was taken to give Pete a break on Saturday night – his sketches were dropped before the early evening rehearsals.

‘Lorne has pledged to help all he can, including sending Pete to get help.

‘Everyone on the cast is hugely protective of him and were obviously upset – particularly Colin Jost and Michael Che on Weekend Update,’ they said.

It is unclear from the report if his ex-fiancee, Ariana Grande, is one of the people Davidson feels has not been there for him. 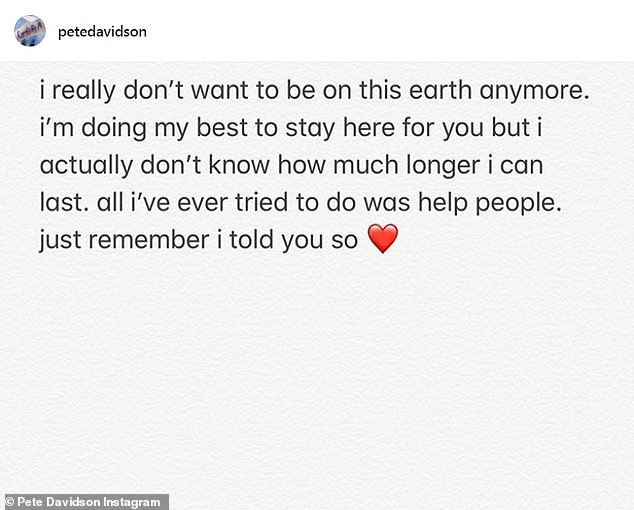 Worrying: On Saturday, Davidson penned this harrowing message in a since-deleted post on Instagram which terrified his friends, family and fans

Grande rushed to her ex’s New York City office last week after seeing the post on Instagram but he refused to see her.

The pair broke up acrimoniously earlier this year but have since both publicly tried to make amends.

Davidson has spoken openly in the past about his struggles with depression.

Davidson alerted security ‘to hold his ex-fiancee at bay’ when he learned the pop she was on her way, according to TMZ.

Helpless, Grande took to Twitter to let him and her millions of followers know she was there.

‘I’m downstairs and I’m not going anywhere if you need anyone or anything.

‘I know u have everyone u need and that’s not me, but i’m here too. I really didn’t mean any harm. all i want everyone to be healthy and happy. so desperately. please. my god,’ she tweeted.

She and Davidson broke up a month after her ex-boyfriend before him, Mac Miller, died from a drug overdose. 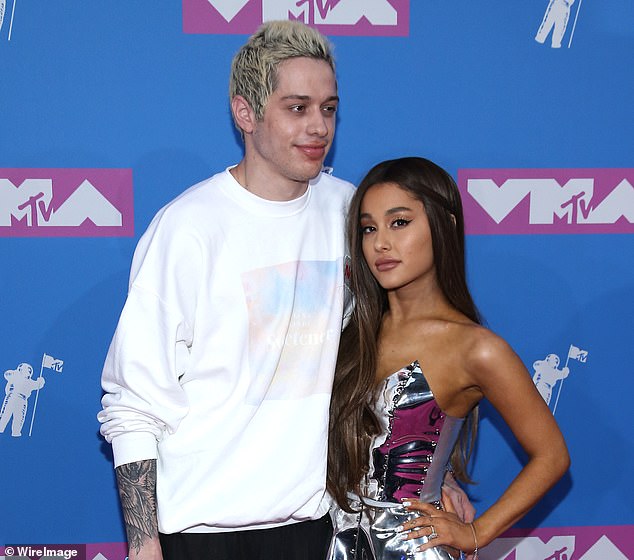 Davidson posted the worrying cry for help on Saturday then deleted his entire account.

It read: ”I really don’t want to be on this earth anymore. I’m doing my best to stay here for you but I actually don’t know how much longer I can last.

Davidson’s friend, rapper Machine Gun Kelly, rushed to be by his side when he saw the post. He later said he was going through a ‘weird time’

‘All I’ve ever tried to do was help people. Just remember I told you so.’ He concluded with a heart emoji.

The NYPD sent an officer to SNL’s studios in Manhattan to ensure the star was present and not in distress.

Separately, an NBC staffer called the NYPD to confirm that Davidson was in fact in the building and ‘fine.’

Davidson made a brief appearance in the live taping of SNL to introduce musical guest Miley Cyrus that night but has not been seen since.

He had missed rehearsal then sat in his dressing room in pajamas, behaving erratically and asking crew members for hugs, according to sources.

Since October, he and Grande have broken up and he has faced a huge public onslaught of criticism for making fun of war hero congressman Dan Crenshaw for his eye patch.

Crenshaw forgave him afterwards and was among those who called the star to check on him after seeing his Instagram post.

Davidson has a history of mental health problems that he has been very open about.

The actor told Teen Vogue in August, ‘I’ve been in and out of mental health facilities since I was nine,’ adding he had made a suicide attempt in the past.

His father, a New York City firefighter, died during the terrorist attacks on 9/11. 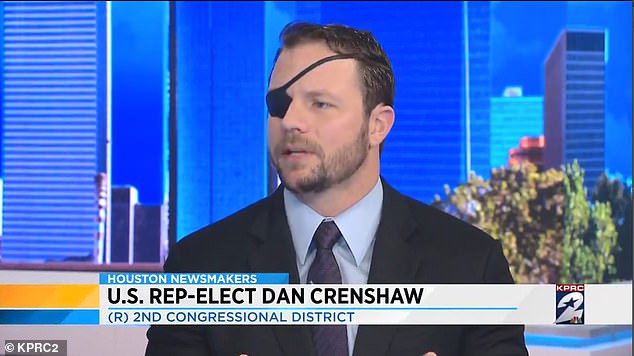 Dan Crenshaw, a war hero congressman who Davidson mocked earlier this year, said he called the 25-year-old to check on him after seeing the post

When he was in high school he was diagnosed with Crohn’s disease and started smoking marijuana to relieve some of his symptoms.

The star went to rehab twice where it was discovered he had bipolar disorder.

‘The last few years have been real rough with me. I took all these mental health classes and really spent a lot of time getting me good,’ he told the magazine.

If you need help, contact Samaritans USA (http://www.samaritansusa.org/) or jo@samaritans.org in the UK