PETE JENSON: Zinedine Zidane’s Real Madrid revolution can be crowned with the title

Zinedine Zidane will win the title with Real Madrid on Thursday night if his team beats Villarreal. It will be only the third the club has won this decade and the first in three years.

When he came back last March he promised: ‘Next season, winning the league will be the priority.’ He is 90 minutes from delivering what the club’s supports still value, for all that the European Cup often seems to shine brighter in the Santiago Bernabeu trophy cabinet.

Madrid have not just failed to win the league in the last two seasons they have not even come close. In 2018 they finished 17 points behind Barcelona. That was with Zidane on the bench and he saved himself from the sack by winning his third straight Champions League only to walk out several weeks later. 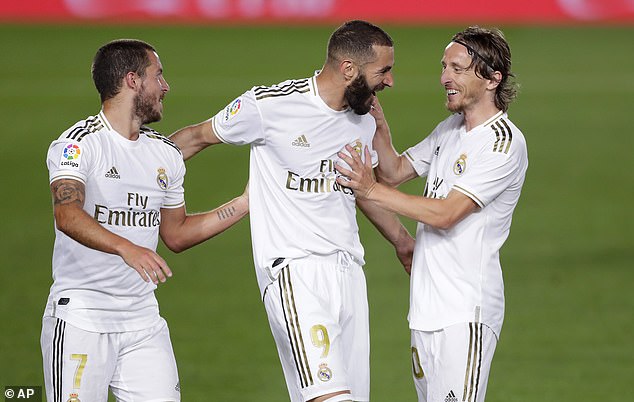 Last season he was also in the dug-out for another disastrous domestic campaign. Madrid came third, 19 points behind Barcelona. He could only take a small portion of the blame because Julen Lopetegui had started the season and Santi Solari had taken over in October. The failures were also down to the sale of Cristiano Ronaldo and the lack of a replacement – reasons why Zidane walked in the first place.

Last Spring he came in with a determination to put things right in the league and mend his reputation as a cup coach. He could smooth the egos of big stars and fashion a winning Champions League campaign but not make Real Madrid the leading force at home.

He had done it before in 2017, with Ronaldo, and he has transformed the team post-Ronaldo, in order to do it again.

His popularity with almost all of the players has helped him. ‘When we came back after lockdown the players were staying behind after training, wanting to do more,’ he says. They have wanted to win it for him as well as for themselves. 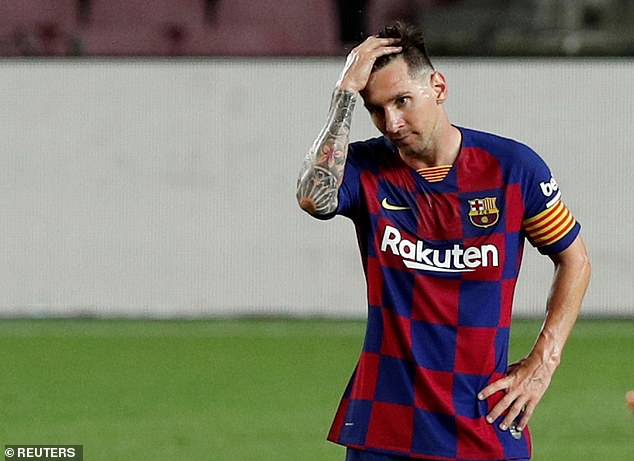 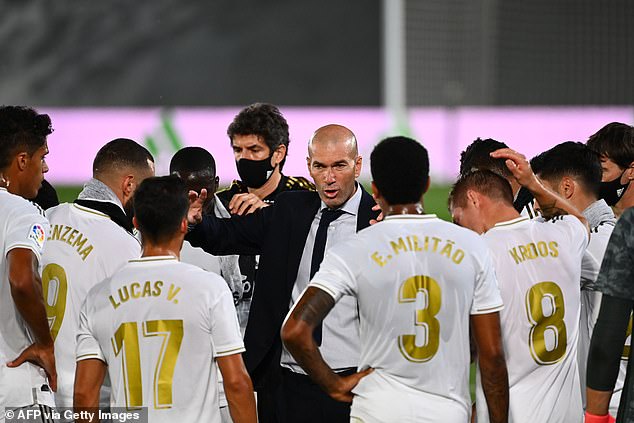 But this is more than Zidane just working his famous charm. He knew that without the 450-goal Ronaldo this time around the team would have to be better defensively.

Real Madrid conceded 46 goals last season. With two games left this season they have let-in just 21. There have been 19 clean sheets and no team has scored more than two against them.

Captain Sergio Ramos’ fury at the goal conceded against Granada in the last game underlines the obsession with being unbreakable at the back. Thibaut Courtois is on course to win the Zamora prize for the fewest goals conceded – no Madrid keeper has done that since Iker Casillas in 2008.

Zidane also wanted to make the team tougher, more powerful, faster and stronger. Eyebrows were raised when he allowed talented young left-back Sergio Reguilon out to Sevilla. Why were Madrid lending a rival a player who had began to look a safer bet than Marcelo? Eyebrows were raised again when Zidane requested the signing of Ferland Mendy for €40million (£36m). No one doubts that decision now.

Mendy powered into the Granada area in the last game to score the opening goal. It’s not the first time he has been decisive in the opponent’s half, and defensively he has made Madrid far more difficult to penetrate down their left side. 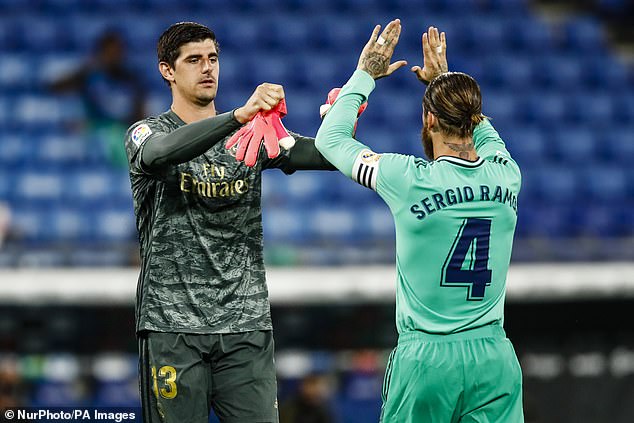 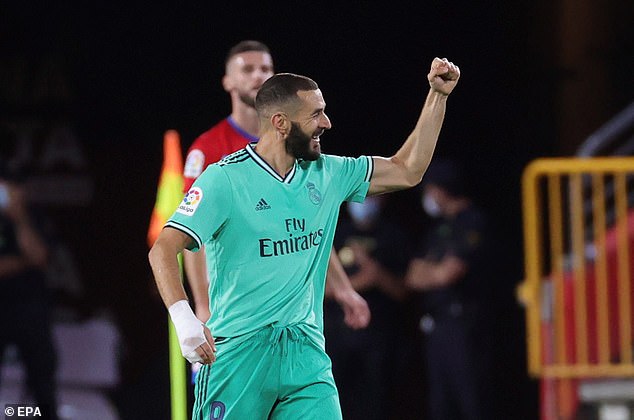 Likewise in midfield there were doubts about the wisdom of Zidane allowing Dani Ceballos to go to Arsenal and Marcos Llorente to Atletico Madrid. The latter decision does now look questionable but as Madrid fans soon found out in the first half of the season when he unleashed the box-to-box phenomenon that was Fede Valverde on La Liga, he knew what he was doing.

Valverde and Mendy have given Madrid the athletic edge they lacked in those years when they were watching the title race from afar.

At the top end of the team Zidane can’t help but be disappointed with Eden Hazard’s one goal in 13 starts and he has been without Marco Asensio for most of the season. There has been no rebuilding of his relationship with Gareth Bale and Vinicius and Rodrygo remain massive prospects who need time to refine their talents.

Against that backdrop he needed a huge season from Karim Benzema, and the 32-year-old who he has always defended and never lost faith in has not let him down. With 19 goals Benzema could even catch Lionel Messi on 22 and grab the ‘Pichichi’ award for top scorer. Benzema has got important goals too – 12 of his 19 have been the first goals in games.

And with Benzema getting scant support from Madrid’s other strikers in terms of goals, Zidane has given the keys to the castle back to his midfielders. For years the team was top-heavy with the BBC front three of Bale, Benzema and Cristiano, now the middlemen rule. 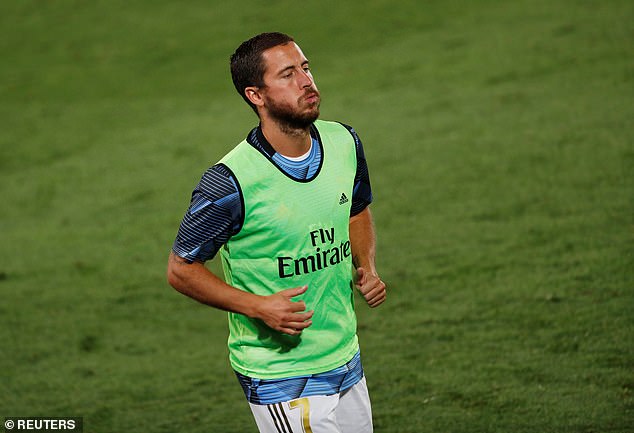 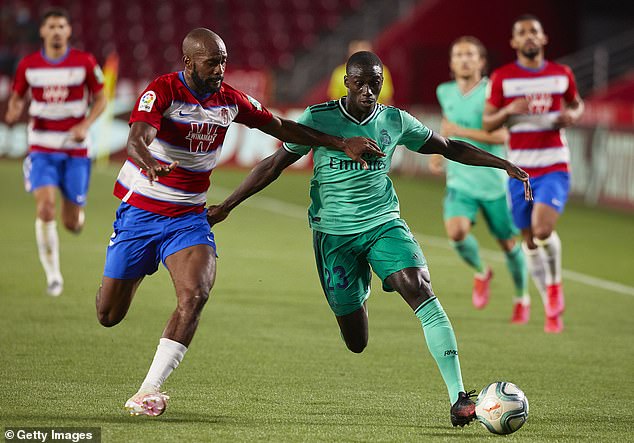 He has never shied away from playing Luka Modric, Toni Kroos, Valverde and Casemiro together at the expense of a third forward and they have repaid him with consistent quality and goal. Kroos, with four, Casemiro with four, Modric (now at 34, the age Zidane was when he quit) also with four, and Valverde with two.

Off the pitch he has talked a good game. Never allowing controversies over VAR or James Rodriguez asking to be left out of the squad, to get in the way of the job in hand. And while Barcelona coach Quique Setien was saying in press conferences that no team was going to win all their games; Zidane was telling his players ‘we can get 33 points from 33’.

They are close to that now. And just two more points from the last six give them the title.

He will be popular with Real Madrid president Florentino Perez if he does it tonight because it is the anniversary of him first becoming president 20 years ago.

In his time in charge he has won more Champions Leagues than La Liga titles – five versus four. That could change tonight.

The domestic crown has been hard to wrestle from Barcelona and even when they have fallen short it has been Atletico Madrid who have stepped up. Madrid are back on the summit now though. And it’s Zidane’s quiet revolution over the last 12 months that has put them there.