By Kate Mcgreavy and Alex Raskin For Dailymail.com

Baseball’s all-time hit king Pete Rose has sent a letter to MLB commissioner Rob Manfred to try to get into the Hall of Fame – again.

He is officially banned from baseball after admittedly gambling on the Cincinnati Reds when he played for, and managed, the team from 1985 until 1987.

An allegation also surfaced in 2017 that Rose had an improper sexual relationship with a minor in the 1970s. 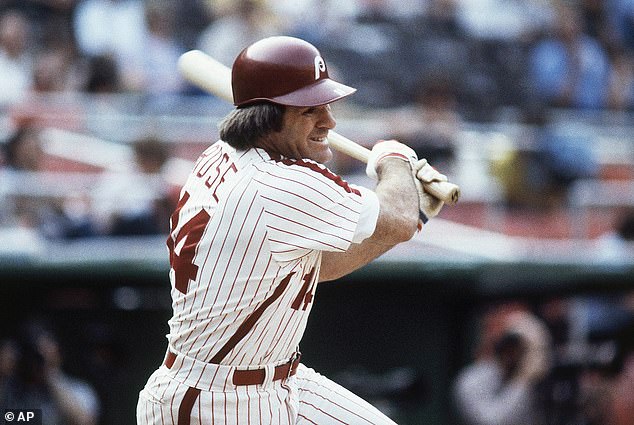 ‘I am asking for your forgiveness. Despite my many mistakes, I am so proud of what I accomplished as a baseball player,’ Rose wrote in a letter, according to TMZ.

‘I am the Hit King and it is my dream to be considered for the Hall of Fame. Like all of us, I believe in accountability.

‘I am 81 years old and know that I have been held accountable and that I hold myself accountable. I write now to ask for another chance.’

In 2017, the Phillies canceled his induction onto the team’s Wall of Fame after a Cincinnati woman said in federal court that she had a sexual relationship with the married Rose that began during his first stint with the Reds in 1973, when she was 14 or 15. 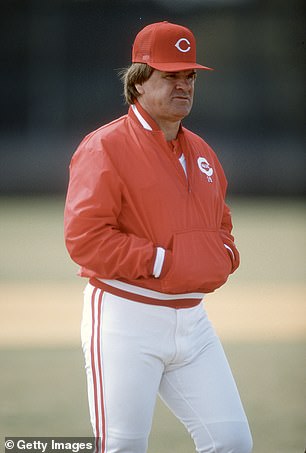 Rose has never been charged with statutory rape and the statute of limitations has expired. Although he has reportedly admitted to the relationship, he has insisted that he believed she was 16 at the time of the affair, making her old enough in the state of Ohio to consent to sexual activity.

‘Sometime after that, Pete Rose and I began meeting at a house in Cincinnati. It was at that house where, before my sixteenth birthday, Pete Rose began a sexual relationship with me.’

The testimony was given in a 2017 defamation lawsuit filed by Rose against lawyer John Dowd, who investigated his gambling in the 1980s.

In recent years, Rose has made appearances at Reds games in Cincinnati, where he is still regarded as one of the best player’s in team history and one of the city’s favorite home-grown athletes.

He last applied for reinstatement in 2020, asking Manfred to grant him access to the Hall of Fame.

Rose and then-commissioner Bart Giamatti agreed to the lifetime ban in August 1989 after Dowd’s investigation found that he placed numerous bets on the Reds, violating one of the oldest rules in baseball.

While he is not accused of betting against the Reds, Rose’s gambling presented a number of problems for MLB, which felt the sanctity of the game was threatened.

For instance, Rose could have held back the team’s best relief pitchers when he didn’t have money on the line, while pushing them t pitch when he was betting on the Reds.

Manfred, in his 2015 denial of Rose’s reinstatement request, argued that he had ‘not presented credible evidence of a reconfigured life either by an honest acceptance by him of his wrongdoing, so clearly established in the Dowd Report, or by a rigorous, self-aware and sustained program of avoidance by him of all the circumstances that led to his permanent ineligibility.’

Rose brushed off sexual misconduct questions when he took to the field with the Phillies’ 1980 World Series champions in August.