‘It shows character’: Peter Crouch and Cesc Fabregas hail Granit Xhaka for turning around his Arsenal career… as he Swiss star puts in a man of the match display in north London derby – three years after he was BOOED off and STRIPPED of the captaincy

Peter Crouch and Cesc Fabregas hailed Granit Xhaka for turning around his Arsenal career after a stunning performance in the Gunners’ 3-1 win over Tottenham.

Arsenal grabbed the bragging rights in Saturday’s north London derby, emerging victorious at the Emirates thanks to goals from Thomas Partey, Gabriel Jesus and a fine third from Xhaka.

Harry Kane had equalised for Spurs but Emerson Royal’s second-half sending off put paid to their hopes of earning anything from the game.

Xhaka himself was awarded the player of the match award and was hailed by Gunners fans.

The Swiss international has had a strained relationship with the Arsenal faithful since joining the club in 2016.

This includes a well-documented on-field strop that saw him taunt fans and throw his shirt on the ground, and led to him being stripped of the captaincy, back in 2019.

However, improved performances since Mikel Arteta took over as manager have begun to turn things around.

Speaking in the BT Sport studio after the game, former Spurs forward Crouch hailed Xhaka’s turnaround at the club. 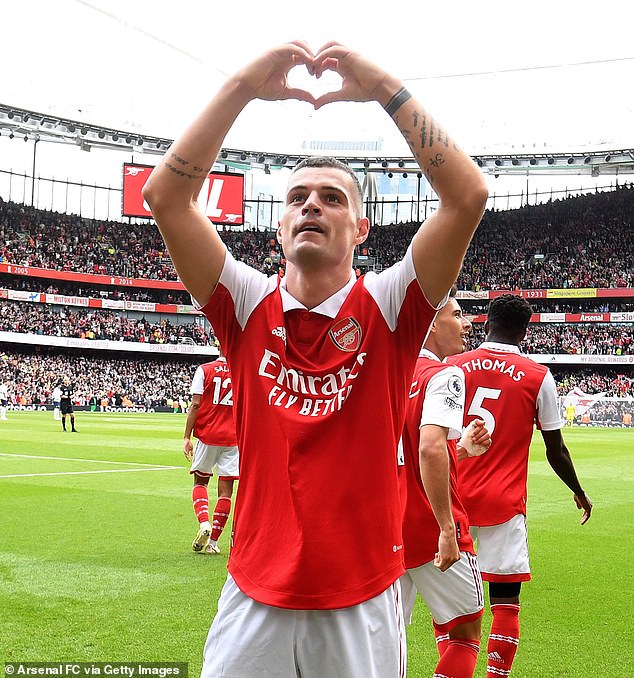 He said: ‘From throwing the captain’s armband and the booing he was getting. The way to come back shows character.’

Xhaka has also experienced a positional change under Arteta, with the midfielder playing slightly further forward while Partey has embarked on a deeper role in midfield.

Crouch believes this has helped Xhaka convince those who doubted him. He added: ‘He owes a lot to Thomas Partey to allow him to play further forward and it is credit to him for turning it around.’

This view was backed up by former Arsenal favourite Cesc Fabregas who said: ‘Xhaka was sometimes too lonely in midfield. His position change has helped him.

‘He struggled in open spaces but is better when Arsenal are more compact and he has more license to go forward now.’

Gunners boss Arteta was delighted with his team’s performance was pleased to see Xhaka add the third goal. 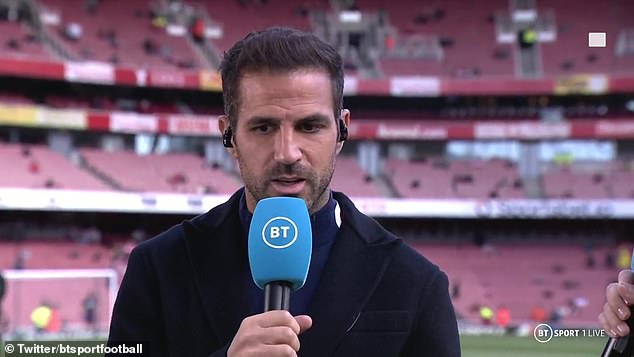 He said: ‘You could feel the connection between the players, the staff and the crowd and I’m so happy because it ws a beautiful day and a beautiful game.’

Xhaka himself was delighted with the three points after the game and believed it was a thoroughly deserved victory for the Gunners.

He explained: ‘Absolutely that is a huge win. We didn’t have much time to prepare due to the interational break. From the first second we the better team.

‘After the goal we conceded we struggled a little bit but it is part of football and the second half was much better.

Arsenal’s win over their arch-rivals extends their lead at the top of the table to four points ahead of the rest of the Premier League’s games. 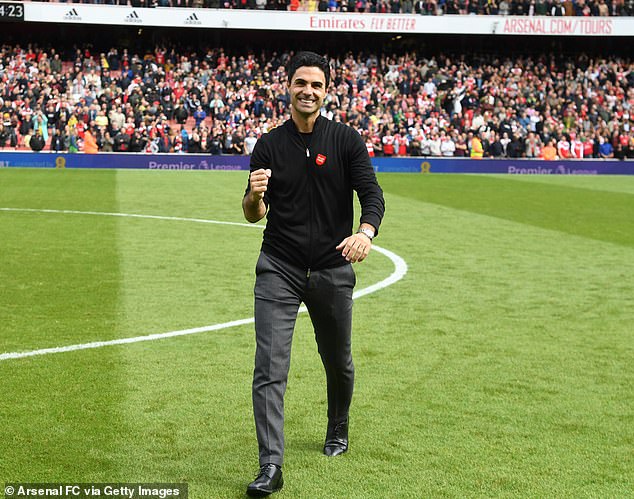