Former Liverpool strikers Peter Crouch and Michael Owen led the plaudits for Mohamed Salah after he scored a stunning goal in victory over Salzburg.

The Egyptian star missed a host of presentable chances before scoring from an outrageously acute angle to complete a victory that sends the defending champions through to the last-16 of the Champions League.

Salah’s goal followed 100 seconds after Naby Keita’s opener as Jurgen Klopp’s side finished top of Group E ahead of Napoli. 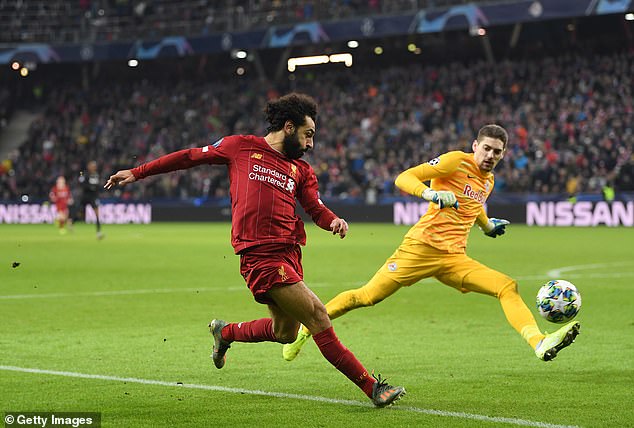 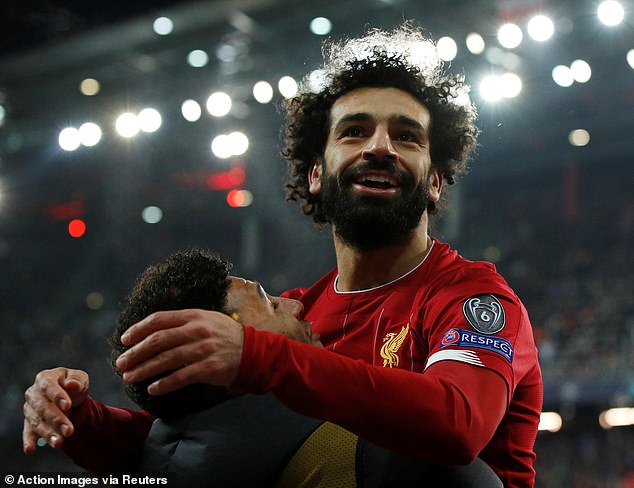 Salah was alert enough to get to a loose header back to Cican Stankovic ahead of the goalkeeper.

He took the ball round the Austrian at speed and then found the far corner with a curling strike on his right foot despite the acute angle.

Crouch tweeted afterwards: ‘Right foot, at pace and curling away from goal. Ridiculous’.

Owen wrote: ‘That Salah goal was off the scale. His hardest chance by far. Everything against him. Wow.’