PETER CROUCH: I hope Jamie Vardy ends up with no regrets over England

What is it like to play for England? It’s a question that I’m often asked. Each time, my reply is the same: there is no higher honour and nothing gave me greater pride.

I haven’t played for my country since getting my 42nd cap against France in November 2010 but I’ve never actually retired. Roy Hodgson took the decision to end my England career, not me. I’m still available and always will be until the time comes to hang up my boots.

Put it another way: I could never do what Jamie Vardy did this week. It’s a huge moment for a player who is still in his prime and operating at the highest level to withdraw from representing England. I hope at some point in the future he does not end up regretting it. 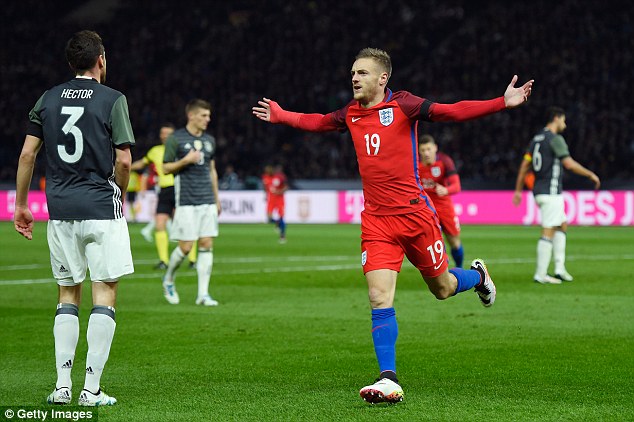 Vardy scored seven goals in 26 England appearances, including a fine strike against Germany

There is no chance I’d have had the kind of chat Jamie had with Gareth Southgate but, equally, I am not criticising him. In many respects, I actually know how he feels and why he will have made his choice. Being on the edges with England is one of the hardest things for a footballer to handle.

It is Jamie’s bad luck that he is around at a time when Harry Kane has made the main striker’s position his own. If Harry is fit, Harry plays and there is nothing anyone can do about that. Harry is one of the best in the world, so nobody will argue that point.

Yet put yourself in Vardy’s shoes for a moment. You turn up, desperate to play but deep down you realise that no matter what you do, you will be sitting on the bench. It is demoralising when you are banging your head against a brick wall, knowing you cannot break through.

Talking about it now, it all comes flooding back. There were some trips when we were away for 10 days but I knew I wouldn’t get a sniff of a kick in a game. You’d find yourself going from training to the hotel and back again. You would be in the group but you may as well have been invisible. Some of the trips left you bored stiff, others left me asking myself what I had actually achieved by being in a nondescript part of Europe unable to help my country. If I thought about it for too long, I’d end up fuming and be desperate to get on the plane home.

The worst part, I’d say, was the 2010 World Cup. Fabio Capello gave me the No 9 shirt before we went to South Africa and I thought I had a real chance.

I’d finished the season by scoring the goal that put Tottenham back in the Champions League and was full of confidence. In South Africa, though, I was effectively a tourist. I got the sum total of 17 minutes in four games and the whole thing felt like a massive waste of time.

I worked out that in the last 11 games I was selected in squads for, I was on the pitch for 93 minutes. I only started one fixture, a 0-0 draw with Montenegro at Wembley. It was, at times, soul destroying.

But then there were the moments when you actually got on and scored or contributed. The feeling on the way home was immense. That’s what I mean about the pride I had of playing for England. Some of the best moments of my life came wearing that white shirt. 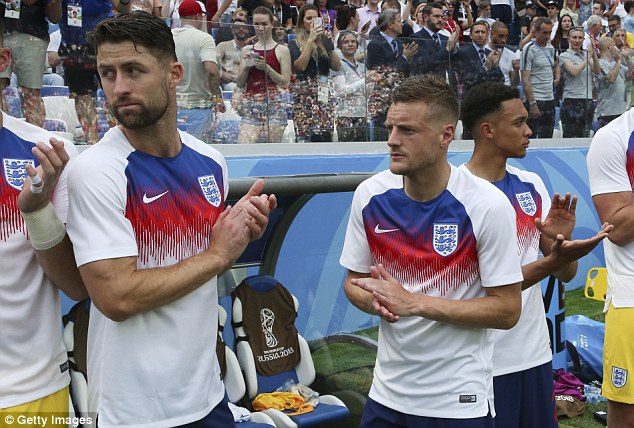 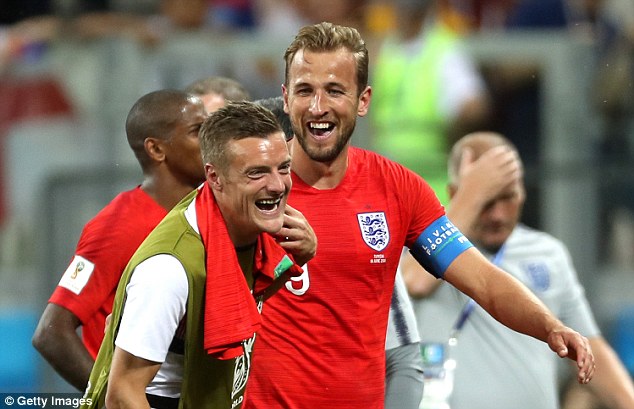 You’ll see why I could never give it up. On the other side, though, I understood why others do, such as Jamie Carragher. He announced his international retirement when we were team-mates at Liverpool. He was in the best form of his career but couldn’t dislodge Rio Ferdinand and John Terry.

He believed that stopping when he did — just short of his 30th birthday — would prolong his Premier League career. There is a school of thought that Carra couldn’t wait to give up on England but, believe me, I know how much thought he gave it.

You will remember the stick he took and how he rang up talkSPORT to defend himself, having heard the criticism that came his way. Emotions run high with these topics and I would expect Vardy will end up getting some stick in the coming weeks, too.

But he knows his own mind and I have to say the breaks he will now get will be to his benefit. The 10 days you get to recharge when you get the wrong side of 30 are a godsend and I’m sure the time he can spend with his family will have a positive effect on his game. It has certainly helped me.

I just hope, however, he hasn’t closed the door permanently. God forbid anything happened to Kane but just imagine if it did. Who would be your first choice if Kane was to get a serious injury? Mine would be Vardy.

It would be such a shame if he ends up with regrets. 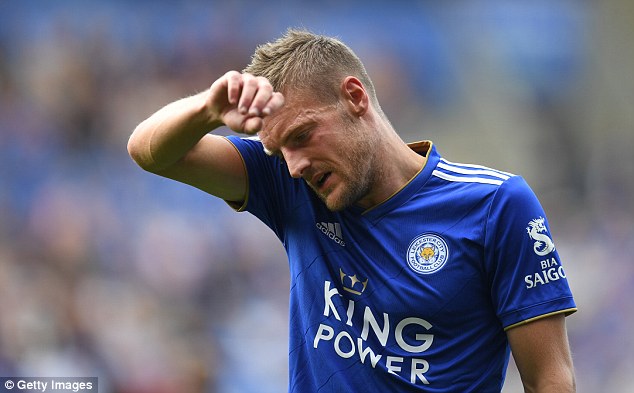 During the peak years of Liverpool’s rivalry with Chelsea, we ensured that we never missed the opportunity to watch Jose Mourinho’s press conferences.

Quite often, he’d have us laughing with the things he said. None of us ever took his attempts to wind us up seriously. We thought it was hilarious and loved the build-up to all those big matches — you could tell Mourinho did too.

That was his stage and he had people eating out the palm of his hand. I had to think back to what he was like in the mid-2000s after I saw him lashing out after Tottenham had beaten Manchester United on Monday. 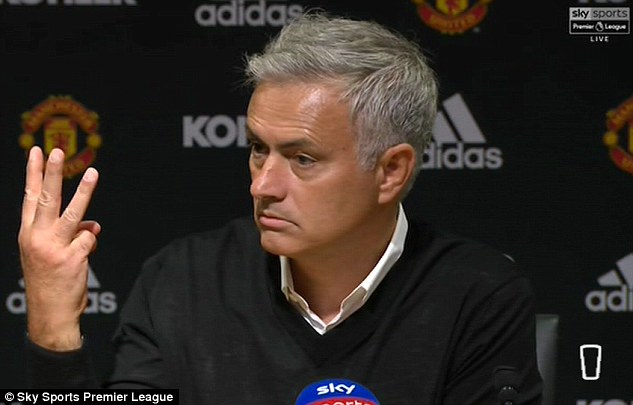 There is nothing funny about the tone he has taken now and it all seems like it is getting personal to the point of being nasty.

It has been a difficult start to the season, to put it mildly, but I honestly don’t think the situation is as desperate as some are saying. We are in a game of fine margins and if Romelu Lukaku had taken his chance in the first half, I think United may have attacked less and made it more difficult for Spurs to create. It could have been a different game.

The game wasn’t as one-sided as a 3-0 defeat suggests and I don’t think it means United are out of the race to finish in the top four, either. Look at their squad again and you can see the amount of quality they can call on. Once they start winning — which they will — United will be in among it.

What I would say, though, is that it can be a bit demoralising for everyone at a club if you are expected to challenge for the title and lose early ground. The way Manchester City, Liverpool and Tottenham are collecting wins, you can see the title winners having another huge points tally.

Every false step, no matter how early, makes it even more difficult to become champions. Perhaps this explains why Jose is in such a dark mood. 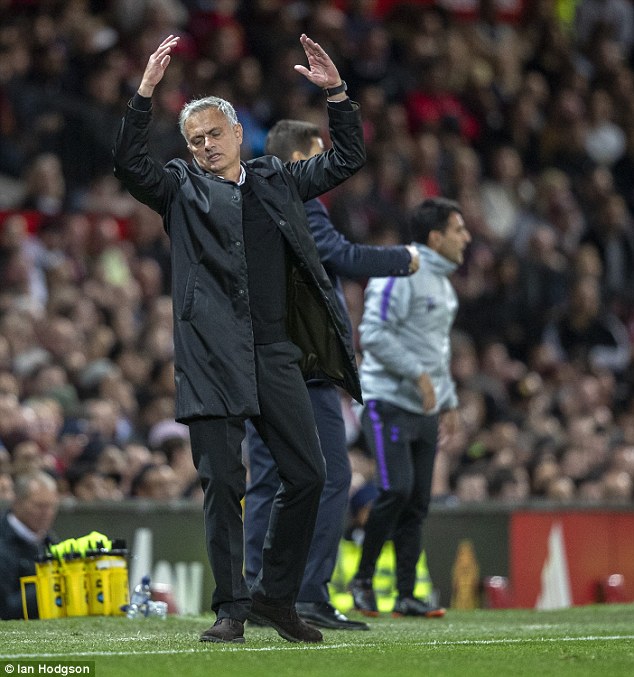 But it is no longer fun to watch Mourinho, whose tone is now bordering on nasty at times

The picture on the front of The Verdict last Monday really shocked me. To remind you, it is a freeze frame of the moment Etienne Capoue ran his studs down the back of Wilfried Zaha’s achilles.

It is one of the worst challenges a footballer can receive. Capoue could potentially have ended Zaha’s season in that moment and I was absolutely amazed the Watford midfielder was not shown a red card.

Look at the picture again and you see his eyes aren’t on the ball. 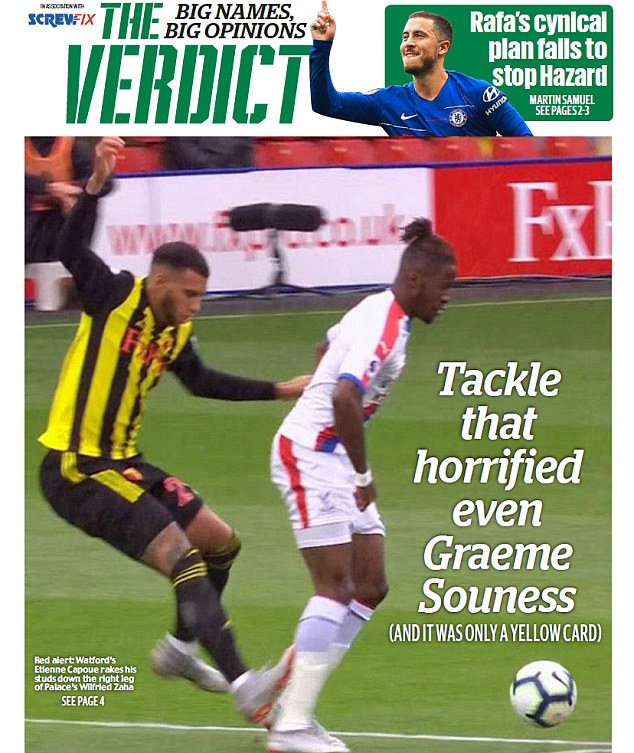 Somehow, he escaped a red card but, on the other hand, Capoue’s former team-mate Richarlison begins a three-match ban on Saturday for the red card he received during Everton’s 2-2 draw with Bournemouth.

By the strict letter of the law, Richarlison cannot complain. That kind of sending off, though, really annoys me. Richarlison never head-butted Adam Smith. If he had actually head-butted him, he would have been rightly vilified and been facing something like a 10-month suspension.

There used to be a time when referees would pull players together after one of those little pushes of the head and tell you to behave yourself and stop acting so stupid — the matter would be dealt with and you’d move on. Now players know how they react can lead to someone getting sent off. 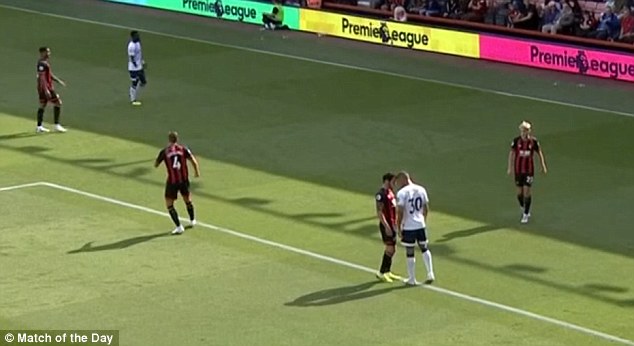 As someone who knows what it’s like to go through a goal drought, I can imagine the relief Saido Berahino felt on Tuesday when he finally scored.

He won’t disagree with me when I say that he did not get to the standards that were required last season, when he found himself out of the team and the squad.

His lack of a goal went back to 2016 but there were many times when he wasn’t on the pitch to put that right.

In fairness to Saido, he came back in the summer and looked sharp straight away. He has worked hard. He had trained during the close season to get ready and in the last few games, he’s been getting into the areas to make a difference.

There’s no doubt that he will be feeling relieved now.

I can remember at Liverpool how the weight lifted from my shoulders when I finally got one against Wigan after waiting 19 matches — the first goal was the spark for a run of seven goals in eight games.

I hope something similar happens for Saido and I’m really pleased he’s up and running again. But, first and foremost, I hope it’s a sign that he can stay in the team on a regular basis. 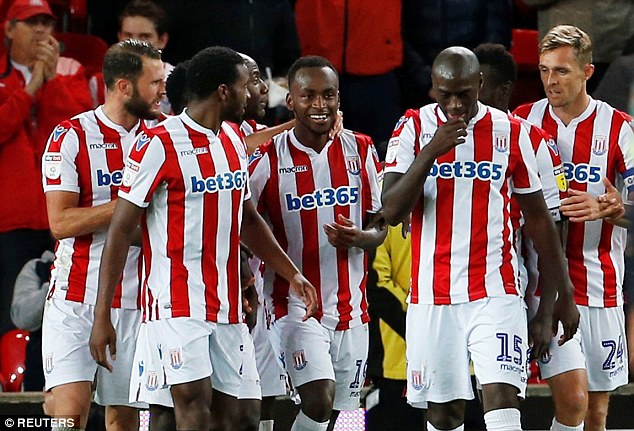 He has something about him that I really like. He reminds me of Diego Costa in some ways, given the emotional way he plays.

He can be hot-headed and fiery but he can play and is doing well for Fulham. 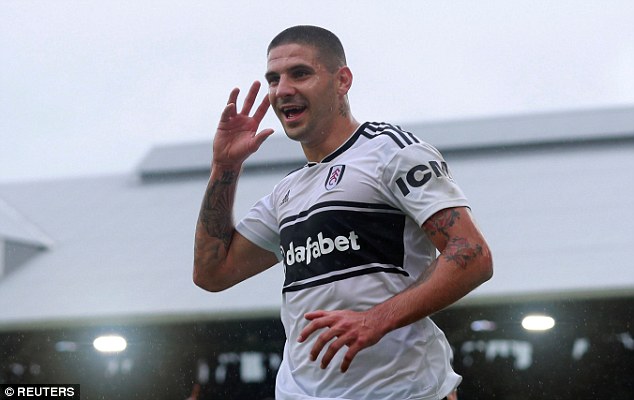 Next up for me…

No rest for me during the international break. You might have heard I have a book coming out soon and I have plenty of promotional commitments next week, which includes an appearance on Radio 2’s Breakfast Show with Chris Evans.

As someone who watched TFI Friday religiously in the 1990s, to say I’m looking forward to spending time with Chris is an understatement.

What I’m listening to…

I see The Kooks have got a new album out called Let’s Go Sunshine.

I’ve got great memories of playing these through some good times in my career. I saw them in Liverpool a few times when I was at the club.

What I’ve been up to…

It’s fair to say my Twitter notifications have been livelier than normal this week with plenty of people sending me clips of Theresa May dancing in South Africa.

When I say dancing, she actually brought out The Robot. I never expected the Prime Minister to be a fan.