PETER CROUCH: Man United’s squad is outrageous, so why are they not ready for a title bid?

There is always that temptation to emphasise the words Manchester and United in the punditry world. This is Manchester United. It is easily done and we all do it. By just repeating the club’s name, you can hold them to a higher standard.

That is so true at the moment. Here is an outrageous squad of players. Top class, quality everywhere, with possibly the greatest player in the world at their disposal. But there still remains a nagging feeling that they are not ready for a sustained title challenge. It makes any conversation surrounding United a complex one.

Ole Gunnar Solskjaer has improved this team and the club. They look as if they are enjoying themselves more. There is that swagger back, they are in the title conversation. They were miles away from that when he took over. 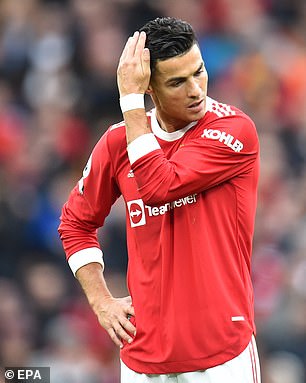 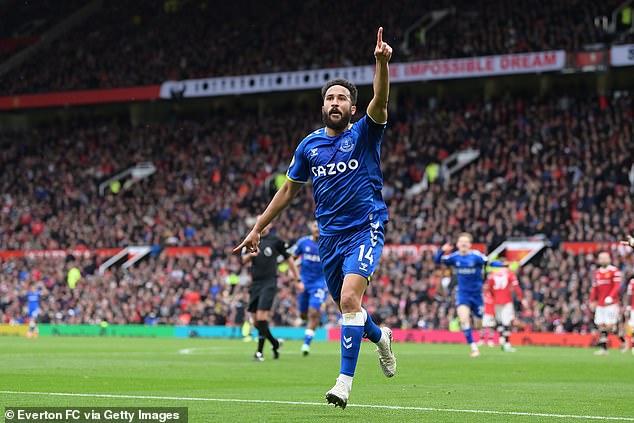 And they are not exactly adrift of the Premier League leaders. But would there be any major surprise if Solskjaer fails to sustain a title challenge? Everton provided some form of proof. Another home game where United ultimately flattered to deceive and those are the occasions where it seems they will continue to falter.

The next four league fixtures — Leicester City, Liverpool, Tottenham and Manchester City — are tough but you would not bet against Solskjaer earning results from any of them. And maybe that is the problem. The way they play is perhaps suited to those tests but then will come a draw with Everton, a defeat against Aston Villa. You cannot go to the next level without ironing out the home issues.

The away record is far better and the reason for that is simple: they only have one way of playing. Front foot, counter-attacking football at pace. Bossing the game in possession, when teams sit in, just does not suit them. It is why they struggle and something that is confusing given the amount of eye-catching players they have — not least Bruno Fernandes and Paul Pogba. 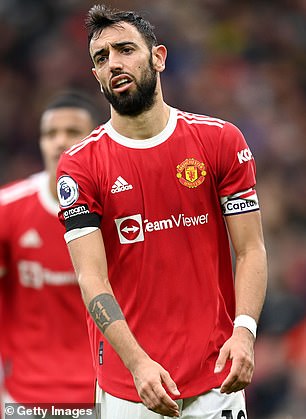 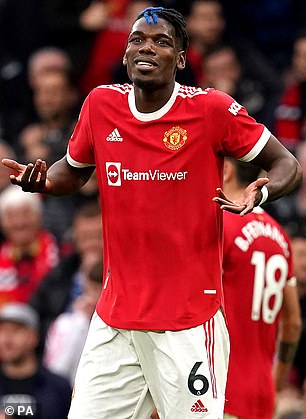 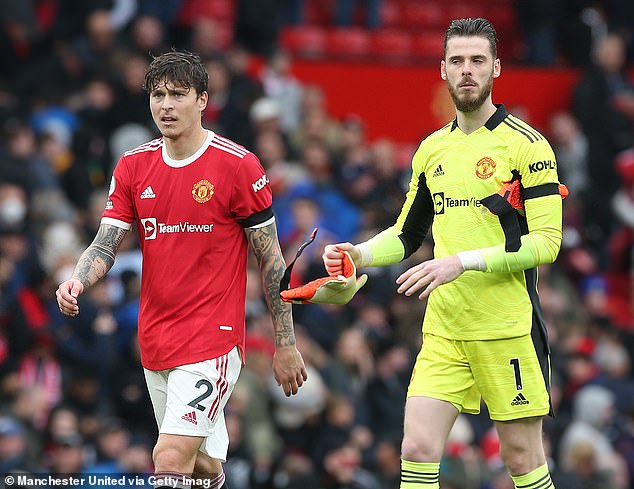 That they are on their longest run at home without a clean sheet for 50 years does not surprise me. Defensively there are issues, and those arise as a result of throwing men forward as they fail to break teams down. One problem feeds into another.

Solskjaer will want a midfielder who can link the different units and act as a stable base when the ball is turned over and every great team needs a defensively-minded man capable of progressing the ball. Xabi Alonso was a perfect example during my time at Liverpool.

Put Declan Rice or Kalvin Phillips in there — spending another huge amount on a new signing — and it arguably becomes the strongest group in the league. That is why it is baffling, with just a central midfielder lacking, that we do not really believe — not when pressed — they can go on and win this title. It is hard to put your finger on, because one player should not define a team’s destiny to such a degree.

Old Trafford is not that daunting now. Teams go there and attack intelligently, picking their moments, and leave with results.

There was no chance of that when I was playing. Leaders everywhere, characters all winning their individual battles. 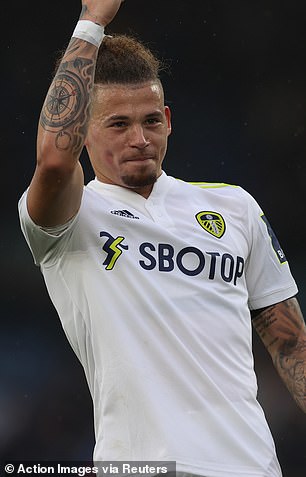 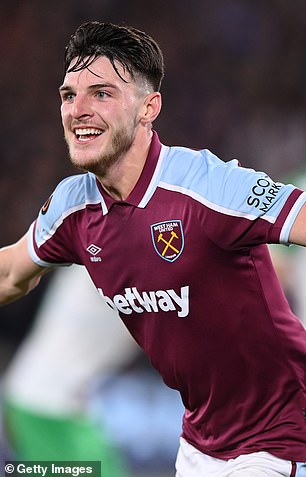 You just wanted to get out of there alive. There were a couple of times, with different teams, where we were drawing late on but it felt futile. A goal was coming. The pressure would tell, something special they had over you.

There was an element of losing in the tunnel. They dominated afternoons effortlessly. Paul Scholes would spray passes around everywhere, you try to get tight and he plays round you. Crosses would rain in relentlessly from wide areas. Holding United off was impossible.

I see fantastic players now but not quite so many in a leadership sense The way in which Ronaldo walked off the pitch was not a good sign — muttering to himself, ignoring everybody and not shaking hands does not bode well.

General frustration must grow more pronounced given the talent they have. They were so lucky in Europe, Villarreal were far better and hugely unfortunate to lose on Wednesday night. 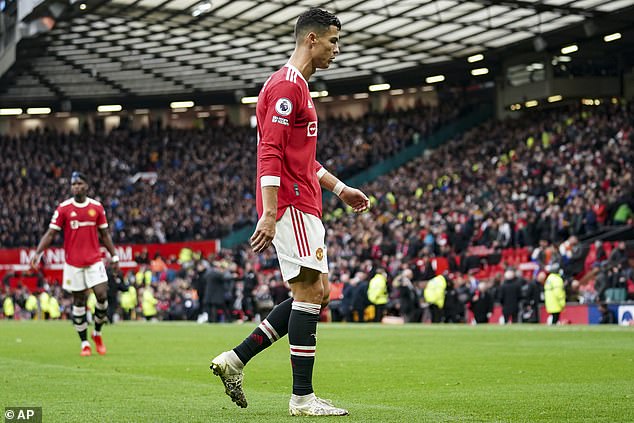 Come May, if United are not up there with Liverpool, Chelsea and Manchester City then questions must be asked. This season is not over — they have the players to go on a fine run — but the manager will be judged at the end.

It is a big few months for the club. They have to challenge. They cannot go much longer without winning anything. It has already been four and a half years since their last piece of silverware, the Europa League under Jose Mourinho.

Solskjaer has rebuilt and deserves credit for improving a club that did not know which direction it was headed after Mourinho. It was awful at one stage. But with what they have now, silverware has to follow.

MORE MANAGERS MUST GET INVOLVED IN VACCINE ROW

Sportsmail’s edition on Friday led on the vaccination process around Premier League clubs presented the thought-provoking angle of how dressing rooms have responded to coronavirus.

The special report stated that two-thirds of the division had yet to be fully jabbed and highlighted that squad dynamics could be influencing those numbers. It made me think back to coming through at Queens Park Rangers as a 19-year-old and how issues were dealt with.

The likes of Chris Kiwomya, Gavin Peacock and Karl Reddy were the club’s senior players and often it was a case of whatever they say goes. Having not achieved anything in the game at that point, you fall into line.

Those senior players police the issues of the day. Sometimes I might not agree with what was being decided but had no place to say anything. 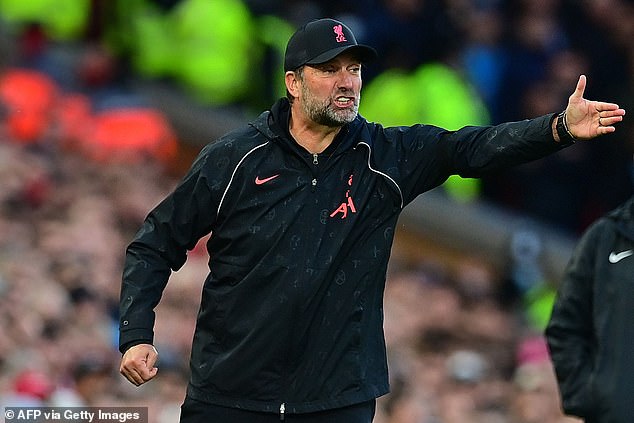 Covid and everything that goes with the pandemic is by no means comparable to a new set of fines, how we as a group respond to a manager or anything else that might be eating us up.

Something as big as this will be discussed as a collective — every club has leadership committees and the environments created lend themselves to more of an open forum.

There will not necessarily be any pressure on a younger player to do something he doesn’t want to do. The world today offers opportunities to stand as your own person with more freedom, whereas in the past it has been more ‘put up and shut up’.

There is, however, that subconscious element to anything. If everybody else is doing it — or not doing it in some cases — then you can definitely feel that weight, with a sense of not wanting to step out of line.

Jurgen Klopp has already spoken out but more managers will have to get involved around vaccines. All they can do is present the medical advice, taken from the experts, in what is a complex topic for some young sportsmen — many of whom hail from different cultures to ours.