PETER CROUCH: Manchester City can become the kings of Europe

This is the season and I say that with confidence. It will be seven years since Chelsea became the last Premier League team to win the Champions League, but I believe the long wait is almost over.

You might think it is premature to make such a prediction, given we’ve only had one side contest the Champions League final since 2012, but our teams have arguably never been stronger than they are now. If you put me on the spot, I’d say Manchester City will be the team to end our hoodoo.

The confidence of these words, though, also come with another prediction. I don’t believe it will be possible for a Premier League team to conquer Europe as well as being champions of England in the same campaign. 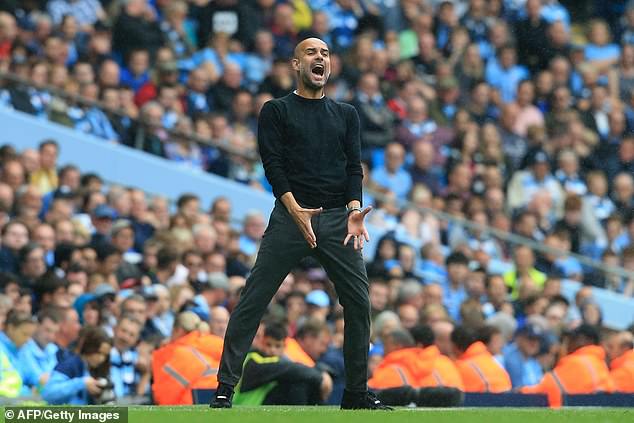 City are best equipped to cope with the demands, but to win both, I am convinced, is an impossible task.

I have heard the argument that Pep Guardiola and City should not put a priority on defending their domestic title so they can concentrate on Europe.

I’ve also heard the theory that Liverpool would be best out of the Champions League to concentrate on winning the Premier League.

In a bizarre way, both those scenarios are correct. If Liverpool, for instance, were eliminated in the last 16 and City went deep down the road to the final in Madrid, Jurgen Klopp’s side would become favourites to win the title. City being off the pace domestically would help them in Europe. We all know the reality, of course, that footballers are greedy — you want to win as many prizes as you possibly can — and none of our clubs will be thinking that doing the biggest double of all is beyond them.

But I know the reality of being in Europe and how those big games drain you physically and emotionally. Stoke played at Anfield at the end of last season, right in the middle of Liverpool’s semi-final with Roma, and we got a 0-0 draw.

Everything about Anfield that day was flat, from the atmosphere to the performance. It was no different during my time at the club 11 years earlier. When Rafa Benitez guided us to the final against AC Milan in Athens, our results were erratic and cost us ground in the league table. 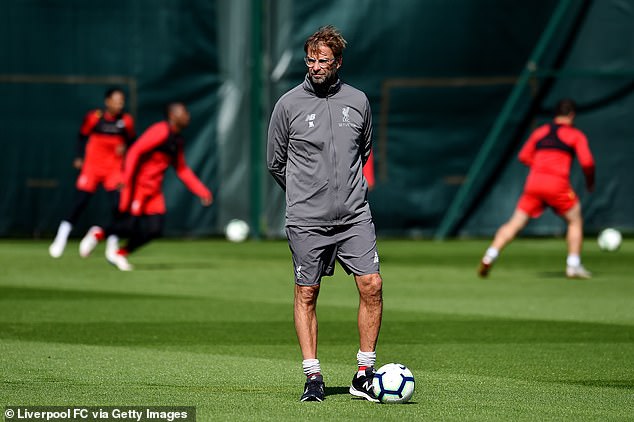 Speaking of AC Milan, when I scored for Spurs in the San Siro in February 2011, our first game back in the Premier League was against Blackpool. We went from winning 1-0 in Italy to losing 3-1 at Bloomfield Road.

The comedowns after the big games in Europe are incredible and in the Premier League you have 19 teams who can all take advantage of your vulnerability.

It might seem an obvious thing to say but the Champions League representatives from Spain, Italy, Germany and France simply don’t have to contend with the same level of intensity in their domestic league.

Those nations have held the upper hand for a number of years and I don’t doubt that Barcelona and Real Madrid, who have made the Champions League their own, will be strong contenders.

I watched Sergio Ramos playing for Spain last Saturday and while he might be the man who everyone loves to hate, you cannot ignore his ability. What a player. He knows how to win. They know how to win. I just don’t feel they carry the same air of invincibility any longer. 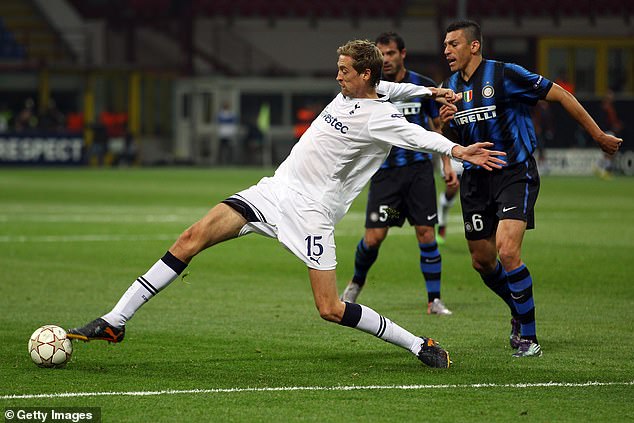 I remember playing in the San Siro in October 2010, when Gareth Bale burst onto the scene

This opens the door for our teams and I can’t wait to see how they fare in the opening round of matches. Liverpool v Paris Saint-Germain will dominate headlines but, personally, Inter Milan v Tottenham is the one that has captured my imagination.

It brings back many memories. I remember playing in the San Siro in October 2010, it was our first big test in the Champions League after we had played Werder Bremen and Twente. The dressing room was a horrific place to be at half-time when, down to 10 men, we trailed 4-0.

The funny thing is, however, nobody really remembers that we lost that night. That was the game that saw the launch of Gareth Bale, who scored a second-half hat-trick and absolutely terrorised Maicon. What he did to the Brazilian in the return at White Hart Lane was even worse.

Gareth didn’t scored in the return fixture but he set two up, including one for me, in a 3-1 win. The noise was unbelievable that night and Inter couldn’t handle our pace and intensity. When it all clicks for English teams like that, those from Europe don’t know what to do.

As a league, we have enjoyed some fine one-off nights in the European Cup since Chelsea last lifted it, but we are crying out for another celebration. I think one is coming next June. I just don’t expect our winners to be top of the pile at home, too.

Ruben and Co must move on

Not many young players made an impression on me like Ruben Loftus-Cheek last season. I played against him twice and the second time, in particular, stands out. He was like a machine, a big, strong powerful lad who could burst away from you in a flash.

I want to see him do well and become a big player in the Premier League, as well as for England so it was disappointing to read comments this week in which he said Maurizio Sarri has told him he needs to understand the game before he can get into Chelsea’s team.

This is the problem all young players are facing now and I’m not sure it’s a problem that is going to be solved any time soon. In order to get to the top, Loftus-Cheek needs prolonged experience in teams who are playing at the top. But ask yourself why a manager like Sarri would prioritise educating a young lad when he has to get results instantly?

Sarri knows he is under pressure to deliver results and if he doesn’t his job is on the line. Why would he prioritise helping a young player if he might not reap the benefits? 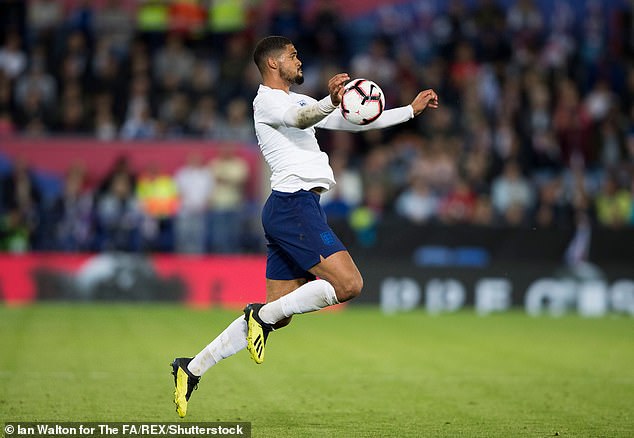 I’m not criticising Sarri, as he is not the only manager who wants ready-made performers. Yet it is increasingly frustrating to see the likes of Loftus-Cheek and Ethan Ampadu, his team-mate at Chelsea who sparkled for Wales last week, kicking their heels on the sidelines when they clearly have ability.

Joe Allen, my team-mate at Stoke, has been raving about Ampadu and you could see why when he played against the Republic of Ireland in Cardiff.

All our top players in the past were playing in the Premier League in their late teens — think Michael Owen, Wayne Rooney and Steven Gerrard — but it now looks more and more that the only way this young generation will prosper is by going on loan. I wish it could be different.

Busy Kane is in a class of his own

The talk about Harry Kane’s fitness is not going to stop any time soon. I agreed with what Gary Neville had to say before England v Switzerland — 175 games since 2015 is crazy — and, for what it’s worth, I thought he looked flat in the World Cup.

You could see it in the semi-final against Croatia, but even before that I thought he was out on his feet against Colombia in the last 16. When you consider that, what he did to finish as the Golden Boot winner was remarkable.

But there is a reason he plays so many games for club and country and all will become obvious in the names I am about to list. I made a note of the strikers I grew up watching in the 1990s: Alan Shearer, Les Ferdinand, Andy Cole, Robbie Fowler, Ian Wright, Chris Sutton, Dion Dublin and Peter Beardsley.

The first five named would be guaranteed starters for England if they were around now. The rest would all be capable of scoring 25 per season. When Chris was the most expensive player in the Premier League in 1994, he couldn’t even get in England’s squad as the competition was so fierce.

Now the lack of depth below Kane is frightening. The options for both Tottenham and England are thin and that is why Gareth Southgate and Mauricio Pochettino keep playing him. If I was 10 years younger I might even have got a game! 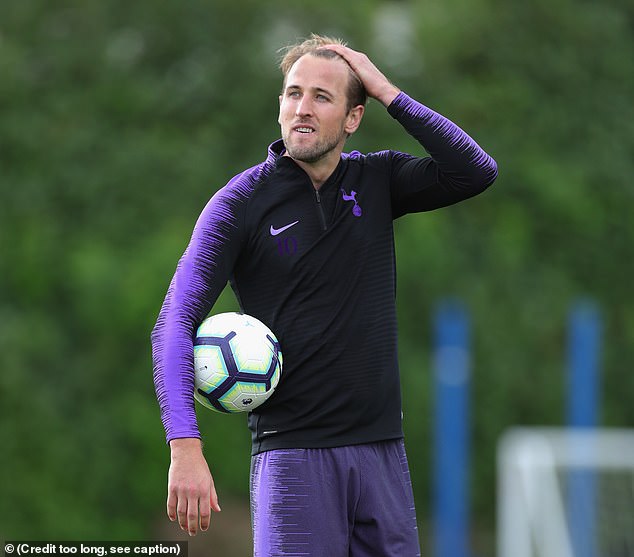 It is three years since Leicester City’s title miracle. They had an amazing team then and while the two seasons that followed were not without issue, I have a feeling this season could see them high-achieving once more.

They have evolved and I love that there are so many good young English players in their team. Everyone knows what I think of Harry Maguire — what a boost it was for Leicester that he signed a new contract — while James Maddison, Demarai Gray and Ben Chilwell are all flourishing.

Maddison was excellent in his opening game at Old Trafford and hasn’t looked back. If Jamie Vardy feels invigorated by retiring from England duty, I can see him finishing with 20-plus goals once again and that makes them dangerous opponents. 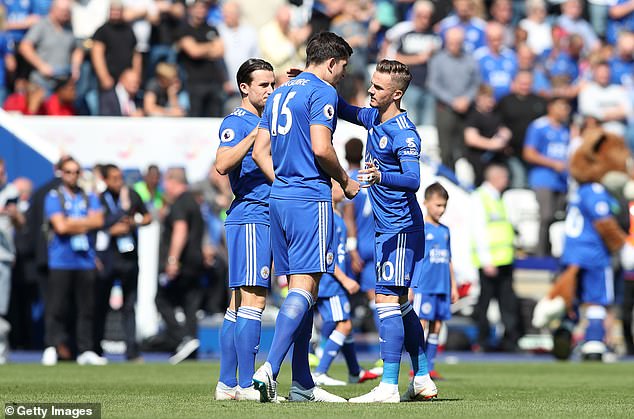 Losing Riyad Mahrez in the summer was potentially huge, but the team look stronger than at any point since they became Champions.

They have recruited well.

I don’t think it would be logical to tip them to get involved in the title race again but I don’t see any reason why they can’t fight for a European place or potentially win one of the domestic trophies. I like how Leicester are going about their business and it would be foolish to underestimate them.

Next up for me…

A full-on week beckons. It’s a trip to Sheffield Wednesday on Saturday, then home games against Swansea and Blackburn. We know the Championship is going to be relentless in terms of matches coming thick and fast, but at least that offers you a chance to make good progress.

It was good to see him make his England debut in midweek. I’ve been watching him very closely this season and was so impressed with him at Old Trafford last month. I knew it was only going to be a matter of time before England called. 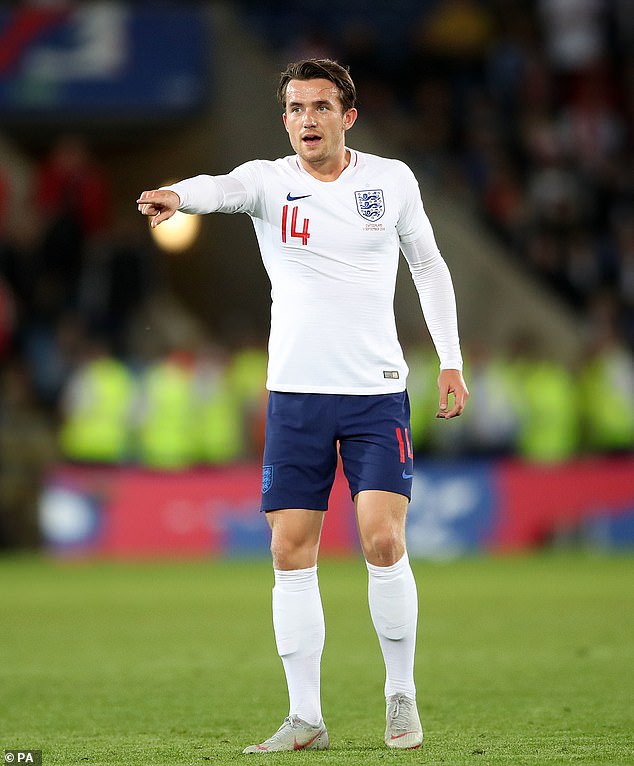 What I’m listening to…

The Arctic Monkeys back catalogue has had plenty of airtime. I went to see them on Thursday night and it was great to hear some of those old bangers, such as 505, played live again. I’m going to give the new album Tranquillity Base Hotel & Casino another listen.

What I’ve been up to…

There was no time to rest during the international break as I had a lot of promotional work to do for my book. Apologies if you have been bored stiff seeing me pop up all over the place — and apologies if you heard me rapping on Radio 1 — but I’ve actually enjoyed doing it all. I was lucky to get great receptions at all the book signings, though they were extra special in Stoke and Liverpool.