PETER CROUCH: Manchester United did not need to give Ole Gunnar Solskjaer the job so soon

The Manchester derby is a game I always remember from my childhood due to the misery it used to bring.

My mum’s family are all City supporters and they hated the match in the 1990s as it was pretty much a non-event. United were so far ahead that what should have been a proper scrap became a damage limitation exercise.

Watching the latest clash on Wednesday, it was clear the tables have completely turned. It was a mismatch. City are so far clear you wondered how it had come to this. 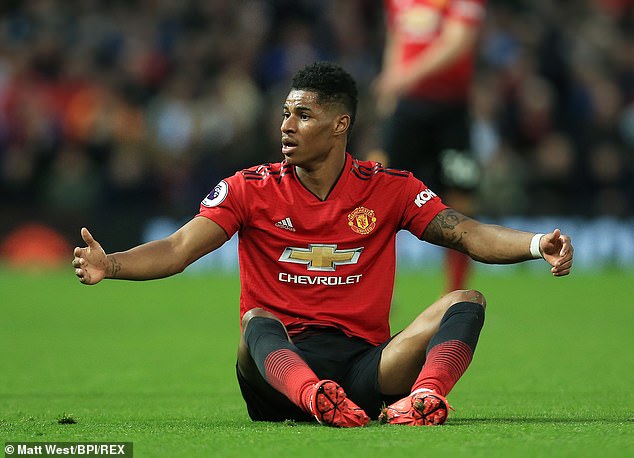 United are a shadow of what they once were. It is open season on them following seven defeats in nine games. I have watched events at Old Trafford this season with an increasing sense of frustration and disbelief; the performance against City was a tipping point.

Back on March 9, I questioned on these pages why there was a rush to appoint Ole Gunnar Solskjaer on a permanent deal. I didn’t say he shouldn’t be manager — he had absolutely earned the opportunity — but there was no pressure on United to do it.

Things were ticking along nicely and they had just beaten Paris Saint-Germain. Since his position was formalised on March 28, they have only beaten Watford and West Ham, and the feel-good factor has gone.

The situation does not reflect well on the players. I have played in enough dressing rooms to know when things turn sour. You could see that had happened when Jose Mourinho was there and it worries me that the fizz and impetus of the first 20 games when Solskjaer was in charge have disappeared so quickly.

After City’s 2-0 win, Roy Keane spoke on Sky about standards not being the same as when he was playing for United and his criticism hit the mark. It’s a privilege to play for a club of United’s size and it should mean something in every appearance. You don’t get to pick and choose the games you perform in.

I was fortunate to play for Liverpool — who, like United, are known throughout the world — and I fully understand the responsibility that comes with representing such a club. Getting to that level is the pinnacle but I wonder whether some United players truly appreciate that. 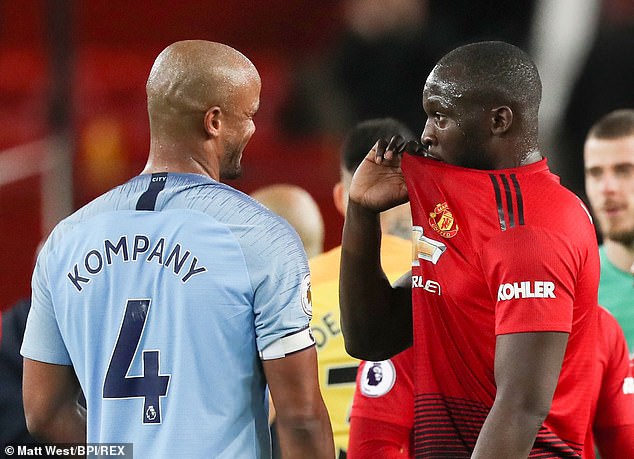 Why did Romelu Lukaku talk about wanting to play in Italy? He should appreciate his position 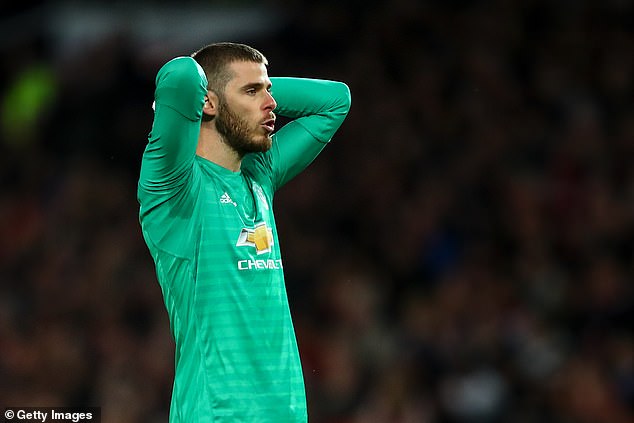 Why did Romelu Lukaku talk this week about wanting to play in Italy? Why is Paul Pogba not silencing rumours linking him with Real Madrid? Things like that wouldn’t have been allowed to happen before, so why is it now?

The situation with Alexis Sanchez is a mystery to me, as is David De Gea’s loss of form. He is class and United have to hang on to him but the troubles he is experiencing are reflective of the club itself.

You can see how much it is hurting some people. I thought Marcus Rashford spoke very well after the City game but a 21-year-old should not have to take that responsibility on his shoulders.

I don’t want to be seen as jumping on the bandwagon but they have serious issues to address. When they play Liverpool or City, I want to see United going toe to toe. I don’t want them to become just another team.

I was the forgotten hero of win at Nou Camp!

Liverpool’s trip to the Nou Camp next week brings back many happy memories.

You may recall the game in 2007 when Craig Bellamy and John Arne Riise both scored for Liverpool after being involved in a fight at training camp when Craig swung a golf club in John’s direction.

Craig celebrated his goal, of course, by imitating swinging a golf club. What you might have forgotten, though, is the critical role I played in that 2-1 win. 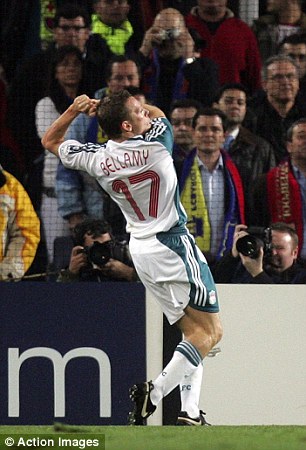 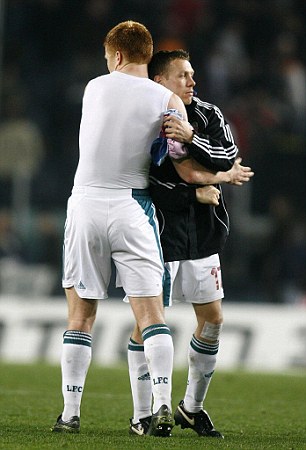 I came on as an 89th-minute substitute, got pushed over in the corner by Carles Puyol and won a free-kick to waste some time. Without that intervention, who knows what might have happened?!

We reached the Champions League final that year and had some world-class players, but I would say in all honesty that this Liverpool team is better. I expect them to score in the Nou Camp on Wednesday and the second leg at Anfield will be an occasion to behold.

Barcelona are fantastic but they will have it all to do to keep Liverpool’s front three quiet. If Jurgen Klopp can mastermind the kind of performance Rafa Benitez did 12 years ago, I can see them returning to Spain for the final on June 1. 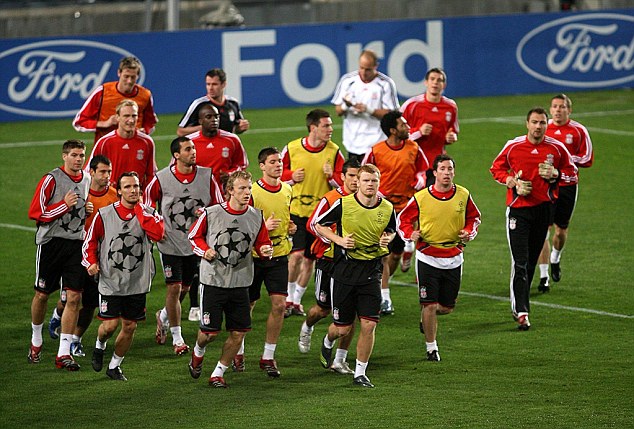 When Stoke played Wolves in a friendly last July, I knew it would be easy to tell the gulf in class.

We had spent 10 years in the Premier League, they were a raw team who had just been promoted. What I didn’t expect was Wolves to look like the team that had a decade’s experience at the top.

I’ve followed them closely ever since and so many of their players have made big impressions. We all know about Ruben Neves but Diogo Jota and Jonny have been superb and Morgan Gibbs-White is going to be a huge talent. 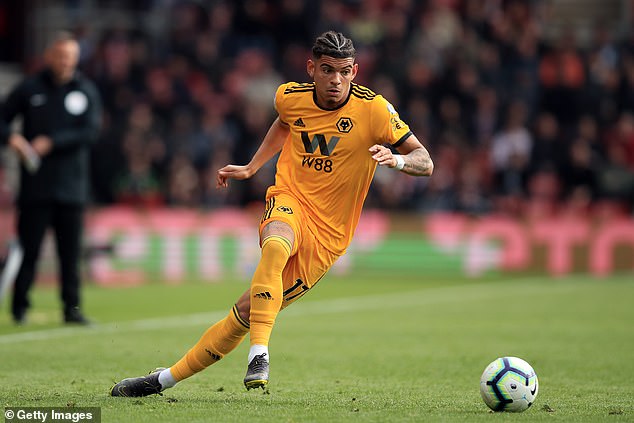 From what I hear, they are going to spend big again this summer and really consolidate the work they have done. If their purchases prove to be as good as the ones they have made so far, then Nuno Espirito Santo’s squad will continue to be a threat.

I watched them blitz Arsenal on Wednesday and I can see results like that becoming the norm. I knew last summer they were a team going places and they can be rightly satisfied with their season.

Everything is about Sunday. I have a few friends and family coming over from Liverpool who, shall we say, are going to be giving my Burnley team every bit of encouragement they can from the stands!

The improvement he has made over the past 12 months is extraordinary. Hopefully we still have a few more years to enjoy the magnificent David Silva but Manchester City have his heir. What a player.

Work, work and more work. I have managed to train every day this week and, fingers crossed, hope to be on the bench for Sunday’s big game against Manchester City at Turf Moor. I can’t tell you what a relief it is to be back among the lads.

Ride are a band whose members include Andy Bell, who used to play with Oasis. They have an album called This Is Not A Safe Place coming out this summer and the track, Future Love, is top drawer.